Skip to main content
Bailey Hu studied abroad for a semester in Harbin, China, from February through May 2014. After growing up in North Carolina, she went to New England for college. She is currently an undergraduate senior at Brown University majoring in Comparative Literature and East Asian Studies. 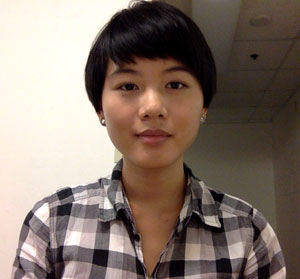 Bailey:Before I came to study abroad in China, I had been contemplating working there after graduation. I was interested in East Asia in general and Chinese culture in particular, but first I had to know if living in China was feasible for me.

Would my language skills be enough? Would the culture shock overwhelm me? In that sense, studying abroad was an experiment, a way of testing the waters. And after a semester, I knew that I wanted to come back.

My Chinese wasn’t perfect, but it was good enough for me to explore the new world I’d been plunged into. Sometimes I felt alienated by the cultural differences between me and the Chinese people I met, but my curiosity about their views helped me to work past that.

So in terms of my future, studying abroad helped me confirm that at least over the next few years, I wanted to live and explore more of China. 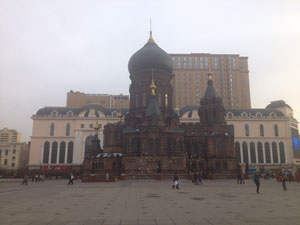 Bailey:During my semester abroad, my favorite experience outside of Harbin was probably traveling to 北戴河 (Beidaihe), a coastal area near Beijing.

My study abroad program held small excursions every weekend, and during the last weeks they took us on a three-day trip to Beidaihe. It provided a relief from both studying and Harbin’s weather. Although the area catered heavily to tourists, we went during the off-season and didn’t have to deal with bustling crowds.

There were a few historic sites that we visited, but my favorite experience was walking along the beach and the mostly empty streets. Possibly one of the best things about China is that everything is relatively cheap; thus, without spending too much, I and some friends could rent tandem bikes or pedal boats.

I remember Beidaihe as an idyllic vacation spot, providing a brief respite before finals and the end of the semester.

Bailey:I’d visited China with my family several times before I studied abroad, and I thought I had a pretty good grasp of various regional Chinese cuisines. When I arrived in Harbin, however, I realized that I’d been missing out on 春饼 (chun bing) all along.

Like many things in China, eating chun bing is a communal activity. It’s best to visit a chun bing restaurant with several (hungry) friends. That way, you can order multiple fillings for your bing (a cross between a flour tortilla and a crepe).

The bing arrive in stacks, so thin that you have to gently peel them off each other. But the main highlight of the chun bing experience is the filling. Although most types are some variation on thin strips of stir-fried meat, restaurants often also offer stir-fried potato slivers or scrambled eggs with delicious sauce. Writing this is making my mouth water, so suffice it to say chun bing are one of things I miss most about Northeastern China. 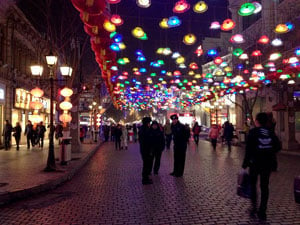 Bailey:After my semester abroad, I found a summer job teaching English in a different region. It was during this time that I made most of my Chinese friends. I realized, looking back, that I could have made a greater effort to reach out to the Chinese students around me while I was in Harbin.

There were a few possible excuses for my neglect: my coursework kept me busy, I lived in an international dorm (although I had a Chinese roommate), all of my classmates were American, and they just seemed more accessible because of our shared culture.

CET Greater China Programs offer intensive language and internship options in five locations. Looking for a full-time language pledge to immerse yourself in Chinese language and culture? CET Beijing, CET Harbin, or CET Kunming might be for you! Want to intern internationally while taking electives...