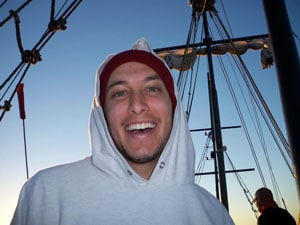 Josh: Magwinya is a must have South African delight. What's in it? Meat. If you need more detail, I'd guess liver. It was like a (insert favorite fast food dish) on a croissant. Some people called them fat cakes, and I called them lunch. It was cheap, local and a nice way to relate with people.

I would walk down the same road in a township named Gugulethu most days for lunch in the basking heat of the African sun. Children would be riding their bikes past me and the line to eat grew from outside of the little hut that served everyone. In the same town that had the fat cakes was a restaurant named Mzoli's, which for any meat lover, is a paradise. The basic premise is as follows: 1. Go to the raw meat bar and choose from different cuts of sausage, lamb, beef. 2. Hang out in a giant block party-like atmosphere while it cooks. 3. Receive the incredibly cooked meat on a platter and chow down without utensils.

Josh: The social aspect of the program was a huge boon to my overall experience. I was paired with a random roommate who was also interning/studying in Cape Town. We could not have been more different, but to this day we remain good friends.

There were events organized by Connect-123 - like a gathering at the local vineyard, volunteering in both natural and humanitarian settings, happy hours and a housing situation which led to all of us interacting on a daily basis. It was like a luxury dorm apartment with a gym on the roof and full amenities. I felt as if I always had an incredibly safe home to return to and it was close to grocery stores and local transportation. 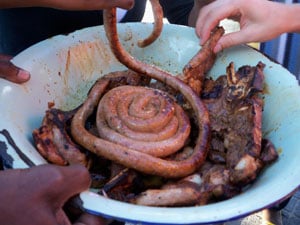 Josh: I found Connect-123 online by typing something generic like "work abroad." I came to Connect-123 and saw that they paired applicants with jobs based on specific qualifications.

As a Drexel Co-op, who needed prior approval, it was imperative that my school approved any job I chose through an independent search. I gave them qualifications based on my major and personal goals and they matched me with an internship.

I could not have asked for a better job. I helped coach soccer and basketball during the evenings and implemented a short message system mechanism through another partner that helped the organization monitor the progress of the organization for potential and past donors. I worked hard, but it barely felt like work.

Tell us about an experience you could not have had at home.

Josh: I can't remember where I was headed, but I was lost. I stopped in to one of the local fast food restaurants and asked a man who was sweeping the floor for directions. He put his head down in a bashful manner and told me he did not know and that I should ask someone who was white. 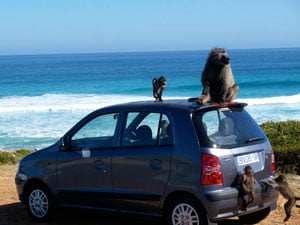 These words will always haunt me. The indoctrination of the apartheid was so severe that over a decade after it's own collapse, some victims still believed in their own inferiority, despite its baseless nature. The apartheid was a shameful chapter in the era of South Africa and the world as a whole. To see the ripple effects of a devastating mental warfare on a class of people is a reminder to all that societal progress can sometimes lag laws. The South African constitution is one of the most progressive pieces of legislation ever written and still society struggles to adopt its code.

South Africa is full of so much beauty - both physically and through its people. South Africa is a place to expand one's horizons, learn on a daily basis and help to make sure something like the apartheid never happens again.