Skip to main content
Hi everyone! :) My name is Andrea and I'm an International Relations and French major at Stetson University in DeLand, FL. I originally come from Recife, Brazil, but I've done most of my high school years in Richmond, VA (I was an exchange student for 2 out of 4 years of high school). I love listening to music, reading, doing yoga, traveling and learning new languages/cultures. 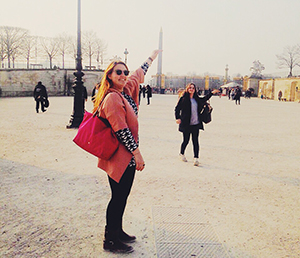 I picked EF Paris because as a French major, I was given the opportunity to study abroad. Apparently, the Paris program was a one-time exchange with my university, so I decided to go ahead and do it! I had been to Paris before, and since my grandma is French, I wanted to further learn and immerse myself in the language and its culture. I couldn't haven chosen a better program!

I wish I had known more about traveling in Europe itself, and how to manage my time and budget. As I found out I had been accepted to the program, I started making all these plans of visiting different European cities. Well, in four months I only went to Zurich, Amsterdam, and Dijon.

Don't get me wrong, I feel so blessed to have been able to go and explore these places; however, I wasn't able to go to many others I was aspiring to.
I also wish I had been given the chance to choose between home-stay and the school dormitories, which was a better way of integrating with the students from EF.

I learned to know myself better. I learned that I could, in fact, conquer my worst fears, I could be independent and do things on my own, and I could live in a sort of unknown place - I had only been to Paris once before my study abroad program.

Those things only helped to reassure me of my potentials and abilities, and I matured and grew up as a human being. I was able to broaden my perspective and observe things from a different point of view. I felt (so cheesy, but true) alive, because I could do what I wanted, whenever I wanted, and it felt pretty great. I loved exploring Paris, living like a Parisian instead of a tourist, pushing myself to try and merge with the habitants. 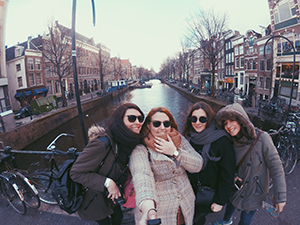 GO AHEAD AND DO IT. Don't even think about it, just put yourself out there. Before I went abroad (as a college student, completely different from high school), all I heard was "best semester of my life!". I struggled at first to understand how being away from your school, your friends, and your comfort zone could be the best experience ever.

Truth is, once you get out there, you don't want to go back. I didn't. I came back to Brazil for vacations and it sucked for the first few weeks. I miss my PARISIAN friends, I missed my PARISIAN routine, and most of it all, I missed Paris, I missed speaking French, and I missed this fascinating feeling of just being there.

It's a time for you to know yourself better, a time in which it's just you and whichever city you are. You can be anyone, no one cares. You have the opportunity to broaden your horizons and explore! 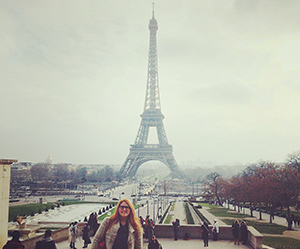 At home, I wouldn't have been able to walk everywhere (let's be honest, at least where I live in the US, we drive to each and every place. People drive from the dorms to class, come on! ahaha), to take the metro, to just sit at Place des Vosges or Jardin des Tuileries after school, sip a drink and read a book, have a picnic with friends au bord de la Seine.

But most importantly, I don't think I would have had the chance to grow up, even though I considered myself mature ""enough"". There's always a chance to improve in something, in anything. It wasn't easy at first, adapting to the Parisian life. People were always running around, busy, hurried to catch the metro so that they could get to work in time.

One thing that really surprised me was, in fact, a week before I left, all public transportation was free from Friday-Monday. I was a bit surprised, thinking it was a prank. Since the level of pollution was so high, the RATP (the Parisian public transportation system) decided to promote it's service by giving a gratuity to all. I thought it was such a great idea, since it was so so hard to breathe when we got outside.

Learn French with EF International Language Campuses in Paris or Nice. Our fun, interactive courses will have you learning better and faster from day one. After class, you will explore your new destination like a local, practicing French and networking with EF students from over 100 countries around...