Skip to main content
I'm a 22 year old law student at the University of Auckland. I moved to New Zealand from the UK when I was 9 years old and until my volunteer trip, that was the last time I had ever been on a plane. So I turned down a law internship over the summer to go and spend the time volunteering in Uganda and it was the best decision I've ever made! 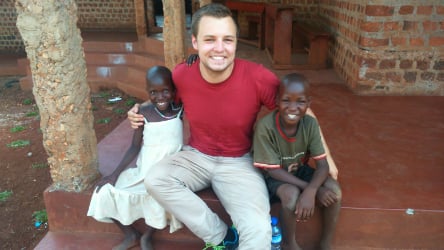 They had so many placements all over the world and seemed really laid back and approachable. When I got round to e-mailing them, they were friendly, knowledgeable and really seemed to care about what they were doing. As someone who had only just waded into the world of international volunteering, that made such a difference for me. 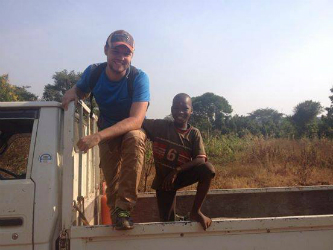 Greg: That they should do it without thinking too much. When I was preparing to go, I thought too much about 'what-ifs' and whether or not I was making a good choice. When you're wondering whether or not to go and volunteer overseas, you really can't go wrong.

No matter where you end up, or what kind of an experience you have, you'll have made a positive difference to someone's life, somewhere in the world. At the end of the day, you can't go too far wrong if you can look back at the time you spent overseas and be able to tell yourself that.

Greg: Leaving behind all the certainty and familiarity to do something so different was difficult for an inexperienced traveler like me. I've always been a bit of a homebody- the last time I went abroad was when I was 9 years old, and that was with my family close by at all times. So leaving behind the comforts of home and friends and family to go and spend two months overseas volutneering solo was a daunting proposition.

Greg: About when I stepped off the plane in Uganda. I'd spent 30-something hours in transit and hadn't spent much time letting the reality of what I was doing sink in. But when I stepped off the plane in Entebbe, Uganda, and was hit with a blast of heat and a concoction of unfamiliar smells and sounds, it suddenly dawned on me that for the first time in my life, I was on my own.

I know nothing about the language or culture, I have one small duffel bag to live out of for two months, not very much money, and I know very little about who is picking me up or just what the next two months will entail. No parents or friends to fall back on- just me and my duffel bag. It was the first time that I knew I had to rely on myself.

At first, it was a terrifying thought, but then it was replaced by pure excitement, and I understood what people mean when they talk about 'wanderlust'. I try my best to describe that moment to anyone who is considering volunteering, because I'll never forget it. 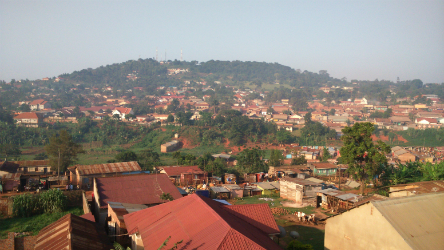 Greg: One of the most important things I learned was pretty simple- while I was volunteering I was immersed in a whole new society, which was about as foreign to me as it could have possibly been. I spent two months in Uganda and learned so much about the people and culture that I really felt I was a part of it.

This was a society that I didn't even know existed or couldn't have imagined before I went there. The thought that there are thousands of communities around the world just as wild and different as this one left me with a huge need to get back out into the world and discover new people and places all over again. So instead of slotting into a grad job next year, I'm going to take the year to do just that.

There is a desperate need for volunteers in Uganda. Love Volunteers works with a local NGO to provide childcare services, healthcare, and various other services to communities in and around Kampala, Uganda. There are a number of ways to contribute during your time in Uganda, visit the Love...