Skip to main content
Born and raised in Chicago, Chris moved to Costa Rica looking to teach English, master his Spanish skills, and explore life outside of the United States. Since being in the country he's taught English to students ages four to sixty-four, become fluent in the Spanish language, and has had a huge role in the development of Tico Lingo and it's various programs in the community of Heredia Costa Rica

... he also fell in love with a Costa Rican. 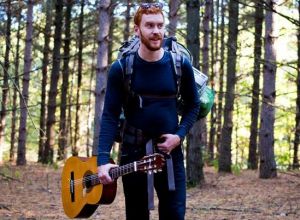 Specifically though, we had a student who was a classical musician play a concert at the school. He met a lot of people and made some great connections in Costa Rica. Since returning to the States, he's kept in touch with them and is planning to return to play a show at some of the larger music-halls in Costa Rica. Very cool.

Tico Lingo offers the most personalized and immersive Spanish programs in Costa Rica. We offer students a relaxed learning environment with small classrooms, free coffee, and good vibes. Our Intensive Spanish Immersion Program aims to give students linguistic fluency through cultural immersion and...