Accent Français provides a wide variety of French courses and accommodation options to meet your individual needs while studying in Montpellier!

General French: Our General French courses are designed to help you understand, communicate and express yourself orally and in writing by developing all four skills (speaking, writing, reading and listening) on a daily basis. These courses are based off of the Standard French course ( 20 lessons/ week) and include multiple options for additional group and/or private lessons.

I am writing this review out of utter anguish and pain because of the way this horrible school treated me. First of all, I want to start by saying that I booked almost a 4-month long course here which costed me around 5100 euro and this school shamelessly took all of my money without refunding it. I do not even know where to start on how about this school is, but I will first start by accommodation. I chose to stay in the studio provided by the school and it’s a very small, hot, underequipped studio with tons of problems. I paid 700 euros a month for it and director of this school told me before my arrival that I am enjoying a very special price. Little did I knew that when I came here it was worse than a prison cell and when I told the French residents who live here that I’m paying 700 Euros, they were baffled and told me that I am brutally scammed.

Next part. The director of this school. Before arriving here, the director of this school told me how great her staff and the studies are, and since I needed to pass my C1 exams, I took the bait. When I arrived here, I found the staff were not very helpful and were straight up liars without any shame. They put in the wrong level from the get go and I was not able to understand many things that were discussed in the class. I also have a problem with anxiety and being in the wrong class made things worse. One of their staff members told me that they will put me at the right level from next week but then lied and told me that they will put me in the right level from next month. This technically means that I will lose money by being in the wrong class. On top of that, I found that the teachers here are largely incompetent and slow, their teaching styles are absolutely horrible and they pass most of the time chit chatting with their favourite students in class.
This is just the beginning of the story, I caught two of their staff members mocking me and making fun of me and as soon as I entered the building they stopped. I complained to the director of this school who then started to completely ignore all my messages and when I got frustrated and told her that I feel like I am getting scammed, she in return accused me of harassment. So technically they harassed me and were abusive with me, and when I complained to fix the problem, they turned around and accused me of the same thing that they were doing. I decided to leave this school because my anxiety got worse and it was extremely hard for me to arrange 5100 Euros so I begged the director of this school to give me some of my money back. She refused, I asked her if she can use the enormous amount of money, I sent her for private lessons. She refused again saying the contract doesn’t allow her.

She said that there is not a single possibility that I will get anything back. She kept on proposing me low-class courses to attend and I told her that I have a problem and I want to return to my country and I would’ve been perfectly okay if she would’ve given me at least some part of my money, but no! She didn’t show any compassion towards my medical condition or my financial condition. Moreover, she even took the 220 Euros that I paid for the examination fees and refused to even refund that even though this money was not even supposed to be for the school.

So, a recap. They offered horrible accommodation, they offered horrible courses, they put me in the wrong level, their staff made fun of me, when I complained and said that I no longer want to continue, the director did not refund me a single dime and on top of that accused me of being a bad person. I never seen such dishonest, deceiving, disrespectful people in my entire life. I will never forget the emotional and financial stress this disgusting school has caused me. Best French school with 22 years of experience. Sure! Most people book for 2-3 weeks so they never see the other side of this school. But I will never forget the lost money and the psychological hell they put me through.

I would also like to mention that these people threaten police action against students who leave negative reviews as well. It's too bad that I fell in the trap of their positive reviews and chose this school. I wouldn't even recommend this school to the worst of my enemies.

Studying at Accent Français means entering a world of adventure and knowledge. At the same time that you learn French you know and learn about this culture so beautiful and always super attentive team that will always be there to help you. I was in 2013 with you and now I've spent a wonderful year with you. Thanks for all the teachings and all the good times I spent studying with you, you guys are awesome! Muito obrigado e um grande beijo!

My time at Accent Français was incredible. I spent 8 weeks learning french at the school and living with a host family. I was supported and challenged well by the teachers and the other administrative staff at the school. The administrative team works very hard and is able to handle problems quickly, with the safety and the best interests of the student always a top priority. The teachers do a great job of creating a fun, safe environment to learn french, ask questions, and make mistakes. At a place like this school, friends are made quickly, and there was always a lot to do in the city. My french improved so much during my stay! I would go back again in a heartbeat.

What would you improve about this program?
More advertising for opportunities to interact with French natives.

I came to Accent Francais through my school to finish part of my degree. Before I went I thought is was just going to be the same as the school in the United States. However, I was really surprised when it was completely different. I remember my very first day and it was very overwhelming; I walked into class and everything was in French. I had some practice prior to going but is was not nearly enough. I really thought it was going to be impossible to pick up. I had to give it some time and I ended up having the time of my life. I made great friends in my classes and participated in the school events which helped with the language barrier. The best part for me was going on the weekend excursions the school provided because you could see the south of France without breaking the bank. Since I have been done, I wish that I could go back and continue learning French. I would recommend this to anyone interested in France because it is an experience of a lifetime!

Having chosen to study French during my Gap Year it proved to be a difficult task choosing a language school due to the fact that there are many all over France! Once I had narrowed the search down to Montpellier it then became a little easier to choose a school.

When I arrived in January the welcome from the staff and students was lovely, there was always somebody there for me if I had any queries, however small or large they might have been. It was very easy to settle in and I would say that by the end of my first week I felt completely at home and welcomed into the "big family" that is Accent Français.

As regards to the lessons, I really enjoyed the morning sessions where we would discuss a topic that we had chosen the week before (Level C1) incorporating all the vital skills of listening, reading, writing, speaking and grammar. In the afternoon I had booked onto the DALF preparation lessons for my exam in March and during these lessons we really focused on the skills needed to succeed in each section of the exam.

Accent Français proposes excursions every weekend and fun activities throughout the week which, I believe, bring all the students and staff closer together. Personally, I found that although there was a certain level of formality, the school felt more like a big family that grows and shrinks with the arrival and parting of new and old students.

I would 100% recommend this school to anyone who is interested in learning/improving their French language skills.

View from the roof of the ' Corum'

I really enjoyed staying here in Montpellier with Accent Francais.
It is such a lovely city with nice weather, great food, kind teachers, good friends.
I took a beginning class of learning french. The academy, Accent Francais, helped me a lot stay well in here.
They provided me good learning programs. Teachers are really nice. They taught me very precisely in every class with endless smile.
Also, there are so many good programs in Accent Francais such as excursion programs in every week.
I went to Nimes with excursion programs. The guide gave detail historic explanations. It was a lovely experience.
In this city, there are so many good places. The museum and opera house is gorgeous.
I really satisfy with staying in here. I want to study more French when I come back to Korea.
If someone wants to visit France and learn French, I will definitely recommend this place.

My experience qt Accent française so far has been amazing; i have met people from all the world and it is great for anyone.
The school is big, during the classes teachers are very patient and kind, also they have a lot of activities inside and outside the classroom, you can take free tours or very cheap ones with other students and have a great time.
I am staying just in front of school with a french host, she is so kind and worries about me all the time:

I am a French teacher and I went to France for three months to upskil and refresh my knowledge of French language and culture. I had a great time at Accent Francais: The teachers were very knowledgeable and I learnt a lot. The lessons were engaging and fun and I was able to deepen my knowledge on areas that really interested me.
I am thinking about taking my students to on a class trip to Accent Francais because my experience was very positive.
Accent Francais also found a nice hostfamily for me. I got on really well with them and had a great time with them.

END_OF_DOCUMENT_TOKEN_TO_BE_REPLACED 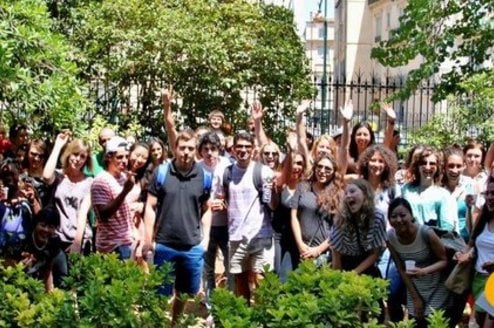 8 reviews
Save to Wishlist
LSF Montpellier

LSF Montpellier: Learn French in the South of France

LSF Montpellier offers French language courses for all levels, from... 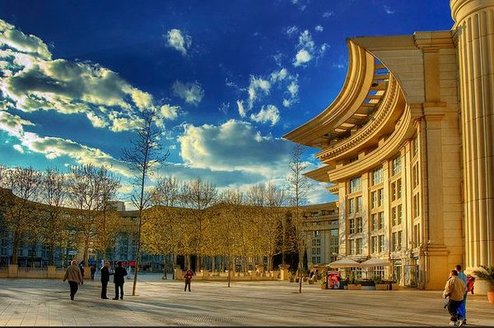 Save to Wishlist
CESA Languages

Montpellier is arguably one of the best places to learn French, with... 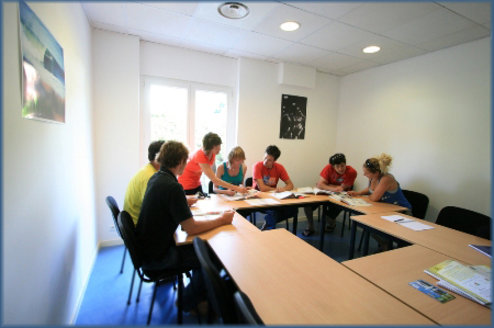 Our group instructed French courses takes place in classes of 4-10...