One of Israel’s largest universities, Bar-Ilan offers students a wide array of academic and social opportunities not found in any other Israeli institution.
Since its inception in 1955, over 130K students have benefited from BIU’s exemplary academic and research facilities and from its dedication to integrating Jewish culture and tradition into all programs of study. By securing Israel’s top researchers and professors, we gives our students the resources and expertise to succeed in the workplace and maximize your contributions to society as educated and socially aware citizens.
Students from the world over turn to BIU ever year to study in our 8 faculties. Under the supervision and guidance of our award-winning professors, they are taught the critical-thinking and analytical skills necessary to explore their fields of interest and academic growth. BIU offers a wide selection of degree programs recognized globally, including a number of international degrees taught in English.

Bar Ilan is the best school in Israel! When I decided I wanted to study here I knew with certainty that Bar Ilan was the place for me! Not only is it one of the top universities, it’s also known for having the friendliest most accepting campus! In bar Ilan you wont just be earning a respectable degree, waiting for graduation; you’ll enjoy the process. The campus is always filled with the best vibes, exciting events and friendly people. At bar Ilan you never feel alone! My teachers are the best around and are highly experienced in their fields! There is a program for everyone at Bar Ilan, from sciences to humanities you will find your place here! I am fortunate to be so happy with my school and my decision to study in Bar Ilan - that is a choice you too can make!

After having made Aliyah to Israel seven years ago from New York, I began my journey at Bar Ilan University pursuing an undergraduate BA in Communications and Education. Bar Ilan is well summed-up as a vastly diverse institution where academically driven people can pursue their goals in an inviting enviroment. Studying Communications has opened me up to a world of knowledge and options for possible career paths. Bar Ilan offers an overall enriching university experience both academically - by broadening educational horizons and thereby leading students to pursue career-wise endeavors - and socially - from engaging in different recreational events on campus to forging connections with a range of people, therefore making it an ideal institution for all.

Bar Ilan University is one of the top universities in Israel. I love the fact that I'm having a wonderful academic experience and making many friends over the years throughout my degree. Bar Ilan is such a friendly campus, every day is filled with fun activities and great classes! We always have musical performances scheduled by the student government, as well as breaks between classes with tuns of activities. All in all Bar Ilan is a place that combines a great college experience both academically and socially! If your thinking about studying in Israel bar ilan is the place to be! There are many international students from all over the world merging into the Israeli society, and becoming successful after school in many careers. From tech companies, to marketers doctors, bio technicians and so on.. The career possibilities that Bar Ilan University can prepell you to are countless! Invest in you future. Invest in your future in Israel. Choose the best place for you to have fun and be successful simoltaneously. Chose BIU!

What was your funniest moment?
When a professor who I thought didn't know my name new my name. #life goals
Displaying 1 - 4 of 4 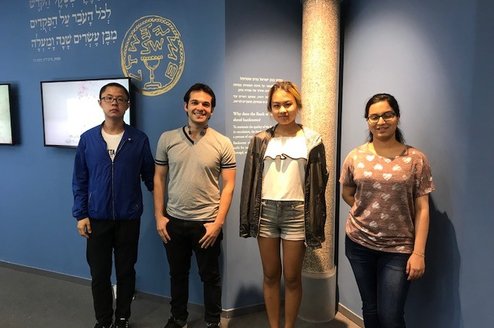 Earning a world-class degree, overseas, in English, at one of the... So many exciting summer programs in a wide variety of fields - enjoy a... 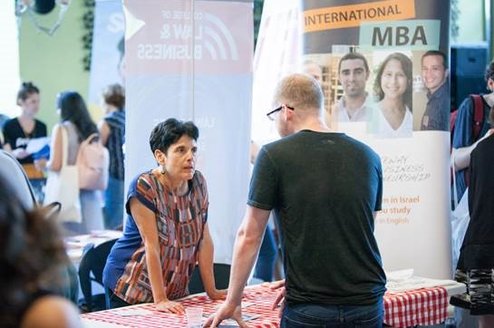 Earn your MBA at Bar-Ilan University in Israel

The International MBA program is a one-year program taught entirely in... It is the goal of this program to train a new generation of literary...

Program
Academic Summer Programs at Bar-Ilan University
Job Title
Coordinator
Alissa Burstein has been at Bar-Ilan University in several professional capacities since 2001 and joined the International School this year. A few years ago, she completed her doctorate in education (The Contribution of the Parent Volunteer to School Culture: Ethnographic Case Study) from Bar-Ilan University and considers those years studying at BIU, the best years of her life.

My most memorable travel experiences included visiting universities or sites that enriched my knowledge of culture, history, and education. I have been to various universities in the United States, Europe, and Israel. Each is unique, yet they all share a common goal - the growth and enlightenment of its students, and as a result, society. I love being a part of that!

Working at Bar-Ilan U means that I am constantly learning and being exposed to new ideas. It's in the air, everywhere I look. As a comprehensive university, BIU encourages open dialogue in all realms - STEM, the humanities, and social science. Bar-Ilan U is not a religious university but it does appreciate Jewish heritage. It is a comfortable setting not only for those interested in learning about and being exposed to Israel and the Jewish people - but for students and researchers who just want to study at a top-rate modern university.