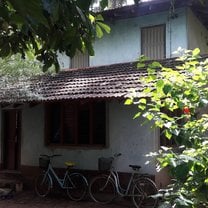 This a lovely farm house next to beach for volunteer - interns 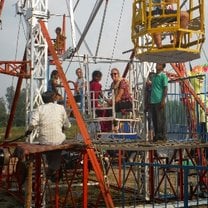 An adventure and learning trip with kids of after school program 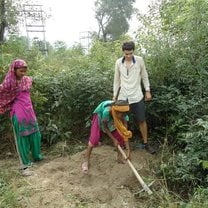 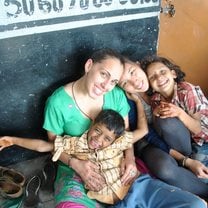 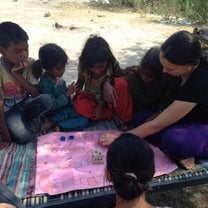 I recently worked at South India projects and Rajasthan for week at Jodhpur. There are loads of opportunities to work and learn in varied focus areas of work from empowerment and education to environment conservation. This NGO is a perfect fit for those who wish to learn deeper about issues of sustainable development at grassroot level. The accommodation is basic and good. Do not expect a room attendant. One needs to be a hands on worker and self organised. please do not tolerate gossipy and judgemental errant volunteers). It spoils the experience of the ones who have come to work and learn. Do not bother about their negative and malicious reviews posted out of their own lack of understanding and lack of adaptation in cross-cultural settings. Keep up the good work that motivates some of the aspiring social entrepreneurs to take a step forward.
It provides basic and safe accommodation facilities to volunteer-interns who do not pay money for accommodations. Some projects may not good for those who are a cheap volunteer-holiday experience with customer service and do not understand development work.

What would you improve about this program?
1. Be strict with and out errant immature volunteers if they do not wish to do serious work (please do not tolerate gossipy and judgemental errant volunteers). It spoils the experience of the ones who have come to work and learn. Do not bother about their negative and false reviews posted out of their own lack of understanding and vengefulness.
2. Create structure for those who feel overwhelmed in the Indian work culture

This a lovely farm house next to beach for volunteer - interns

Educare India is far from the sustainable development NGO they advertise or claim to be. They are an elaborately disguised business intertwined with many of the socio-cultural issues associated with India. Educare predominantly profit from inexperienced international students who are performing an internship as a requirement of their university degree. As a volunteer in my 30’s with substantial NGO experience I arrived to participate in the professional volunteer program in the south, only to soon realise this program didn’t exist. The extreme disorganisation of Educare was revealed as they hid behind a guise of a model that provides opportunities to ‘self-sufficient independent’ volunteers. I was expected to start a project alone and from scratch without support, any other volunteers, resources or community connections, work which was unlikely to be ever be continued. This was the exact opposite of what I was told to expect from the position. Later the director stated that they weren’t interested in me producing results for sustainable development and that my presence in the town was sufficient. My accommodation was isolated, mould ridden, filthy and I was made to live uncomfortably with a male ‘logistics’ staff member whose controlling and sexist behaviour ultimately resulted in my departure from the project by the end of a month. This staff member also revealed that Educare were being sued by a past volunteer for being fraudulent and that the case had been in court for two years. Yet Educare continue to recruit and take the set up fees from unsuspecting volunteers. The companies' inefficiency to provide the registration paperwork required by immigration for my employment visa to be registered within 14 days of entry also resulted in extreme stress. Save yourself from a costly and unpleasant experience and find a legitimate NGO who has the capacity to provide adequate opportunity and support volunteers.

EduCARE India is an organisation where you can a learn a lot. You grow because you're given a lot of autonomy and independence and thus have to find the best way to carry out your projects yourself even though that doesn't mean you can't seek support from your mentor. You learn how to research, plan, execute, follow-up and ensure continuity of your project. If you're able to succeed here you're probably likely to succeed anywhere given the challenges inherent to development work.

It was one of the finest experience for me and my partner to work in this NGO in 2014. It was lovely to see and meet the local people again during our recent revisit to India.
It was great to see some international interns in leadership job roles doing a great job.

They have done a good job despite a group of international volunteers creating lot of problems as they didn't fit in. I hope that despite misconduct of some international interns, the NGO will continue to give leadership opportunities to young people.

What would you improve about this program?
Better filtration of applicants during recruitment so that only positive and motivated interns are recruited.

I had joined this organisation way back in 2014 for 4-months internship in alternative energy and after school program for children. I had chosen it as it was very affordable and gave freedom to design and develop own projects. I developed a solar thermal project and was happy to see the device was intact when I was revisited the location during my holiday trip to India this year. It was sad to know that some international interns did not fit in the organisation and its work culture well and spread wrong information and abandoned the ongoing projects. The issue of fee has been wrongly interpreted as to undertake such internship for 4-months my other options included paying more than 1200 euro. It was in our times that international applicants recommended online cash transfers as easy and cheaper option to the bank transfer for the internship admin charges. I was happy to get support of the local volunteer to refit the broken part of the device and make it work again. I saw the wonderful women empowerment and forestry project happening in another location. I would recommend such people to come and work in this organisation who want to work without much supervision. A lot of support is available from the Mentor, technical resource persons, and local volunteers.

What would you improve about this program?
The recruitment of international volunteers and interns should be improved to void getting interns like above who do not fit the organisation's different management and work culture. 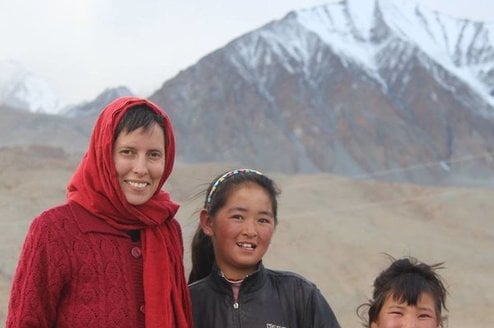 Save to Wishlist
Educare India

EduCARE India, a non-profit NGO is currently offering opportunities to... 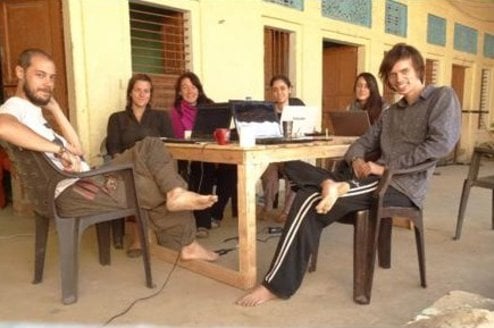 Save to Wishlist
Educare India