At GHEI we envision a future where children - free from illness and illiteracy - can realize their full potential, a future where healthy, educated young people will lead their communities out of poverty. Our health and education programs work hand-in-hand to achieve this vision. Whether preventing childhood illness or promoting learning success, we are committed to finding the most innovative solutions to the health and education needs of our communities, even if it requires challenges established limits.

Our success is firmly rooted in the idea that local capacity leads to sustainability. Therefore, we recruit, train, and employ people directly from the communities where we work. GHEI invests in our local team for the same reason we invest in the children and young people we serve: we believe that to invest in an individual is to empower a community.

I feel like the programs hosted by GHEI are perfect for those who have yet to experience working in a quaint village of a developing country. The duration of the program lasts approximately 3 weeks, which is long enough to become well acquainted with Humjibre and its cultures, but short enough for those who find this type of environment physically and mentally uncomfortable. Practically speaking, this experience can be paired with other internships taking place early or later in the summer vacation, so many students and early professionals found this program to be convenient in such respect.

The impact that the actual work has on GHEI is debatable. On one hand, volunteers do reach out to a lot of residents and increase awareness about the modern world, but, on the other hand, much of the impact of the outreaches comes down to the donation money that we have raised prior to coming. The work is done primarily through the work of Community Health Workers, who are local residents who can communicate our message to the public. Thus the volunteers do many of the behind the scenes work, but truth be told, the actual work contributed by the volunteers are not as substantial, and thus left a few of volunteers feeling they were inefficient.

Nevertheless, this program should be commended for the kind of personal enrichment it provides. First, one feels incredibly safe: GHEI has established years of strong relations with the residents, and some volunteers have the opportunity to receive blessings from the village chief. Everyone in the town greets the "Obrunis" with a smile and an excited "wo ho te sen?", and because this face-to-face society is so contained, news travels fast, so the safety of the Obrunis will unlikely be jeopardized, especially under the protection of the chief. The extent to which the volunteers go and explore the town is highly dependent on one's willingness to interact with the people during spare times, mainly children. There are several really informative programs set up, including the trip to the mines, nearest (hours away) public hospital, and baby-weighing clinic. There are much more cultural activities set up, and I'd say is also the best part of attending GHEI.

Otherwise, this program also tests one's stamina to a new limit. Living off of chlorinated waters, cold showers, heavy, motion sickness (the roads are unpaved), tropical humidity, moldy clothing, side effects from malaria pills, and traveler's diarrhea. I personally came down with cholera at the end of the trip, but it wasn't too serious and lasted around two weeks.

Realistically speaking, the role of the volunteers on site is mainly limited to the planning stage of message delivery. (and of course, the requisite donation to attend the program). Other tasks involve the distribution of goods, which, in my case, were bars of soap.

Nevertheless, I have to say I probably wouldn't be the same person today had I not attended the program. I was surrounded by people who were just as keen as I was to discover and understand the way the people of Humjibre led their lives. They provide the perfect balance of immersion and safety, and have definitely inspired me to return someday. As with many other things in life, what you take from the experience is honestly dependent on your attitude and ambition to take away from the experience. My most memorable moment was a two hour long conversation I had with an eleven year old girl on the last evening of the program. I'm incredibly thankful for the program, and hope to come back with more knowledge so that I may be of greater contribution to the friendly and kind residents of Humjibre.

This program truly had a large effect on me. I never thought about international development or anything of that sort to the extent I wish I had. However, once I got to Ghana, the idea just built on me. Volunteering with Ghana Health and Education Initiative, I had the opportunity to help a community grow, and I think this was the highlight of my trip.

My experience with GHEI was truly unforgettable. The kids' smiles, frequent beckonings of "Akwaaba!" and "Obruni," and the vibrant community life all made Humjibre a home away from home. The impromptu soccer games, and trips to Sister Comfort's, and survey shinanigans made the laughter and smiles even brighter. The people brought new meaning and excitement to our project on malaria. Our team and the locals we worked with on the project became family during our two weeks there. Our journey to to Cape Coast and Kumasi after that were a blast as well. The adventure community, and memories that were made on the trip have made an incredible impact on my life! :)

My time in Humjibre with GHEI, to say the least, was an incredible experience. I learned a great deal about NGOs and developmental work and was inspired by the committed relationship that exists between GHEI and the Humjibre community.

I attended the Malaria Winter Session in Dec 09 – Jan 10. Throughout the entire process (before, during, and after) I felt completely supported by GHEI staff. My questions and concerns were promptly addressed and I was very well prepared for my first trip to Africa. GHEI provided me with lots of material prior to departure to help with fundraising, packing, and preparation for the Serve and Learn Session. During the Session, I felt completely safe and was with GHEI staff at all times.

I was in Humjibre with seven other volunteers and we lived in a secure, cement house. The GHEI coordinators lived in the building next to ours. We were able to use flushing toilets and running showers. There was a cook that prepared delicious meals for us. Our diet consisted primarily of rice, beans, cassava, yams, eggs, and pasta. (I am a vegetarian and the cook prepared dishes without fish and chicken for me, which was great!) The local dialect of Twi in Humjibre is Sefwi. I do not speak Twi nor do I speak Sefwi, but the younger generations in Humjibre can speak rough English.

A typical daily schedule in Humjibre ~

Everyday in Humjibre was exciting! We did meet challenges along the way, but these only strengthened and improved the experience. Throughout my time working with GHEI, I certainly improved my communication skills and gained more patience, flexibility, and confidence in myself. Describing the experience as life changing would be an understatement.

The work itself was outstanding. Providing education and hanging up bed nets throughout a village to prevent malaria, one of the major killers especially of children in Sub-Saharan Africa, was extremely rewarding. Some of the most memorable experiences, however, happened in the evenings during the relaxation period. I was able to meet people in the village and listen to their stories. These conversations impacted me profoundly. We also were able to spend some time in the local health clinic. As someone interested in a career in medicine, this was a great aspect of the program.

I am so grateful for my amazing experience in Humjibre! I completely recommend GHEI to anyone interested in volunteering abroad! 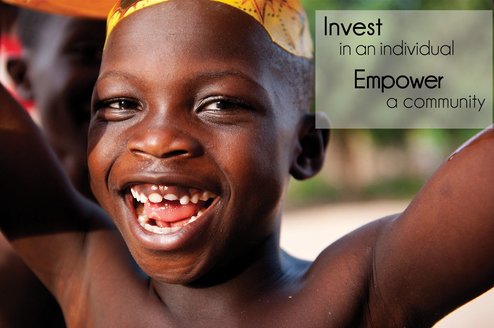 Save to Wishlist
Ghana Health and Education Initiative

GHEI - Volunteer in Ghana this Summer!

GHEI is a U.S. registered non-profit working to empower communities in...

Why did you decide to volunteer abroad with GHEI in Ghana?

At the time, I was a junior in college and heard about the program through an organization at Cornell called, Cover Africa. I have always had a passion for volunteer work and this seemed like an amazing opportunity. I was a biology major and aware of the devastating impact that malaria continues to have around the world. This seemed like the perfect blend of my interests.

We were very busy, which was great! Once I arrived in Humjibre, I could not get enough of the work! I loved every minute of it. We would wake up around 7, have breakfast and prep for the day. Then we would work for four hours. Lunch came after and was followed by another four to five hours of work. Dinner was served and then afterwards we prepped for the following day. In the evening we had time to explore Humjibre and connect more with the community. This was a highlight of the trip as well because we were able to immerse ourselves in the lives of those we were helping.