Global-Cultural Solution (GCS) is a vibrant, community development and progress-oriented organization made up of young persons and dedicated volunteers working together for the development of rural communities. It is a fully registered non-profit volunteer organization established in 2007 by resilient, team players and result-oriented personnel from Ghana to support a wide range of developmental projects in communities where it operates.

We seek to help orphans (by supporting and creating permanent means of income-sustaining activities for the centers) and the less privileged in society. We also endeavor to help the socially marginalized people including children and women. Our current operations are in Ghana, specifically in the Volta and Eastern Regions, where it supports projects and individuals throughout the communities but aims to extend our mission to other African countries as well as countries considered to be among the poorest in the world.

I had an unforgettable and rewarding experience volunteering with Drifting Angels Orphanage in Tsito,Ghana. Global Cultural Solution placed me with the orphanage and they provided me the info I needed and the support by checking in via phone and dropping in. I liked that they were local as they had local connections and a very good feel for the area. The cost was very affordable. Being my first time volunteering abroad, GCS made me feel safe and provided me with references of past volunteers to contact. All of them had great things to say.

I spent about 2 months at the orphanage and they became like family. I was able to do fun activities with the kids, and be a part of their everyday life which included some work, but mostly fun learning, playing, and some amazing local homemade food. I recommend both Drifting Angels Orphanage and Global Cultural Solution.

I would first like to thank Global Cultural solutions for their continued hard work and dedication on my trip. Above all I am thankful to them for placing me in an amazing orphanage program. My life has truly changed both emotionally and spiritually through the unique opportunities presented through this program. Ghana is a predominately Christian nation and I deeply enjoyed developing my faith through their Love of Christ. Going into the trip my mentality was “Not to change the people” “Not to help the people” But instead “Grow with the people.” The experience at the orphanage does just that. It allows a volunteer to naturally be involved in all areas of the children’s daily routine, which helps to build strong lasting relationships. You will notice on your trip that there are many opportunities to stretch yourself outside your comfort zone. Many times in my life I have not seized these opportunities and have been held stagnate by fear, anxiety and pride. The orphanage will allow you to be proactive. That being said it is you and you alone who know the deep fears of your heart and how it effects your life. It’s your choice and initiative to bring them into the light. I brought my pride into the light while testifying in front of a large church congregation. I was scared but I noticed once I fought through the discomfort that I began to feel myself freeing in a new way. The children through their actions and Love of Christ gave me the courage to stand and admit my weaknesses. My life has totally changed because of this trip and I give all glory to Jesus Christ because surely through Him we can accomplish anything.

What would you improve about this program?
Although the company does not officially affiliate with a religious denomination I believe it is important to express how Christianity is a driving force and corner stone in the Orphanages structure. I believe this will attract Christian volunteers and should be mentioned for the benefit of the children.

I took a few trips with Global Cultural Solutions and I thought they did great. I was able to speak to past volunteers before traveling as well as the staff. I also liked the fact that they would visit or call while volunteering. One feature I think that sets them apart is that they are small and local. This means there is more direct contact and a chance for really learning about a community.

What would you improve about this program?
Better structure/follow up
Read my full story
Displaying 1 - 1 of 1 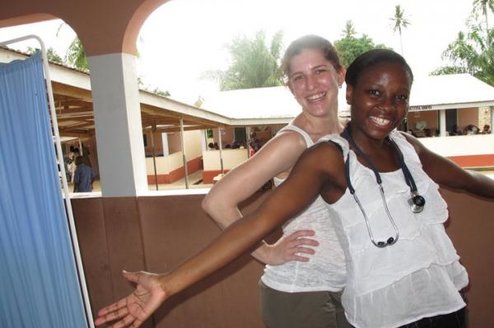 Program
Affordable programs in Education, Health, Orphanage
Jacob graduated at the end of 2008 from the University of Wisconsin-Eau Claire majoring in Spanish and Criminal Justice. He traveled to Ghana three separate times in 2009 and 2010. Jacob currently lives in Wisconsin, USA and is currently working for the non-profit Head Start program in Dane County.

Why did you decide to volunteer abroad with Global-Cultural Solution in Ghana?

I made my decision after a lengthy search. Honestly, I took to the internet and poured over many websites asking previous volunteers of their experiences.

I also submitted questions to the Directors of the NGOs. I wanted to have something that I figured out would be safe according to the replies I had received from several other volunteers.

After I received a good amount of positive feedback from volunteers, I discussed the potential trip with the Director, who was living in Ghana. The more information I received the better I felt about moving along with Global-Cultural Solution.

Do you feel like you made a significant impact on the local community? Why or why not?

I would like to think I made an impact, but it wasn't without the help of several others (from the US, Ireland, and Ghana). I tried to communicate with anyone and everyone.

The Ghanaians I met were all incredibly kind and hospitable. The desire some of them have to help each other was what inspired me to return to help their community.

I met with local individuals, elders of the village, surrounding villagers, other NGOs, and foreign volunteers. I established long lasting bonds with many of those individuals while assessing the way I could make a 'bigger' contribution.

When I was able to, I returned to the U.S. to raise money for the construction of a school (following a couple trips it was completed). Global-Cultural Solution assisted every step of the way in the project. Other organizations that contributed greatly were 'CrossCause' from Ireland and 'DIVOG' from Ghana.

There are a lot of great people working in the Philanthropy field. I still would like to go back again to visit everyone. There is a lot anyone can learn from another culture. The local community has definitely impacted me.

Tell us a little about GCS and your role at the company.

In 2009 I was able to meet the Global Cultural-Solutions team and I was astonished when I discovered the organization was simple, small, and locally grown. I began my journey with GCS as a volunteer in the village of Kpetoe. I learned about the village as well as a small school that was managed by a man named Godwin. The servitude of GCS members, like Desmond and Sammy, was a humbling demonstration. I noticed that each member of GCS looks out for the well-being of anyone volunteering which is reassuring, especially to the ‘apprehensive first-time volunteer.’

Near the end of my initial trip I decided I wanted to be a part of GCS. They were providing care for the needy around them while remaining intent on development through their programs. Nana provided great vision for the group while leading by example. I was glad to be accepted as the Foreign Ambassador before leaving so that I could continue helping their cause. As Foreign Ambassador I pledge to assist any prospective volunteers, ease communication abroad, answer any questions volunteers might have, review applicants as time permits, correspond with the team and give input as I am able, and support in recruitment/web-based duties while away from the physical site.

I connected with GCS following college graduation. Like many fresh college graduates, I wanted adventure. I wanted to explore, and help someone else far from home. Simply, I wanted to learn about another culture while leaving something beneficial for a community. Volunteering was never something unfamiliar to me. I had taken opportunities in the past to volunteer at local events.

Eventually, I continued volunteering in Latin American countries. But my curiosity had grown more for the world that existed even farther from home. I watched movies, documentaries, commercials, and read about the conflicted yet enchanting continent but I was never satisfied with someone else’s perspective. So I decided to take a trip of my own to Africa. I eventually narrowed down an online search of volunteer organizations with help form past volunteers.