James Cook University (JCU) is proud to be Australia’s leading University for the Tropics. Ranked in the top 300 universities in the world (Times Higher Education University Rankings 2022), JCU will provide you with world-class facilities, career-focused courses, and leading research excellence.

Participate in hands-on learning in locations like no other, as JCU is surrounded by the rainforests of the Wet Tropics, dry savannahs of the Australian Outback and the spectacular Great Barrier Reef. JCU’s students leave university prepared for the competitive demands of the global workforce. 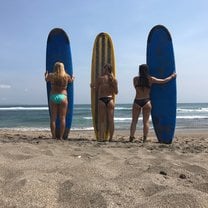 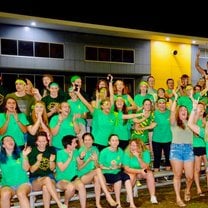 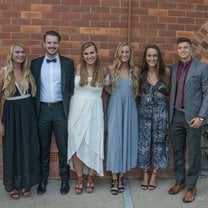 I am SO grateful to all the friends and professors that made my study abroad experience at JCU so incredible. I originally chose JCU for their marine biology courses since studying marine biology in a landlocked state is hard. I got incredible first hand experiences with marine life SCUBA diving there, I made new friends from all over the world, and I got to do field research with fun professors who really encouraged hands-on and fun learning! The memories I made while attending JCU like the social events, clubs, community events, hikes, and everything else will stay with me forever. 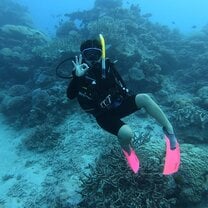 Hi Ellie,
We're glad you had such a great time and got to do all that hands-on learning. We are lucky to have such fun professors at JCU :) It sounds like you were able to get really involved both on and off campus! We hope you will come back and visit us soon!

Studying abroad at JCU was the most wonderful and life-changing experiences, and I am beyond grateful for every moment that I was able to spend studying there. As an Ecology and Evolutionary Biology major, JCU couldn’t be more perfect. The location of Townsville (on the Great Barrier Reef) makes classes such as Coral Reef Ecology possible, and I was able to attend field trips to reefs including those at Orpheus Island and understand the importance of reef preservation on a very first-hand level. James Cook also offers Biodiversity of Tropical Australia, which gave me the opportunity to learn about and see new systems that I might never get the opportunity to otherwise. JCU also provides so many club and internship opportunities- there is definitely something for everyone. The school also does a brilliant job of integrating and including the international students. They had an International day weekly where people would come to share parts of their culture and there was usually coffee and delicious food as well.I was also able to take advantage of the outstanding outdoor and wildlife opportunities in Townsville, as the school is within miles of the beach and several national parks. Its very hard to describe just how amazing the experience was in words, but If you are considering studying abroad at JCU, I say take the leap- I am forever grateful that I did.

What was the most surprising thing you saw or did?
I was amazed at the biodiversity in Australia and around Townsville! There was an abundance of unique plant and animal life to see and learn about. Hi Sophia,
You are so right about JCU being the perfect place to study if you're interested in Ecology and Biology. Both our Townsville and Cairns campuses are located in the area of Australia known as the Wet Tropics. According to the UNESCO World Heritage Centre, "The diversity of the plant communities and animal habitats of the Wet Tropics is recognised as being the most floristically and structurally diverse in Australia and is also outstanding on a global scale." The Wet Tropics is also listed as the second most irreplaceable natural World Heritage site on earth by the International Union for the Conservation of Nature (IUCN).

We are so grateful that you took the leap to study at JCU, and we hope to welcome you back soon!

Fellow student, do not let all the paperwork and endless forms that you need to fill out scare you away from studying abroad. It is going to be a wonderful opportunity for growth and will let you make friendships across the world that you will stay with you (if you choose to maintain them).

I had an amazing time studying at James Cook University. I met people from all over the world and shared special moments with them all. The professors and staff were great, I'm better for having met them. It took a lot of effort to make it happen but I'd do it 10x over to relive it. I dream about the day I can come back and be reunited with my friends. And maybe this time stay!

What was the most nerve-racking moment and how did you overcome it?
I didn't know anybody when I arrived there. I had one friend who I just met three days prior from my ISA group and that was it. I've always been nervous about making new friends. It's hard to do! After the first night I tried to say yes to every invitation and gathering. I made an attempt to sit with people at meals and not by myself on my phone. This paid off pretty quick and I found a great friend group

Hi Nathan,
Thank you so much for the great advice you've offered future students. The part about saying "yes" to invitations and consciously making an effort to meet new people is such an important part of studying abroad. It sounds like you had the right attitude to create a really positive experience- no paperwork was going to stop you from coming to JCU! And we're so happy that you did come! We hope to see you back here in the future and would love to have you stay longer than a semester.

I loved my time at JCU! The campus is beautiful and the support of the international team was amazing. Being so close to magnetic island and the Great Barrier Reef was a dream. I wish I could go back and relive it all again! I would definitely recommend this university to anyone wanting to study abroad in Australia who does not want to be in a big city. Townsville is just big enough to have everything you need while also being connected to nature. If you are considering going I would highly recommend joining the international Facebook group!

What was the most surprising thing you saw or did?
Wallaby’s right outside my dorm! They would graze and sleep so close to the buildings and they were so cute to watch.

Hi Kelly,
Isn't it so cool to have the wallabies right on campus with you? I'm happy to hear that you felt so supported by the International Team during your time here. Thank you for pointing out one of the benefits of studying at JCU- even though our Townsville and Cairns campuses are regional, you have all the amenities that you need without losing that "small town" feel. And you're right- the connection to nature is a big part of the JCU experience. We hope to see you back again in the future!

JCU was a great experience for me! I made friends from all over the world, explored the nearby area, and had so much fun learning what it’s like to be a college student in another country. Luckily, I was also able to travel to different cities in Australia and discovered even more how beautiful of a country it was. The way college works in Australia was definitely an adjustment from how it is in America, but it was the experience of a lifetime and I’m so grateful I was given the chance to be a part of it.

What is your advice to future travelers on this program?
Take full advantage of the fact that you’re in another country! Make friends with the locals, travel around the country to different cities/towns, try new foods, and don’t forget to enjoy the little moments as well. I remember I saw a kookaburra, and I just smiled and stared at it for a long time. My friends from Australia thought I was crazy, but I knew it was a once in a lifetime experience since we don’t have those animals in America. I still remember that moment because I stopped and appreciated it, no matter how small it was. 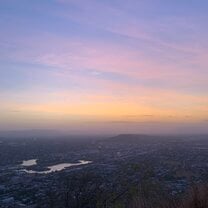 Hi Briana,
Thank you for the kind words! Your advice to future students is so important- to take the time to appreciate the world around you and enjoy the little moments. I'm glad that you were able to do that and take the memories of the kookaburra back home with you. What a beautiful photo of the sunset as well! We definitely have some stunning views up here in North Queensland. We hope that you'll get the chance to come back and visit us to take in more small, but precious, moments. 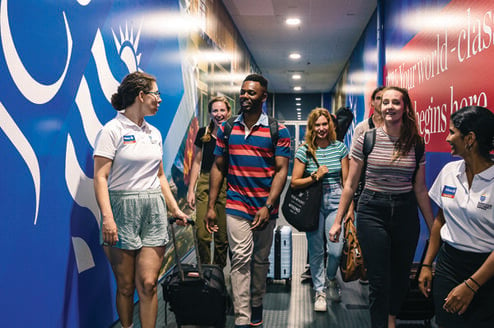 I have been interested in studying abroad in Australia ever since my older sister did while she was in college. I was lucky enough to study in the same school as her in Townsville. Along with all of her amazing stories of the people and, of course the weather, i wasn’t interested in studying in Townsville because of its proximity to the Great Barrier Reef and the school’s focus on marine biology.

My program provider held a four day orientation for everyone in Sydney before we all split up and went to our respective schools. During this orientation they filled out days with activities like hiking the blue mountains, a walking city tour, a night time dinner cruise, and a trip to Bondi beach. James Cook University in Townsville hosted international student breakfasts every Tuesday with special Australian guests or presentations and music and free lunch Fridays where they also brought in traditional Australian entertainment and food.

On my own I had to navigate the city and figure out how to use the public transportation. That, however, was easy since things in Townsville are pretty similar to how things are from where I’m from plus in the same language. The most difficult thing to figure out was where my classes were, since I typically go to a small liberal arts school in America and James Cook had a campus that was significantly larger. I also had to figure out budgeting for all my excursions.