Sankalp Volunteer Society is registered volunteering organization (NGO) in India since 1994. The organization is built on the purposeful foundation of serving our community by involving volunteers from all over the world. We provide safe and structured volunteer programs in India that combine personal strengths, flexibility, convenience, and affordability. Volunteering with Sankalp Volunteer Society gives each individual a meaningful, memorable, and valuable experience in making a difference in all the lives we serve. We also offer the unique possibility of combining your volunteering work with one of our travel programs.

What makes us unique is that we provide you the opportunity to do volunteering work with local communities directly, so you remove the middle man, saving money get to correct placement and volunteer experience. 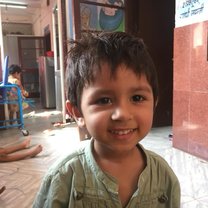 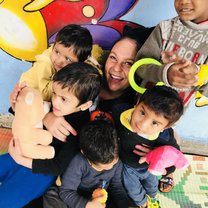 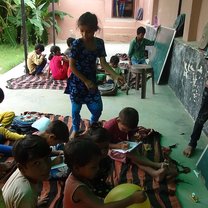 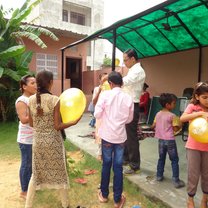 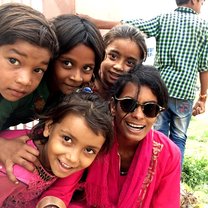 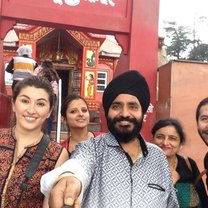 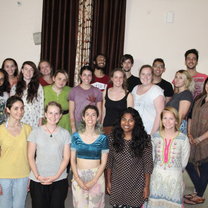 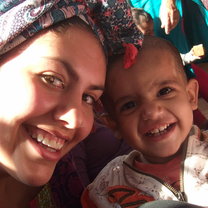 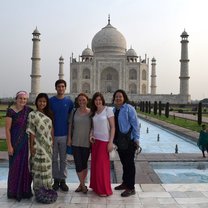 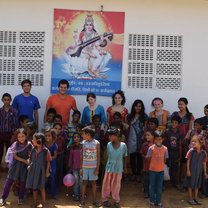 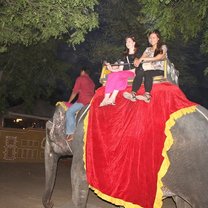 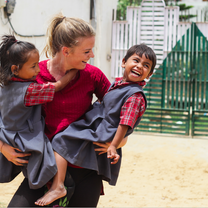 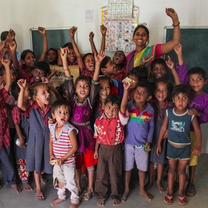 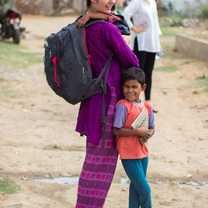 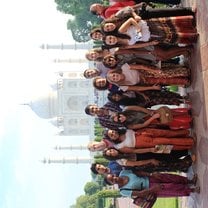 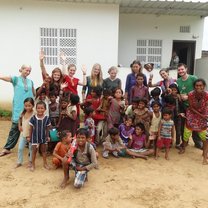 Voluntourism at its worst. Very little of the money paid is invested into the projects, as volunteers we had to buy our own supplies for the children and none of the volunteer work at the orphanage is sustainable long term.

I volunteered in the government orphanage, conditions were dire and I witnessed serious abuse towards the children which was very distressing. There is no emotional support to prepare you for this. It’s not an appropriate environment for short-term volunteers and there is no opportunity to make any sustainable positive change. I would argue having volunteers go in, build attachments and then leave after a few weeks or months is causing more long term emotional damage to the already vulnerable children than good. There were also no background checks for volunteers, many had no experience with children let alone vulnerable, traumatised and disabled children and no police checks are carried out to ensure volunteers are fit to work with children. There was no safeguarding in place for the children, no training for volunteers or understanding of issues such as attachment disorders which can arise from having a constant stream of volunteers come in, build bonds and then leave.

Meanwhile, the project leaders were driving around in a Mercedes, regularly taking overseas holidays and obviously making money from volunteers whilst investing little to none of this money into long term change within this project. Even years later I feel incredible guilt that I was a part of this project and for the effects having a western person come in, build bonds and then disappear may have had on those children attachment, anger that almost none of the money was invested into the project as well as suffering long term psychological effects from the abuse and horror that I witnessed inflicted on children at the orphanage. This included canes routinely being used on 18-month old toddlers, disabled children being severely mishandled (Eg: picked up hanging by a single limb, dropped on hard floors, having food and drink poured down their throats as they coughed and spluttered choking), disabled children with severe pressure sores from being neglected/ never having their position changed, children being hosed down in freezing cold water, the children all locked in bedrooms overnight, children being encouraged to bully each other by the staff and countless other abusive scenarios. Any items we brought in for the children (Eg: toys, clothes) were either taken home by the orphanage staff or locked away where the children couldn’t access them. It was genuinely awful to witness and still haunts me. When these abuses were raised with the project leaders they simply shrugged and said it was a government orphanage and out of their control; why are they continuing to partner with a place which is abusive to children? Obviously because it brings in money from volunteers! But why is none of the money being paid by volunteers being invested into campaigning for long term change for these forgotten children and instead being used to find cars and holidays for the owners?

This is not a charity, it is a business which makes the project leaders money whilst allowing western volunteers to feel good about themselves for doing good, however it offer no long term or positive difference to the lives of the vulnerable children who are being exploited without any understanding of attachment disorders, trauma responses in children or the risk of abuse from sending in unvetted volunteers. Projects like this which do not have a long term positive impact and serve solely to benefit the western volunteers whilst putting children at risk should be shut down

I spent 4 weeks with Sankalp in the summer of 2018 and it was honestly one of THE BEST, THE MOST REWSRDING, THE MOST UNFORGETTABLY INCREDIBLE experience I have ever had ❤
I've done a lot of volunteering and travel in the past but would never have dreamed of how easy it could be to combined the 2!
I did the travel and volunteer package with Sankalp in Jaipur (the Pink city) and got to hike parts of the gorgeous Himalayas (involving a quite a few unforgettably funny stories), visit the hometown of the Dalai Lama and his temple, visit Delhi and Pushkar (city of colour), see one of the 7 wonders of the world - the Taj Mahal, and the best part was THE PEOPLE!
The people you end up volunteering with are so like minded, you come from all around the world for the same purpose, you get on so well and make friends for life! Oh my gosh and then there were the kids 😍 I dont even know where to begin, they were the most beautiful, kind hearted, innocent, loving, talented, smart children I've ever had the pleasure to work with! They've not had the easiest of upbringings in an orphanage but my God they are still so full of love and just like every normal child they LOVE TO PLAY!
YOU get one of the most incredible chances to impact their lives by playing with them, showing them love and affection and attention where they otherwise wouldnt know what that felt like! It's unbelievably rewarding and I'm definitely planning on returning again in the future!! 💕🎉
Any questions about this place feel free to message me!
India is nowhere near as dangerous as the media make it out to seem, the people are so friendly, the food is AMAZING, I was fortunate enough to not experience any "delly belly" 😂 despite having dodgy streetfood! And everyday you finish at midday so you have all afternoon to explore the lovely city of Jaipur, all the scenery, forts, palaces and bazaars it has to offer!
I COULD NOT RECOMMEND THIS PLACE HIGHLY ENOUGH, PLEASE GO AND MAKE A DIFFERENCE TO THESE WONDERFUL CHILDREN'S LIVES AND YOUR OWN ❤❤❤❤❤

What would you improve about this program?
Nothing!!! i loved this program and i don't find anything that needs to be improved or changed.

I joined the Volunteer and Travel Program in Jaipur, India for four weeks and found it to be the experience of a lifetime!

The volunteer work, caring for orphans at a government-run children’s home in Jaipur was an incredibly humbling and life-changing experience that I will be eternally thankful for.

My volunteer hosts offered me as well as the rest of the volunteers unbelievable support during our stay. Every concern or query we raised was dealt with immediately and they went out of their way to make sure all our needs were met and we were comfortable and happy on all levels - offering physical and emotional support whenever needed.

Our “house mother” was fantastic! She made the most amazing meals, served us tea, took care of us when we were ill and was there for us all day every day and night with a smile on her face. No task ever a problem!

What would you improve about this program?
More evening group activities for volunteers would be fun like going to cafes and restaurants in the evenings for dinner or going to the cinema. Have more fun in the house!

Work with your child's dream and do voluntary work. It's the second time I'm working on the street children's project. It says a lot when you go for a second time. It's just amazing, something you'll never forget! Anyone who is interested in volunteering or responsible, wants to visit one of India's addresses: "Sankalp Jaipur". You can choose between several projects: street children, orphanage, women's empowerment. If you want a mix between work, travel, relax then you need to be here. You still have plenty of free time to explore India. They are happy to assist you in organizing. They also have an organized trip that I have done this time. It is definitely worth it. The second time in Sankalp was another great experience! It's a safe organization, it's fun to be with other volunteers, they're happy to help you, give you enough information. I'm very glad I've been able to do this.

The course that I did in my internship was pretty enjoyable and would help me to carry ahead in my professional career. I got to know how to implement my gathered skills practically and see the real outcomes from them. It gave me the courage to be bold enough and confident so that I can converse with professionals with full confidence. It was a real boost and stimulated my intellect to the next level.

I can surely recommend their services to anyone. Amazing services guys! I went to the student internship in North India and trust me, and really learnt a lot about the country too. It’s an awesome country with diverse cultures yet unity in all.

What would you improve about this program?
I found them brilliant in giving support to the students coming from overseas. 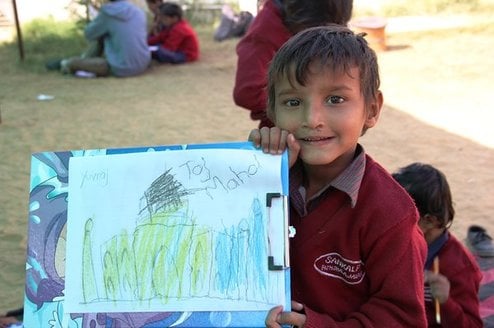 Program
Volunteer Programs In India with Sankalp Volunteer Society
Pranay is the Director of Sankalp Volunteer. He has worked with kids from the street and orphans in many cities of Northern India. Pranay holds a Bachelors degree in Public Administration and Economics. He is an active social worker since 2001. In 2006, he was elected as the secretary in Sankalp Volunteer Society (Registered Non-Profits). He has done lots of hard work to run the projects for street kids, orphanages, and women's education in rural and urban areas. What position do you hold at Sankalp and why do you like working there?

Pranay: I am the founder of Sankalp. I do research work and am the volunteer coordinator (I work in the area first to feel it out and then place volunteers). I do this for my inner peace and so that I know what the volunteer should expect. I plan for my volunteer travel, so I have to travel a lot with different people and it helps me to understand different cultures and lets me make new friends. I would like to work in other communities and help.

What is one thing you would tell any future volunteer?

Pranay: You don't need any special skill, education or knowledge to make a difference. If you have passion, you have everything you need to change your world.

What does the future hold for Sankalp - any exciting new programs to share?

Pranay: In near future we want to start our program branch in Udaipur (Rajasthan). We want to work with tribal communities (education and health) as they have fewer possibilities to acquire them. I would also like to start projects in some Asian countries.

How does your organization differ from other ones in the industry?

Pranay: I am proud of being able to work with a non-government Organization and this will help me to closely look at the good impacts of the work which the volunteers do for society. Sankalp is really working hard to make positive changes. It is one of the least expensive organizations and always provides full attention to our volunteer safety and security. We also make sure that the volunteer will experience the real situation and won’t take their work lightly.