UNSW is located in the heart of Sydney, Australia. It is one of Australia’s leading research and teaching institutions, continuously ranked within the top 100 universities in the world.

UNSW is renowned for the quality of its graduates, strong industry links and its innovative world class research. Our University is globally recognised for cutting-edge teaching, contemporary facilities and the quality of student life.

The campus provides a diverse and vibrant community of more than 53,000 students, with over 13,000 of these being international students from 120 plus countries. Our newly developed residential colleges allow students to reside in a socially and culturally stimulating campus atmosphere, in a safe and welcoming environment.

UNSW provides students with more than a quality educational experience, it provides definitive professional opportunities, lasting friendships and memories that remain for a lifetime. 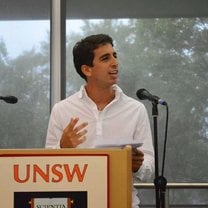 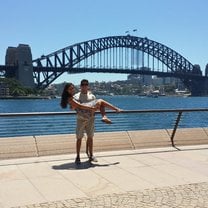 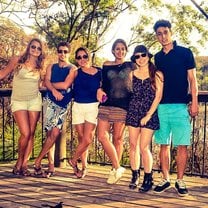 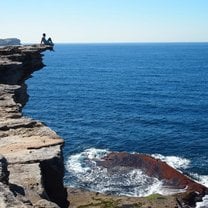 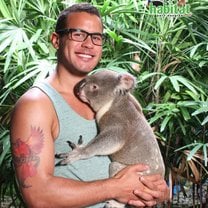 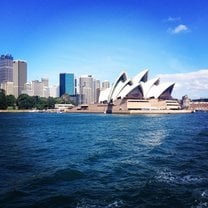 I took some of my most rigorous, practical courses at UNSW, yet still had more free time than ever: the proximity to the beach, the beauty of the area, and the amount of friendship and community within the dorm/college made this an unforgettable and highly meaningful experience. Living with local and international students opposed to in an apartment allowed me to meet so many amazing people, and I believe this is a MUST when given the study abroad experience.

What would you improve about this program?
N/A

I absolutely loved my experience at UNSW. The classes I took here taught me a lot and challenged me intellectually. The other students at the University were very kind and eager to learn as well. I would definitely recommend this to anyone! Outside of the academics, the culture was also very great at the University. The students also love to have fun and show the study abroad kids around Sydney. The facilities are also great. I stayed in Goldstein and I loved it. It was very nice and new.

What would you improve about this program?
I would keep things the same! Loved everything

"I hope Rio de Janeiro to forgive me but my heart belongs to Sydney from now on." I said that on 28th February 2014, in my speech on the last day of the UEEC at the UNSW Institute of Languages. And that was absolutely true. Rio is known as the Wounderful City, but this title should be held by Sydney. In Sydney I met people from all over the world. People that I can call as friends nowadays. Safe, Beautiful and Exciting, both Sydney and UNSW made me fall in love by them. How not to miss you guys?
But now, it is not only a piece of the world that is placed in Australia but also a piece of myself. A very large and significant piece.
The world should be more similar to Australia.
Miss you, Straya!
But not for long.
See you soon any day!
Cheers, UNSW.

What would you improve about this program?
I went to Australia thanks to the Brazilian Program 'Science Without Borders' which is now suspended. I see different ways in which it can be improved but that refers to Brazil to do. Regarding UNSW, you guys did great!

I aways dreamed about going study overseas, more than that, aways dreamed of going to Australia, so my expectation for this sudyabroad experience were very high, however it didn't come close to what I really experienced in that year.
It was my firt experience in a foreing country and my english wasn't very good when I got there so I was expecting to have some difficulty in addapt to this new place.
I landed in Sydney in december 31, as it was New years eve, all the hostels were fully booked, however as I had never traveled before, I thought tha by going to the city looking for hostels would be a nice idea. O got to the city by 00:30 of January first, walked til 3:30 from hostel to hostel looking for a place but could not get it. Then I decided to take a taxi back to the airport, sleep there and go looking for a place on the next day. While I was in the line waiting for the taxi, I met two english lads who were very nice and as the taxi took a while to arrive, we talked a lot and when the car arrived, the guys invited me to sleep in their place. As a Brazilian I was very affraid of going, as it would be a very dangerous thing to do here, however I was open for meeting people and living new experiences, so I accepeted and went with then. When I got to their place they ofered me beer, we had a nice talk and I slept there, woke up the next day and went to a hostels.
This first experience I had in Australia have I the things that I experencied in my year there: Safety, friendly and easy going people, helpfull people and amazing times.

The university prides itself on being culturally diverse and very inclusive. Not once did I ever feel out of place. The people are generally very friendly and welcoming to international students as a whole. Coming to UNSW has been by far the best decision I have ever made. I have met some of the closest friends at UNSW and I have learn to grow out of my comfort zone by partaking in the many clubs and societies that the university offers. I joined the UNSW law and medical Revue (Sketch Comedy/Theatre) as well as the Model UN club and Food lovers society among others. Sydney is a wonderful place to be. It caters to every taste and preference. The only downside is the cost of transportation, which can be really expensive. 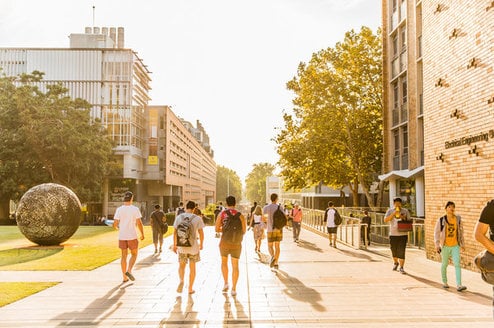 Australia
9.79 •14 reviews
Originating in 1989, UNSW is one of Australia's oldest and most...
View Program

Program
Study Abroad at UNSW in Sydney, Australia
Paul Brooks is a 29 year old male from Michigan City, Indiana. He attended Purdue University, receiving a B.S. in Natural Resources and Environmental Sciences, with minors in Wildlife Science and Fisheries and Aquatic Sciences. He then went on to West Virginia University and received a Master of Agriculture in Agriculture, Natural Resources and Design. He currently works for the Indiana Department of Environmental Management in the Office of Air Quality. What made this study abroad special is the fact that a study abroad like this allows you to really visit and explore a country better than you would on a vacation. We started the trip off in Darwin, a city that that has an Asian feel due to it being nearer to Asia than some other cities. We did a lot of cultural things up here, and learned a lot of the Aboriginal Culture. We then went to the Red Centre, Sydney (staying at the Univ. of New South Wales) and ended in Cairns. How nice to go to all those locations?

I just enjoyed the people in general. There is no language barrier, and most everyone was friendly. It is a nice place to be, and you can really immerse yourself in the culture by going to sporting events, plays, museums and etc.

Program
Study Abroad at UNSW in Sydney, Australia
Job Title
International Manager
Ashley Waggener is the International Manager- North America for UNSW Australia. Based in Washington, DC, Ashley is responsible for marketing, recruitment, and other regional management. Previously, Ashley was the Senior Study Abroad Advisor for Service Learning at Curtin University in Perth, Australia, before returning to the USA as the Regional Director for Service Learning. She has a B.A. in Psychology and Teaching Certification from Southern Methodist University and a Master of Education from Curtin University. What has been your career path so far?

My career began as an elementary school teacher in Texas. After a few years of teaching, I decided to pursue my Masters in Education and I chose to do so in Perth where I had dreamed of returning. While I was in graduate school, I looked after the study abroad program I had gone on myself. I enjoyed watching the changes to the students over the course of the semester through their experiences in Australia.

It was amazing to see how the cultural diversity on campus and the lifestyle in Australia changed their perspectives on life. From there I made the switch to international education when I finished my Masters. I worked briefly for my Alma mater, Curtin University, when I moved back to the US. I met someone at a conference who knew my current position was being created and the next thing I knew, I had moved to DC and I was working for UNSW Australia.

What position do you hold at UNSW?

I am the International Manager - North America for UNSW Australia based in Alexandria, VA. I market UNSW programs throughout the region and I assist American and Canadian students who are interested in studying abroad or gaining their full degree at UNSW. I answer questions about UNSW and assist with the application process.

I attend a variety of study abroad and full degree fairs and I also visit campuses to do pre-departure briefings. I work closely with our third party providers to make sure that they have everything they need to provide the best service possible for our students.