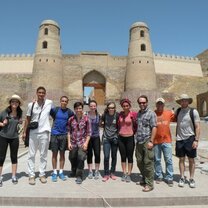 I decided to apply for ERLP because I love Central Asian languages. The program was recommended to me by a friend. The program was excellent. I had one on one classes five days a week for two hours. I talked with my conversation partner for two hours a week and attended cultural activities twice a week. Though I was on Zoom, I felt that I was in Tajikistan. All these activities were held in Tajiki, improving my Tajiki quickly. The teachers will challenge you each lesson. Lessons focus on speaking, allowing you to develop communication skills. I am currently participating in the program this fall, building upon my strong foundation in Tajiki.

What is your advice to future travelers on this program?
My advice would be to speak as much as possible during classes.
15 people found this review helpful.
Helpful 

I am so thankful and lucky to have found my study abroad program through American Councils Eurasian Regional Language Program (ERLP) in Almaty, Kazakhstan. Having developed an interest (edit: passion) for Russian and Central Asia and all things former-Soviet, I knew I had to take my studies of the region's languages and culture one step further and actually go study abroad in Central Asia. Since I had the most exposure to the Kazakh culture and language (I took a quarter of Kazakh at Stanford) I decided to apply to the ERLP after hearing about it from a friend who had embarked on the same program. It was a magical experience from the beginning: the pre-departure orientation in Washington, DC, was helpful and inspiring. Once I was in Almaty, however, I realized how much support American Councils gave me during the 8 weeks there. I met my host family the night I arrived in Almaty, and they were wonderful! My apartment was a short walk away from the Metro, which was a straight ride to the university, KIMEP, where I took my Kazakh language classes. Every week, I met with my peer tutor, an Almaty resident, also a student around my age, who spoke with me in Kazakh and Russian, took me to interesting places in the city, and answered any questions I had about the city, living in Kazakhstan, and about the culture there. During the program, we had a few excusions, such as one to Charyn Canyon (the Grand Canyon of Kazakhstan), to the Big Almaty Lake, a weekend excursion to Bishkek, Kyrgyzstan (read: AMAZING EXPERIENCE!), and another weekend trip to Astana, the capital city of Kazakhstan, which we took by train (it's a 12-hour train ride each way through the steppes of Kazakhstan, also an amazing experience that I highly recommend). During the week, I met with my Kazakh language professor each day for several hours of classes, and we even had lunch together everyday, which I recommend, as your language teacher (in whichever country you study abroad in) is a fantastic partner in helping you to know the country, culture, and language better. My professor was very kind and always wanted to know how I was doing, what I thought of the city, living there, and even was like a second mom, making sure I was drinking hot tea, eating enough, and sleeping enough! Overall, the experience of studying abroad through American Councils ERLP was fantastic and I would recommend it in a heartbeat to anyone interested in studying abroad in Central Asia and expanding their knowledge and experience of the language, culture, and history of this breathtaking region of the world!

What would you improve about this program?
I honestly cannot think of anything I would change. Maybe, have more exposure of ERLP so that participants without friends who've already done the program can easily know about it and have the chance to participate in it. It's really worth it.
17 people found this review helpful.
Helpful  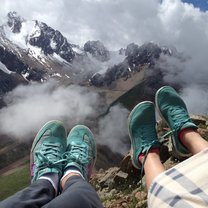 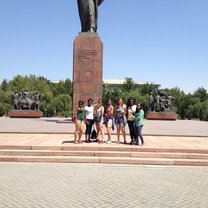 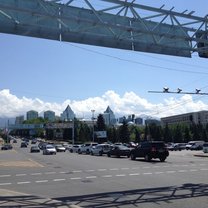 Program
Eurasian Regional Language and Culture Program
After learning about the history of Kazakhstan, Victoria was hooked and couldn’t learn enough about the country, its language, and the culture. Though Victoria grew up in Virginia, she attended university and graduate school in California, at USC and Stanford respectively. As she now prepares for medical school, she continues to improve her Kazakh and Russian language skills while following the development of healthcare in Central Asia. Outside of work, study, rock climbing, and ballet, Victoria enjoys sharing her study abroad experience with the world! The language I was learning when I applied to American Councils Eurasian Regional Language Program (ERLP) was Kazakh, and before that, Russian. While taking Kazakh classes at Stanford, my professor encouraged me to seek out opportunities to study Kazakh in Kazakhstan. One of my friends who recently graduated from Stanford had also been learning Kazakh and recommended that I check out the ERLP for Kazakh language. The reason I sought an international program was because Kazakh is very rarely taught and spoken in the US, and there would be no better opportunity to learn it thoroughly than in Kazakhstan!

When I read more about the ERLP, I realized how rich of a program it was: American Councils would choose a host family for me, set up a pre-departure orientation (which was two days before departing to my host country), and arrange for local advisors, speaking partners, and a whole host of activities not only in my host city, but throughout Kazakhstan. As I found out during the program, American Councils was supportive the entire time and even after I returned home.

When you get back, you WILL be a different person. However, try not to let your time abroad make you compare everything to what it was like in your study abroad country. Instead, use what you learned, saw, and did there to enrich your worldview—even if the gelato in Boston isn’t nearly as good as the one in Rome; even if the qaze (horse meat sausage) in Seattle isn’t half as tasty as the one in Almaty (hint: it’s because there is none!). You are so fortunate to have seen a different part of the world the way you did—by living, studying, and maybe even working there. Share your stories, post pictures, and, most importantly, encourage others to do the same and expand their worldview with study abroad.

American Councils offers study abroad and research programs to fit numerous academic and professional endeavors in Eurasia, the Balkans, and Asia. From language immersion and area studies, to the business and policy sectors, American Councils has a program to advance your education and career - in more than 20 countries and 25 languages. END_OF_DOCUMENT_TOKEN_TO_BE_REPLACED 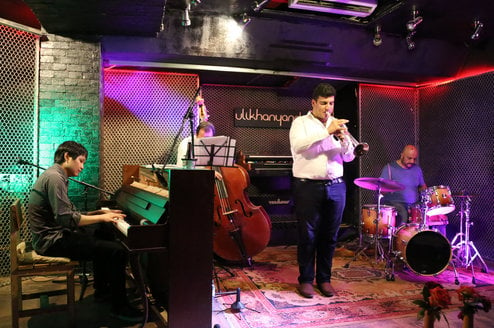 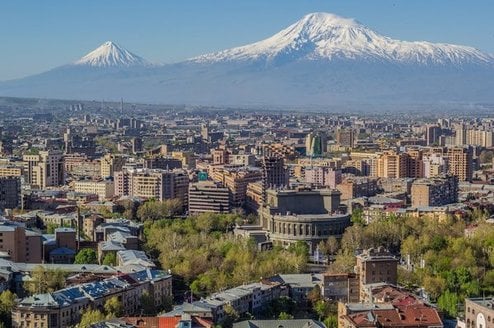 Armenia
Spend a semester or summer studying in Armenia, a unique country at...
View Program