BridgeAbroad has organized an exciting full-immersion program in Rio de Janeiro, Brazil for students looking to improve their Portuguese language proficiency! Students of all levels are welcome to apply, including extreme beginners. Classes are taught entirely in Portuguese at all levels, and are held for a total of 80 hours over the course of the 4-week program. An additional 20 hours of workshops and cultural excursions is also included in the program, furthering student's exposure to the language and increasing opportunities for practice. Check out all of the details today on the program and the benefits of studying with Bridge by visiting our website!

This program is no longer offered. View more programs from BridgeAbroad. 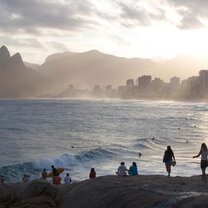 How about putting the best parts of New York City on the beaches of Miami and having a blast learning Portuguese? - Welcome to Rio and BridgeBrazil.

I highly recommend BridgeBrazil. My initial plan was to enroll in one week of intensive courses and travel for the next 3 weeks with a basic knowledge of Portuguese. What happened was I stayed week after week at BrazilBrazil for four weeks - and don't regret one second of it. Plus, the confidence gained at BridgeBrazil has motived me to continue studying Portuguese well after a year from attending the program.

Ok now for the program. Stellar teachers that rotate each day. One day the professor is a nerdy grammar hound, the next day is a flamboyant old man singing, and the next is a young hipster sharing Brazilian street smarts. Talk about fun! The staff is a blast, the facilities are clean, and the class rooms are small. The rooms are tiny - this was intimidating at first but it made for rapid learning and rewarding interaction.

Location is downtown Rio - easily accessible and the subway stop was next to the large street market (I shopped often times for items that just so happen to fall off the back of the truck...who am I to judge?)

My host mom was hilarious, luckily she spoke Spanish so any confusions could be sorted out in Spanish. Her apartment was located just up the street from Copacabana. I'm suggestion would be to stay with a host family for one to two weeks and get your own place through Airbnb.

What would you improve about this program?
My airport pick-up was mixed up and there was a bit of confusion getting me to the host moms house. Aside from that I really think BridgeBrazil does an amazing job and well worth the cost.
38 people found this review helpful.
Helpful 

I felt the program was excellent. Right away the teachers would speak Portuguese with me, and rather than immediately telling me what the word was in English, they would use even simpler Portuguese to explain it to me. The teachers were some of the friendliest I've ever had, and they have amazing patience for students. I liked how we would go over all of the tenses even though I wasn't too advanced yet because it gave me a more holistic view of the language. The homestay provided an unparalled opportunity to practice listening and speaking every day because my host mother was fantastic. The food was great, and she was quite the chit-chatter which was perfect for me.

What would you improve about this program?
Assign some more specific homework; many times one teacher would suggest to the students to do something, but the next day it was only corrected if the student asked. Personally, sometimes I need a push or a deadline to study harder.
35 people found this review helpful.
Helpful 

I spent four weeks in total studying in Rio on a group intensive cours. I was very pleased with the facilities, the program, and most importantly the teachers.

The system of having one teacher a day proved to be an efficient way to learn, without having the feeling of being rushing. The small groups further enhance the efficient learning experience.

Staying with a host family gave me the perfect opportunity to train my skills outside the classroom and made my one-month stay a real total immersion to the Portuguese language.

What would you improve about this program?
The teachers and the actual teaching taking place at bridge could not have been any better, which is of course the most important. However, I found there to be some improvement to be done within the administration. For instance, after taking the online test two times prior to course start, once on sight at the course start and once more at the end did not seem to be the most efficient way of organizing things.
37 people found this review helpful.
Helpful 

It was, sincerely, a great privilege to make it to this company. The instructors were fantastic. Actually, I was there to receive my IDELT teaching certificate, and only took 1 week's worth of Portuguese classes, but even still, I learned so much from the teachers. The quality of instruction, the methods, they are outstanding. And, its often a mixed group of instructors, so you have the opportunity to experience different styles of teaching...very effective.

I remember one of the instructors, named Moises Santos, stayed with me to make sure I understood the use of reflexive verbs in Portuguese. He provided me with the most clear explanations, and examples that I will always remember. Somebody make sure Moises Santos, at BridgeBrazil, on Rua da Quitanda, receives five golden stars for his level of superiority.

What would you improve about this program?
It was perfect.
33 people found this review helpful.
Helpful 

How much does a 4 week trip cost generally? What makes studying in Brazil a unique experience for international students?

Juliana: Brazil is the biggest country in Latin America, encompassing nearly half of South America, the 5th biggest country in the world after Canada, Russia, China and the United States, a country with a population of more than 192 million inhabitants, the 6th biggest economy in the world, exceeding France and the United Kingdom, and projected to be the 5th by 2014, the most important producer and exporter of coffee in the world, the 3rd biggest exporter of agricultural goods in the world, a country that in 2012 will have the 4th biggest gene bank in the world for stocks of seeds and a diversity of foods, will be the host of the 2014 World Cup and the 2016 Olympic Games. All that together, makes studying at such an important country very interesting.

What extracurricular activities do students enjoy while studying in Brazil?

Juliana: Visiting parks, museums, concerts, trying culinary from all over the world at one place (Sao Paulo)..

What can you tell us about the teacher-student dynamic in Brazil?

Juliana: It is divided in theory and practice. At Anhembi Morumbi we guarantee at least 50% of each, to make sure that our students will be prepared to the marketing. Our teachers are very high quality professionals and they are all used to our multiculturalism.

What level of language proficiency should students have before enrolling in a study abroad program in Brazil?

Juliana: To start an Extension Course, no proficiency is required. To start a regular course and/or MBA it is necessary to be at intermediary level, and also pass the test (Vestibular).

With over 20 years of experience, Bridge is an established leader in the teach abroad market. BridgeAbroad internships and study abroad programs are a great way to start gaining professional experience while learning the local language. Internships also come with the opportunity to fill educational gaps in developing countries. Visit the... END_OF_DOCUMENT_TOKEN_TO_BE_REPLACED 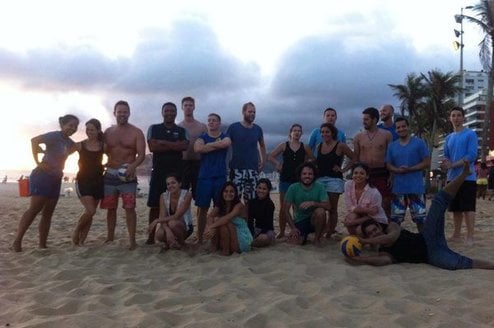 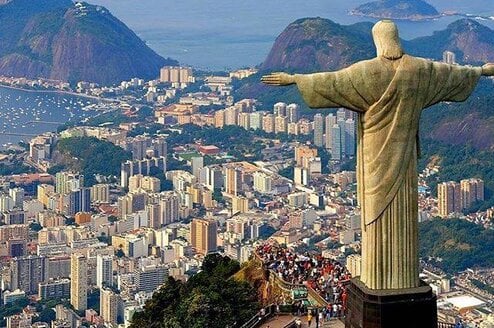 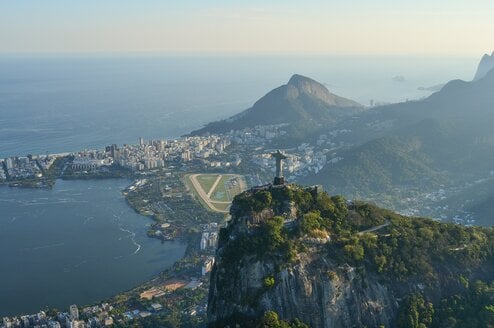 Brazil
Pack your bags and head over to Brazil to study Portuguese...
View Program