The Middlebury School in Brazil offers cultural and linguistic immersion through a rigorous curriculum and adherence to the Middlebury Language Pledge. By pledging to speak only the target language while abroad, students will have the best chance of acquiring fluency and actively engaging in the local environment. Participants take their courses directly in a local university, at Pontifícia Universidade Católica de Minas Gerais, and all students are encouraged to get involved in the community through internships or interactions within the clubs and activities available. 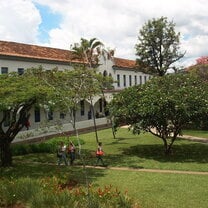 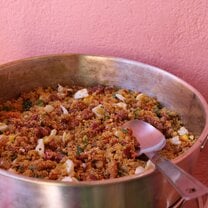 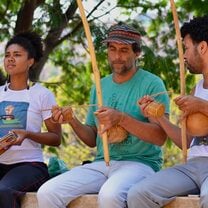 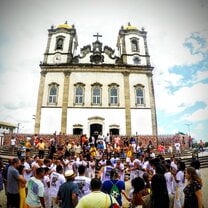 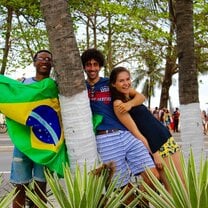 Studying in Rio is an opportunity that not many get. Niterói has so much to offer and provides students with complete cultural and linguistic immersion. The program is coordinated in a way that bolsters this kind of immersive learning environment, but also giving a small liberal arts college feel during the linguistic competency course. Overall, UFF has a wide selection of classes available, and the Gragoatá campus is gorgeous! Students and professors are very helpful and understanding of the fact that you are an international student.

I loved my semester in Belo Horizonte, affectionately referred to as "BH" by its residents. Though not located on the seaside, it has a unique accent, culture, and culinary tradition that are definitely worth getting to know as a study abroad student. The people in BH are especially welcoming, which I discovered in my day-to-day interactions with others and my fantastic host family. And as the third largest city in Brazil located in a beautiful state with lots of day/weekend-trip worthy sites, you will never run out of things to do.
This study abroad program is very independent, which can be positive or negative depending on what type of experience you're looking for. I studied in Spain for one semester with a much more highly structured program, and though they offered far more in terms of cultural adaptation support I felt as though I only superficially engaged with the culture. With Middlebury, there are very few students at each program location which forces you to make friends with Brazilians. I loved the freedom and managed to create a life for myself in BH, with routines and relationships with local people and places. If you're looking for a self-driven program that offers an authentic experience in Brazil, this is the program for you.
A note on language skills: I went into this program with a moderate/high language ability in Portuguese, and this enabled me to quickly adapt to the new cultural environment. Part of the reason I loved BH was that there is not a large English-speaking population, which allowed me to practice Portuguese all the time. That being said, I've heard from other students with lower language abilities upon arrival who had a very difficult first few months due to the low level of support from the program.

What would you improve about this program?
Logistics in Brazil can be different, and plans are often much more fluid than in the U.S. That being said, I think the program needs to improve on basic organization and communication when planning group events and excursions.
32 people found this review helpful.
Helpful  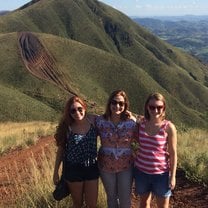 First of all, anyone interested in studying abroad in Brazil should ABSOLUTELY look in to going to Belo Horizonte. This was the perfect place to study abroad, as the city is large (2.5 million people) with plenty to do, but it's also known for its warm and welcoming residents- something I can attest to. For me, it was absolutely the best of both worlds. I had friends visit me who were studying abroad in other cities in Brazil at the time, and they said the same thing- the genuine warmth of BH's residents just doesn't compare.

The program itself is great for students looking for a really independent experience. You're really able to make the semester what you want, with the downside (for some people) being that the staff, while supportive and present throughout the semester, do not hold your hand through it all. In my experience though, they were there when I wanted them to be and that was all I needed. Another strength of this program is the degree of immersion you get into local language and culture-- from what I understand, all Middlebury programs are like this, but I would say that this is especially true in Belo Horizonte as it is relatively easy to make local friends and to get involved in local life. This program also offers the opportunity to participate in an internship, something I highly recommend as this really deepened my involvement in the city and allowed me to be a part of an entirely different community. The program is imperfect as are all, but if I could do it all again, I would easily still choose Middlebury's program in Belo Horizonte as my study abroad program.

What would you improve about this program?
A more comprehensive orientation (we received information on the basics and went on some nice cultural excursions, but it could have been a bit more detailed in certain areas that were only cleared up later), and a bit more organization in general.
32 people found this review helpful.
Helpful 

The Middlebury C.V. Starr Schools Abroad feature 38 sites in 17 countries and are characterized by a focus on integration with the host culture, both linguistically and socially. In addition to taking academically rigorous courses, students are able to participate in internships, volunteer work or campus activities with local students, and at most... END_OF_DOCUMENT_TOKEN_TO_BE_REPLACED 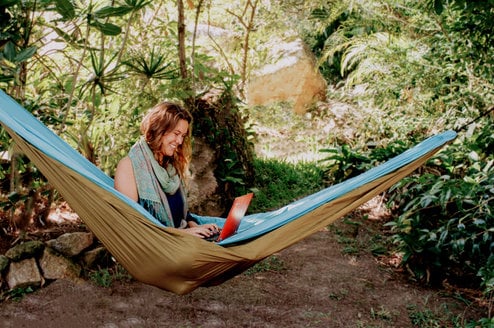