Participants from around the globe come to work and live together in cooperative voluntary service workcamps.

We organize fifty or more workcamps in Japan, Taiwan, India, Uganda, France, Mongolia and Malaysia. Please contact us if you would like to join us in our mission engaging local communities in creating a sustainable and cooperative world. 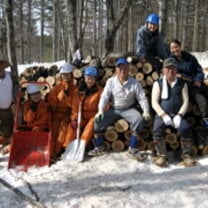 This program was nothing like the description purported. The program as it was described made it seem like the volunteer would be able to interact with the community, work with / meet children at the local school, and help the elderly living in their homes in addition to the orange farming work.

In fact, the other volunteer and I had little chance of meeting anyone. We worked with the same family every day, started early and came back late (about an hour before dark). Because it was so soon to become dark in such a rural place, we couldn't even explore the area around us. Even on our free days we would often be so exhausted from work, or the weather was poor, or we had household work to catch up on, that our free days were very little fun. We never met our neighbors. We told the family we worked for (the richest in town) that we were getting overwhelmed. We were working 10 hours a day 5-6 days a week, and we needed some more time. My friend had it worse than me because he was a guy. They worked him brutally, making him move around these 15-20 kg orange crates all day (I did too in the warehouse, but in the fields he had it pretty bad). He started suffering severe knee and back pain, of which he asked the woman in charge if they could lighten up his workload. The old woman laughed and made fun of him several times after this. She did give him one day off to do other work with the Grandfather, but I worked with her that day and she spent her day's talk disparaging my friend for not being a hard worker and weak.

Our coordinator was a pervert and completely irresponsible. I'll not go too much into the pervert stuff, but for example the first day he met us he talked to my friend about 'ladyboys' (in Japan, that means transsexual) and about his encounter with one and how it's "not bad." He asked Hendrick if he would be interested in one, and how it 'feels the same.' There were also far more explicit conversations with Hendrick repeatedly. At least, when he wasn't ignoring us.

We were there for two months, but for one month the coordinator completely ignored us. This is unfortunate because the town we live in was so rural that it didn't have a grocery store. We literally depended on him for food and he kept blowing us off. It got to the point where my friend and I would walk in the brutal cold (this is winter, on a mountain, by the ocean) to the nearest town--a 40 minute walk downhill (we lived on top of the mountain) to buy bread, pasta, etc. Even then we couldn't buy much because we had to carry it all back. Eventually we were able to ask the Grandfather (the only kind person we worked with) to give us a ride to the store. We did not know this was possible until the end of the program, which was unfortunate. If Hendrick wasn't fluent in Japanese (and I suspect if the Grandfather didn't like him so much) this wouldn't have been possible.

Also with the food, our budget was extremely austere. We needed more money for food, and it took a great deal of effort to acquire it. In the beginning we weren't spending that much anyway--no snacks, meat and fish at half off price (when it gets old, they reduce the price), cheese as a rare treat, etc. But we were reprimanded harshly by both the coordinator and the old woman for eating too much. We were each eating more than one slice of bread per day, and the old woman said that was too much. One slice max per day, otherwise it was too expensive and we'd get fat. We stopped buying meat, cheese, and milk altogether because it was too expensive.

The woman that we worked for was mean, rude, and bossy. Definitely the kind to kick you when you're down. In front of others (her husband, her friend) she would be much more polite. Most of the time we worked with just her and a hire. Under those circumstances, she was the rudest person I've ever met in Japan. For example, she'd just point to a spot on the floor and yell, "CLEAN!" She also would make fun of my friend and I a great deal; she used laughter as a weapon, a guise for her great sense of humor but in reality she was just mean. I still had to work the 10 hour day on my birthday... I thought at least she would let me out a bit early.

We really begged her and the coordinator but it backfired in our faces. In addition to being exhausted all the time, the reason why I signed up for this project was to practice Japanese and I never had the time. The family (the coordinator was the old woman's son) called us selfish for wanting more time, and in the end we had to apologize for daring to ask something so selfish. As a bonus, we also gained the reputation of being lazy.

The house we lived in sucked. The refrigerator was broken, and often it would be warmer in the fridge than in the kitchen itself and we figured out that food often went bad faster if we kept it in there. Luckily (I guess) it was winter so we just started keeping things outside of our fridge. The roof leaked in multiple spots, and the house was a mess when we moved in. It took a week to clean the kitchen, and after that week we said 'screw it,' for the rest of the house because the orange work was killing us and we were simply too tired to clean when we came back home.

We asked our coordinator about working with kids or old people and he said that if we wanted to do that we would have to arrange it (and pay for it) ourselves. Pretty impossible if you ask me, especially if you've never gotten a chance to see even your next door neighbors.

We did host a work camp, that was all right simply for the sake of having other human interaction and getting away from that wretched old woman. I worked for a different farmer for two weeks, which was an utterly fantastic experience. I found out what it was like to be appreciated for volunteer work, and not be treated like s*** all day. The work day was made longer by the coordinator (7:10 to 5:30) but I didn't care because the woman was so mean and the guy I worked for was so nice. Little changes made all the difference in the world. E.g. when we worked out in the fields with the old woman and you had to use the bathroom you had to go outside because we wouldn't go back to the warehouse. With the different farmer, at lunch time we'd always go back to the warehouse and I didn't have to go to the bathroom outside anymore (such a relief, since I'm a girl).

During the work camp a guy from NICE (the Japanese organization) came for a few days, and Hendrick talked to him about the numerous problems we were having and how the program's pamphlet was so, so, SO very wrong. He just kind of shrugged and said that was the way it is and that not much could be changed. Basically, he was useless. He did say that he would change the pamphlet, but my friend checked two weeks ago if they did and they didn't. In fact, they asked HIM if he would be willing to do it, which is laughable because neither of us want anything to do with that forsaken place. Oh, and might I add that my friend went to the NICE office in the first place to tell them they should shut down the program. They're not going to, and didn't make clear what it takes for having a program shut down.

For 1.5 months the guy I lived with was my only companion, literally. We only had each other to talk to and hang out with. I don't know what I would've done if I had either been alone or if we didn't get along. I think I would've fallen into a deep, deep depression, which is a chilling thought.

This program felt like we didn't do anything for the community, it only felt like we helped the richest family in town get richer. The orange workers (who do the same work as we did) make about $100 per day, and our pocket money was $200 a month. The woman was ungrateful, and our coordinator a 40-something-year-old man-child who hates working and uses this program to show that he has at least some sort of 'job.' I felt this program benefited this family (other than the grandfather) that I had grown to despise and sorrowfully regretted having signed up for such a thing.

Never, never, NEVER sign up for the Ikata program. Seriously. This program is a farce and I feel sorry for any poor soul who accidentally falls into its clutches.

NICE was founded on the 4th of February 1990 by 7 youths who had participated in volunteer workcamps abroad. In September 1990, the first international workcamp was held in Japan at the foot of the Mt. Fuji. NICE has been growing rapidly as we rise to the challenge of meeting the ever-increasing needs from communities for targeted projects and... END_OF_DOCUMENT_TOKEN_TO_BE_REPLACED 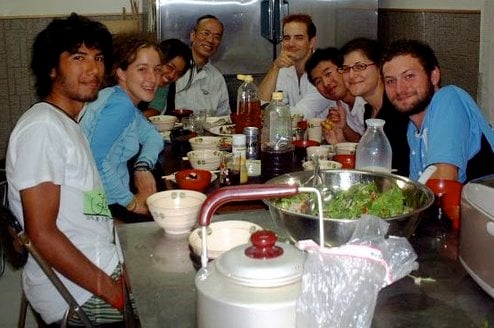 Japan
7.00 •1 review
Who are WWOOFers? They are often travelers in Japan who wants to...
View Program 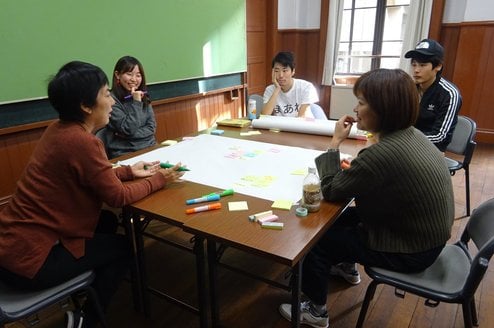