The Atelier Aquatic SEA change programme (Scientific research, Environmental education, Aquatic Action) is designed to bring all our NGO projects together for maximum impact in positive change for healthy diverse Oceans and sustainable development for our communities.

A residential 4 week programme in a paradise location in Palawan, Philippines, "The most beautiful island in the world". Learn about conserving Port Barton Marine Park and all it's inhabitants. Enjoy and contribute to the warmth of the community through creative action.

“What you do makes a difference, and you have to decide what kind of difference you want to make.” - Jane Goodall

10 Rating
based on 5 reviews
Leave a Review
Good for Groups, Couples, Students
Showing 1 - 5 of 5

I work for a local wildlife conservation charity in the UK so I am very aware of the decline in our biodiversity and the importance of protecting wildlife habitats. I am so inspired by nature, that my working life has lead me to inspire others, supporting people to re-connect with nature which brings benefits to people's health and wellbeing.

I have always been lucky enough to travel and re-kindled my passion for scuba diving about 10 years ago. I found Atelier Aquatic was offering opportunities to support them carry out reef surveys in Port Barton in the Philippines, so within my holiday I decided I would get in touch with them. What a lovely and kind team, they explained the process, what the key indicators we were looking for (both good and bad) and down we went. Although I may have had some experience in survey monitoring, it has been a while, and I have to admit my knowledge of global marine wildlife is limited- I learnt so much!

I have to quote David Attenborough “no one will protect what they don't care about; and no one will care about what they have never experienced”. Atelier Aquatic not only offers opportunities to take part in reef surveys for people to 'experience', they also have some fantastic educational art programmes that engages the local community. As I already said, I am very lucky to be able to scuba dive to see the wonderful wildlife (but also see the decline in marine species that we desperately need to protect). Many local people cannot afford to scuba dive and see theses wonders and the decline it faces, so, Atelier Aquatic help local people 'experience' the underwater by providing community projects that engage, are creative and inspire everyone about the life under the sea. I had a great experience, thank you to all the team.

I volunteered with Atelier Aquatic during my trip to Port Barton in Spring 2018 and had the best time! A holiday is made much more memorable and valuable when you get the opportunity to find out about the place you in and the people who live there. I helped out on Atelier Aquatic's Marine Mural projects, an ambitious project that made the entrance to Port Barton brighter, more inviting and colourful. Behind the project was a vision to creatively communicate the important message about the precarious situation of sealife in Port Barton and further afield. I really enjoyed getting to be creative and supporting local young people to do the same and had a lot of fun whilst doing so. I would highly recommend getting involved in Atelier Aquatics activities and helping to make a difference

We all saw what an impact David Attenborough’s recent series of Blue Planet had to promote action on plastic waste and clean up our oceans. The Blue Planet team travelled to French Polynesia, and filmed coral reefs at their best. Well did you know… coral reefs have the highest biodiversity of any ecosystem on the planet—even more than a tropical rainforest! Occupying less than 1% of the ocean floor, coral reefs home more than 25% of marine life.

The Philippines, has more than 7,000 islands and surrounds about 26,000 square kilometres of coral reef! Sadly, South East Asia’s coral reefs are the most threatened in the world. 30% of the Philippine’s coral reefs are dead while 39% are dying. In April I rocked up in Port Barton on Palawan Island (Philippines) to meet Atelier Aquatic and volunteer across their many projects. Atelier Aquatic are a community interest company; they use creativity to engage communities in marine conservation. I spent a month working alongside them to make positive change at the local scale here in Port Barton.

Never doubt that a small group of thoughtful, committed citizens can change the world; indeed, it's the only thing that ever has. - Margaret Mead

The community of Port Barton is quite small, where everybody seems to know each other by name and face (and complete life history!). Families that have lived here for generations speak of a time where their neighbours were monkeys swinging in the trees. Looking back, they remember picking food from the jungle and fish for dinner was caught close by. Today fishing has to be more specialised as the waters have become depleted of fish stocks. Many fish and sea creatures have become endangered, which has a knock on effect to the whole reef system. Catching a critically endangered fish is a status symbol in some social circles whereas in others it is complete blasphemy! Spear fishing, a technique established and passed down through family generations, is now banned.

Atelier have been teaming up with the local boatsmen who take groups on Island tours. There is a steady stream of tourism to Port Barton; most tourists spend their days island hopping, snorkelling or scuba diving. Anchors thrown down from these boats has been seen to smash reefs like an atomic bomb. In effect obliterating your underwater passion and the tourism industry, along with a bustling home for many. Atelier have been encouraging boatsmen to stop dropping anchors and also to promote better snorkelling practise. I created booklets about the local reefs and what you can spot in each area. Atelier hope that by spreading this knowledge and engaging the community in their rich culture, levels of respect and positive attitudes towards conservation will increase.

There are two species of turtle that live in this area alone, they are now critically endangered. During the school holidays we spent a few days with some budding artists, local schoolchildren. We talked about the reefs – mainly about the local turtle population and drew lots of turtles until we committed to a giant mural on the library wall. The final painting was an informative, masterpiece that promoted an appreciation and knowhow of how to protect these peaceful reptiles. The mural is one of many of Atelier’s artworks dotted across the town.

Atelier have an ongoing project with plastic waste, by building with plastic bricks. It’s a visual stimulus to remind people of the damaging effects of plastic waste. One structure has been built at the local primary school - a cleaning station. Over the month I spotted more and more people pushing little bits of plastic into 2L pop bottles! Many businesses are offering free water refills across the town, but still the problem continues as the mountain of disposable water bottles keeps building up. We discussed ways to promote tourists to switch to using these water stations… to be continued.

Before I arrived, Atelier had worked with a local ‘stone mason’ who created a giant octopus sculpture. One day, we spent a day dragging this beast by boat, on a raft, across miles of ocean to a remote reef – luckily the waters are extremely calm at this time of year but it still took hours! The boat stopped at a popular diving spot. Once in situ, the creature was lowered down onto the ocean bed. From this we tied octopus mooring buoys (upcycled plastic bottles), which boatsmen can use these instead of dropping an anchor. Watching the whole process was quite an unbelievable community effort - a high standard of team work that you couldn’t manifest in the UK, even after months of team building exercises! The Octopus is one of three underwater sculptures funded by Sculpt the Future. It will become an artificial reef. Artificial reefs are another approach to conservation.

Alongside these creative interventions, Atelier are collecting surveys of the reefs. This supports the research carried out globally by Green Fins. The surveys monitor the effects of tourism, the aquarium trade and different fishing industries by gathering numbers of indicator species in each location. Green Fins are aiming to gather as much information as possible to understand how healthy our coral reefs are. Atelier hope that with this proof they’ll be able to promote to local government the implementation of Marine Protected Areas are.

My new year’s resolution was to escape the human world and to learn more about animals and plant species. Over the month it was an absolute delight to see dolphins, turtles, sea slugs, lion fish, cuttle fish and some mesmerising soft corals in such diversity. Learning about coral reefs and the different creatures that make it their home was truly fascinating. Have you heard about flatworm’s penis fencing battles?! We need not go to space to look for new life - it truly is another world underwater. Now we just need to work to preserve the life that surrounds.

I volunteered with Atelier Aquatic initially to connect with people and communities through art but got so much more out of the experience. The people of Port Barton are what makes it such a special place and I met some wonderful people. I loved the process, from collaborating with local artists to the final pieces we created for the community in public art pieces inspired by the life in the surrounding. Anita and Sam were fantastic guides throughout the projects and I will definitely be coming back!

I had the BEST time with Atelier Aquatic. I learnt so much in just 1 month. It was everything I had hoped and more. In a beautiful location, fantastic team, thorough teaching and training. Lush diving in some lovely reefs and paradise dive spots. I was part of the survey process in the locality and contributed to data supporting the reinstatement of the MPA. We carried out art education projects with local kids and created a brilliant public art piece to remain in the hearts and minds of the community. Totally recommend it, the best thing I have ever done in my life!

The Philippines being an archipelago comprised of over 7,000 islands lends itself well to a melting pot of diversity with different cultures and customs on each island. The Filipino people are known for the hospitality and will happily tell you the best islands for each activity; from sky-diving at Bantayan island to the untouched Caramoan island, you can't go wrong.

Atelier Aquatic is a Community Interest Company that uses creative solutions to engage communities in education and marine conservation. Drawing inspiration from life in the Ocean, to life on Earth. Art, Education and Marine Conservation.

END_OF_DOCUMENT_TOKEN_TO_BE_REPLACED Most Affordable & Trusted Volunteer Programs in Philippines from $260 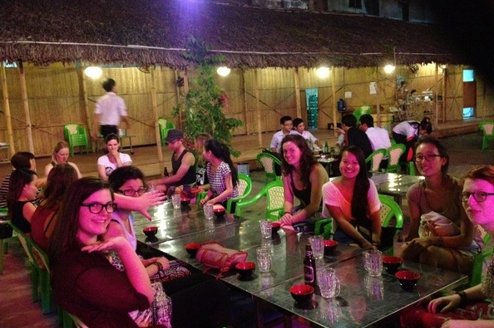 Tru Experience Travel have some of the most amazing volunteer... 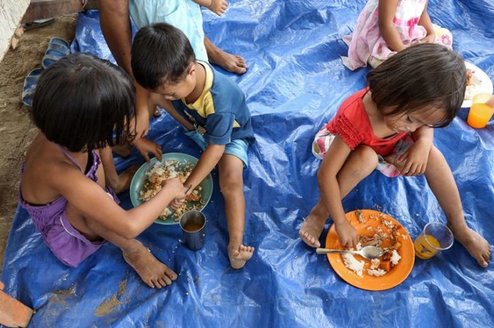 The Philippines consists of more than 7000 stunning islands but it is...