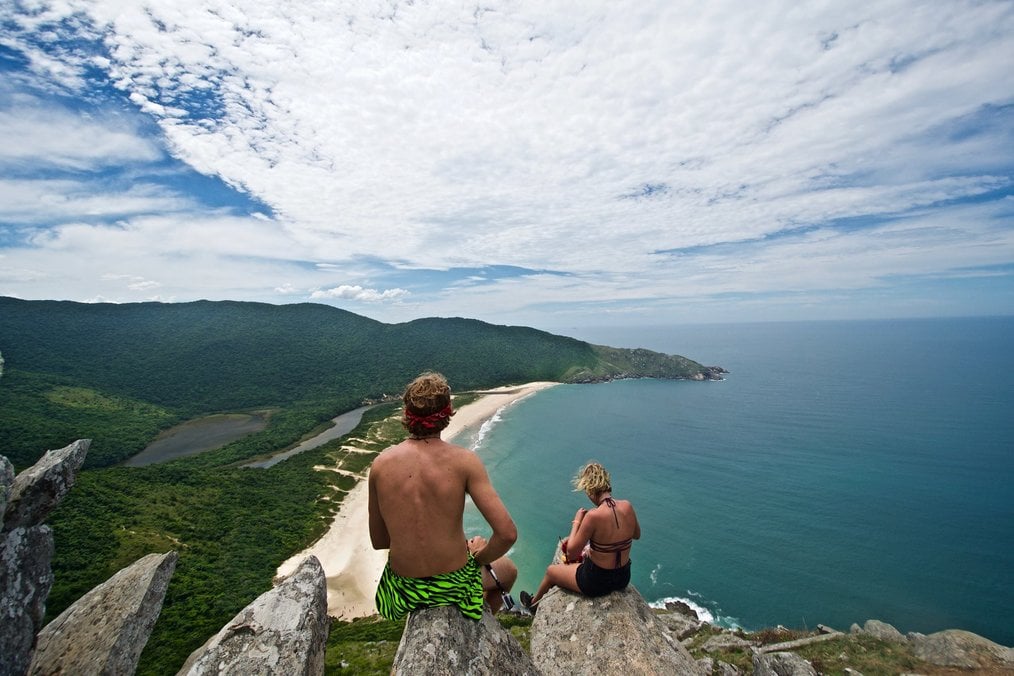 Making the decision to learn Portuguese abroad is exciting and will surely be rewarding, but the most difficult choice to make is where you would like to go. Brazil and Portugal, while amazing countries in their own right, aren’t the only places you can go to learn Portuguese. The Lusophone (Portuguese-speaking) world extends far and wide, giving you options in Europe, South America, Africa, and Asia.

It’s important to know what you want out of your learning experience as Portuguese is incredibly varied throughout the world. What kind of experiences would you like to have? What types of cultures would you be keen to learn more about? There are many questions to ask yourself, but this article is here to help you make your decision with ease! Here are some of the top destinations where you can learn Portuguese abroad -- including some that will surprise you! 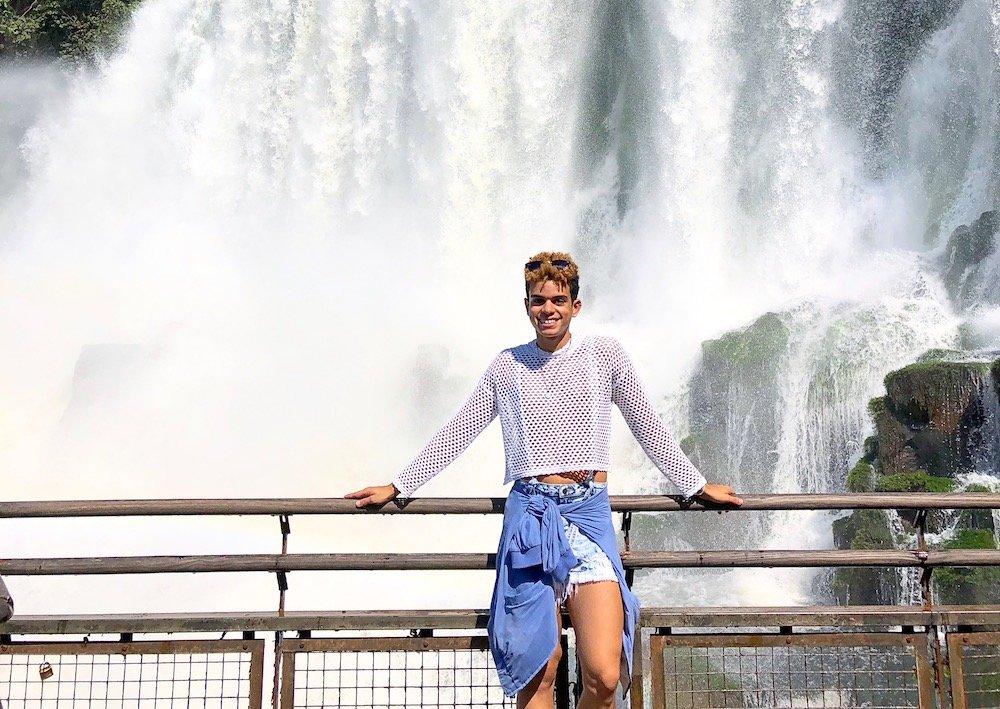 When people first consider where to study the Portuguese language, Brazil is usually the first on their minds. As one of the largest and most populated countries in the world, Brazil is home to plenty of native speakers to practice with and many different learning institutions. Brazil is highly urbanized, with most people living in large bustling cities like São Paulo and Rio de Janeiro. The country is best known for its lively and colorful culture and holding the largest biodiversity on the planet.

As a Latin country, it would be difficult to feel bored in Brazil -- with so many different people, cultures, foods, and parties there is something for everyone. Since Brazilian cities are so densely populated it is far more expensive to live than most people expect from Latin America, however, the less populated areas are much more budget friendly.

An important thing to consider before deciding where you would like to learn Portuguese is understanding why you would like to learn. Where you go will heavily influence your understanding of the language; some countries have dialects that are more difficult to absorb and can deviate from stand Portuguese. The Brazilian Portuguese dialect is known for being easier to pick up, but there are a few key differences between it and the standard European Portuguese.

Brazilian Portuguese differs mostly in pronunciation and vocabulary. There are also some regional differences within the country itself, as it is so massive. The Brazilian vernacular is heavily influenced by indigenous languages and as a result, many words vary from the standard, with many unknown to the other dialects of Portuguese.

See all Portuguese programs in Brazil → 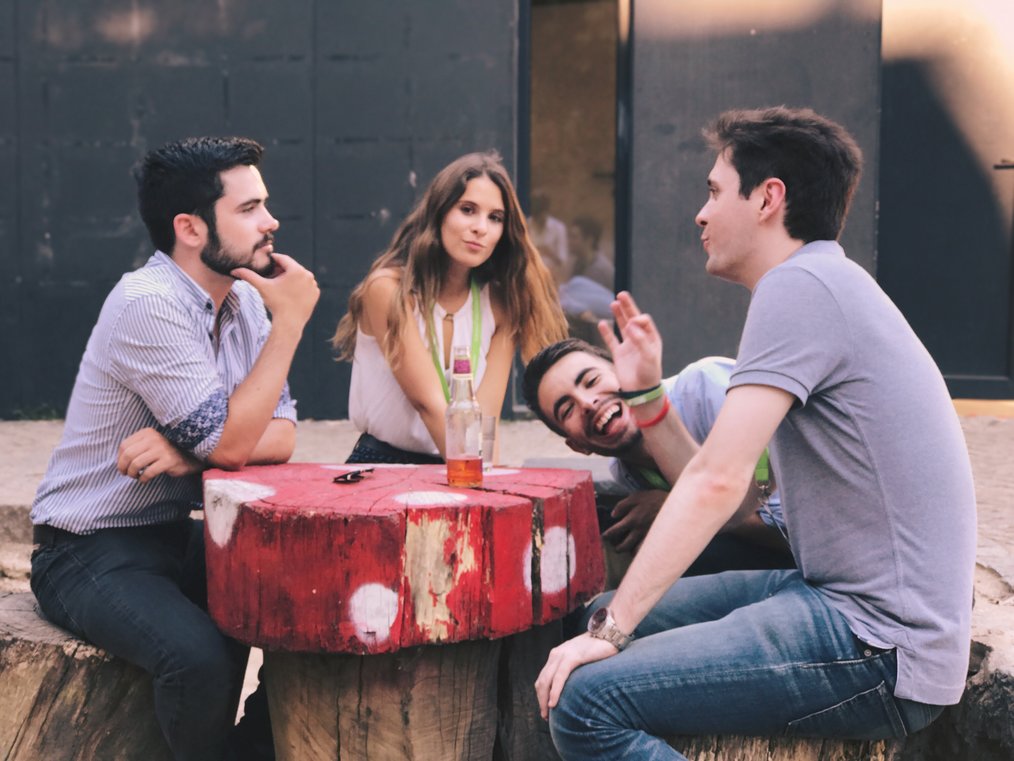 Portugal is a small nation compared to Brazil, but it makes up for its size with its easy-going and culturally rich Mediterranean history. The capital, Lisbon, is one of the oldest cities in the world -- and also one of the most visually striking. Many of Portugal’s larger cities are nestled between the water and steep coastal mountains and are characterized by their sweeping tree-lined avenues with intricate cobblestones that meet magnificent varicolored facades.

Portugal will please more than just your eyes - each of your senses will be enticed by this fascinating country. Walking along the impressive avenues you are sure to encounter the fantastic smells of Portuguese cuisine and the soothing sounds of Fado, the traditional music of the country. Portugal’s colonial past and rich oceans have created an unforgettable food culture – with some of the best seafood in Europe and influences from Africa and Latin America - you won’t grow tired of the culinary delights of Portugal and a good dish of Piri-Piri chicken will change your life (you can take my word for it).

Life in Portugal is relaxed and would be a comfort to your wallet as well. Living expenses are far less than many other European countries, especially rent. Depending on where in the world you are, the flight to Portugal determines how budget friendly the country is for you, however, Portugal is home to many budget airlines that service most countries.

As the birthplace of the Portuguese language, the language of Portugal is the standard. Compared to the other Lusophone nations, the Portuguese here tends to be more formal which can be difficult for some to pick up.

See all Portuguese programs in Portugal → 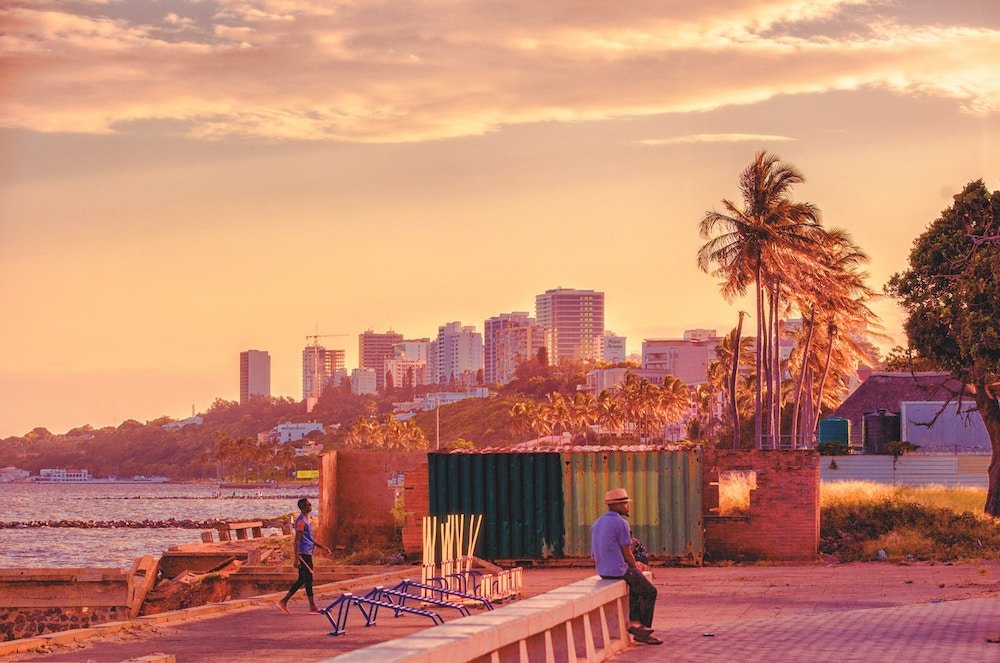 Mozambique is one of the lesser known destinations in Sub-Saharan Africa. Situated on the coast of South Eastern Africa, Mozambique is home to plentiful coastline as well as a rich and mesmerizing interior. The tropical climate makes it an ideal location for those looking to enjoy beautiful weather all year round.

Roughly 40 percent of the population speaks Portuguese, although there are not many people who consider Portuguese as their native language. Most people speak Bantu languages, Swahili, or other indigenous and Creole languages. This melting pot of different tongues has greatly influenced the Portuguese spoken in Mozambique. Mozambican Portuguese contains many expressions borrowed from indigenous languages and has several departures from the traditional European standard pronunciation.

Mozambique has plenty to offer with numerous national parks teeming with iconic African wildlife as well as sparkling crystal-clear oceans. Natural beauty compliments the vibrancy of the culture, food, art, and music of this underrated country. Maputo, the capital, is lively yet relaxed with bustling food stalls, wide tree-shaded avenues, and dotted throughout is artfully designed Portuguese colonial architecture. The cost of living in Mozambique is relatively low and is friendly to most budgets, however, depending on where you are from the flight could be pricey.

Some people can be skeptical about the safety of Mozambique, but it is not an unsafe country. Mozambique is safer than many African countries and most tourists never have any incidents. Like with any country, vigilance and awareness are necessary to avoid issues. Try not to let any rumors you may hear deter you from a beautiful experience in Mozambique! 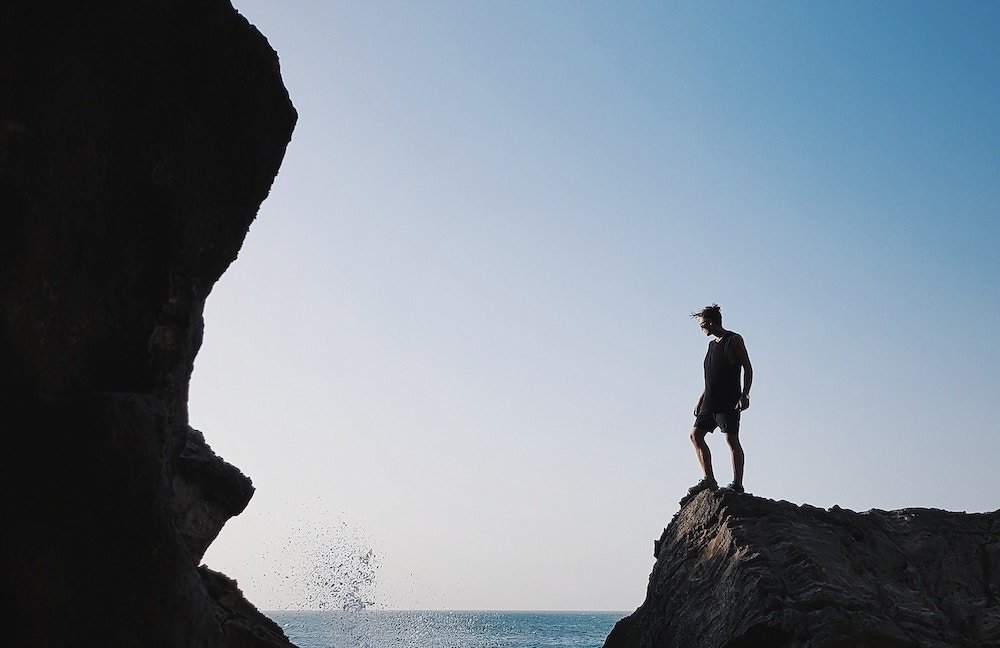 A popular vacation getaway, Cape Verde (officially known as the Republic of Cabo Verde), is one of the more breathtaking locations to learn Portuguese. The volcanic landscapes of this island chain provide an endless number of stunning visuals. The tropical climate, lush greenery, and sapphire blue seas entice tourists and expats alike. Just be warned – if you visit you may never want to leave.

The majority of Cape Verdeans speak Portuguese as their second language, with Creole being spoken in most casual situations. The Portuguese spoken there does not stray far from traditional European grammatical structures, but there are differences in how words are pronounced and some vocabulary.

Cape Verde remains relatively inexpensive to live in despite its popularity among tourists. Like with many tropical locations, life is relaxed, people are friendly, and there is plenty of nature to lose yourself in. The cuisine in Cape Verde is not to be missed out on as well, with some of the best seafood in the world and bountiful tropical fruits. It would be difficult not to enjoy your time learning Portuguese in Cape Verde.

São Tomé and Príncipe possess endless beauty and charm, it will be sure to capture your heart and provide you with many adventures. “Léve léve,” meaning “easy, easy,” is the motto of this island nation, and it is not difficult to see why this is the case. The volcanic earth creates piercing green jungles that meet the dazzling turquoise sea – sights that make it challenging to feel anything but at ease.

Not only is São Tomé and Príncipe chocked full of natural splendor, but its people are known for being some of the most hospitable and friendly in the Lusophone world. Not to mention, the islands are known for their decadent chocolate – the islands used to be one of the most significant producers of cacao in the world. Today, many plantations lay in ruin but there remain many vibrant colonial structures to enjoy.

Like Portugal and Brazil, São Tomé and Príncipe recognize Portuguese as the language spoken by most inhabitants as a first language. Most people also speak a form of Creole, which is interesting to learn and experience as well. It is important to note that the Portuguese spoken on the islands is older in form than the standard Portuguese, with some archaic structures of grammar, syntax, and vocabulary. However, the European standard is spoken widely by the upper class and is growing among all groups. Macau is undoubtedly one of the most interesting places to learn Portuguese, as it is one of the few significant Lusophone nations in Asia. Macau, as a territory of China (sharing the same status as Hong Kong) and a former Portuguese colony, provides a special blend of cultural influences. Macau is home to candy-colored colonial architecture contrasted with Chinese temples, towering high-rises, and lavish casinos.

The majority of people in Macau speak Cantonese, but Portuguese remains a significant part of the culture. Portuguese is one of the official languages of the region and can be seen throughout the city streets and on official signage. About 1% of the population speak the unique Macanese dialect of Portuguese, which is very similar to the standard European language.

Due to the influence of Cantonese and surrounding Asiatic languages, the Macanese dialect has some distinct characteristics. Namely, the differences can be seen in its pronunciation, as most people are non-native speakers, the dialect is characterized by its Cantonese toned accent. Many words have entered the dialect from Cantonese and other Asian languages as well, distinguishing it from standard Portuguese.

Macau is a fascinating hybrid of cultural histories and would be a truly unforgettable place to learn Portuguese.

Now, where will you go? Learning Portuguese overseas will be an amazing experience, wherever you end up. There are so many options and experiences awaiting you, you just need to atirar-se de cabeça – or face this tough decision headfirst and begin your adventure!

This article was originally published in August 2015, and was updated in March 2019.