With its glamorous and historical cities, romantic countryside, and an array of winding rivers, towering mountains, and deep forests, Russia is a country of striking beauty and diversity. Russia spans over ten time zones and two continents and is one of the most popular tourist destinations in the world. From magnificent capitals with stunning architecture and bustling night life to the quaint, charming feel of its older and quieter towns, there is no way an opportunity to spend a gap year in Russia should be overlooked.

Most gap year opportunities are for studying the Russian language. Many programs offer complete immersion, which is typically the best way to learn another language; students are placed in host families and attend Russian schools full-time. Language study programs can be found in almost every city in Russia, but the most popular places are Moscow and St. Petersburg, as they offer the most opportunities to really learn the Russian language. There are programs available for people who already have a Russian language background as well as beginners, and the majority of programs offer cultural and historical education in addition to language and linguistic.

There are several volunteer opportunities for gap year students. Many of these are set in more rural areas of Russia, such as Siberia, which is an ideal area for people interested in native cultures, ecology, foreign relations, and history. Many of these programs are designed for the more outdoorsy and adventurous people, but students with any level of experience or adventurous personality can also partake.

While Russia is a very modern country, a large percentage of its residents do not speak English. Due to this, teaching English in Russia has become extremely popular. There are many programs that combine teaching English and studying Russian, so that gap year students split their time between instruction and learning.

Cost of Living in Russia

Culture and Etiquette in Russia

A typical greeting for men is a firm handshake while maintaining eye contact, and women usually kiss on the cheek three times (starting with the left and alternating). Russians are very hospitable, and often make elaborate meals. It is considered an honor to be offered food or a drink, so declining such offers can be considered rude. If you are invited to a local’s house, it is polite to bring a small gift (males are usually expected to bring flowers, but do not give yellow flowers!). Russians are punctual and it is rude to arrive somewhere more than 10 or 15 minutes late. When entering a Russian home, remove your outdoor shoes, and you will often be given slippers to wear. Russians are a very demonstrative bunch, so do not be thrown off by public displays of affection or physical contact.

One of the biggest differences in Russian culture is the lack of politically-correct terminology and the prevalence of discrimination. While bigger cities have more diversity and fewer issues with discrimination and prejudice, discrimination is still an integral part of Russian society. Discrimination can often reach dangerous levels and being an “individual” in Russia is not as celebrated as it is in other countries. With that said, you can’t change who you are. Be polite and do not be tempted to physically defend yourself. Stay with a group or a trusted local if you are in a rougher area. Mentalities in Russia are changing and discrimination is not as bad as it has been, but it is still very prevalent.

Health and Safety in Russia

While Russia is generally a very safe and healthy country with relatively low crime rates, there are always things to watch out for. One of the most important things is to not drink the tap water. Even locals don’t drink the tap water, so for drinking water and brushing your teeth, use bottled water. In Russia, cars mean money and money means power, and while walking on the sidewalk is generally viewed as the safest place to walk, it can be dangerous to be a pedestrian in Russia. Drivers often drive wherever they feel like it and pedestrians do not have the right of way, so you can even be blamed for walking in front of a car even if you are on the sidewalk. Train travel is one of the most exciting things about being in a Russian city, but beware, as they are oftentimes traps for pick-pocketing and even abductions.

Stay aware and with other people while using the train system. It may be inconvenient, but it is generally smart to keep your passport on you at all times. Keep it hidden in a safe location on your person (in a money belt or a special wallet), but it is wise to have it on you, as police will often use not having your passport on you as an excuse to arrest you if you get caught in a sticky situation. Lastly, avoid using Russian hospitals. Sometimes it is unavoidable, but try to avoid putting yourself in risky situations. Russian hospitals barely meet hygiene standards and oftentimes don’t have modern equipment or even constant electricity. 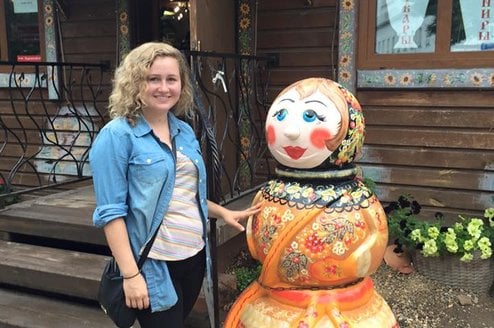 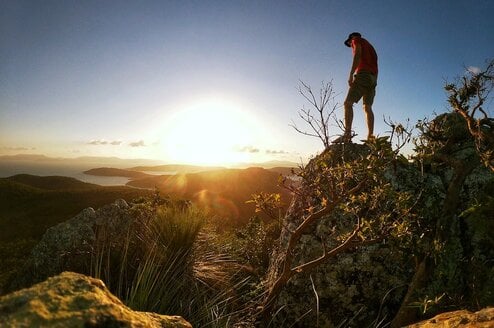