Study alongside other international teens and experience life abroad, making this an unforgettable summer experience. Get a head start in your language fluency with 15 hours of classes per week on this full immersion cultural program.

Program-at-a-Glance:
- 15 morning classes a week (3 classes per day for 50 minutes each)
- Classes are taught by native German teachers who specialize in teaching German as a foreign language 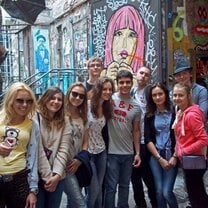 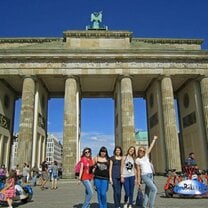 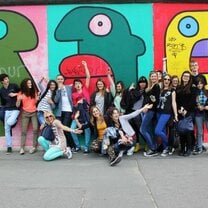 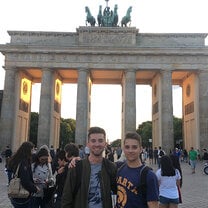 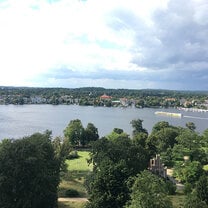 Going to Berlin through greenheart was an amazing experience for me. There were a lot of people from a lot of different places, so I got to meet people from all over the world. In my room, we were one Turkish, two Belarussians and a Francoamerican - and that’s only our room. German classes were good although I think I should have been more militant about them putting me in the right class - if you go, make sure to be on their backs about that. The rooms were fine, we just didn’t have space to put away our clothes. The staff was really nice, and we got to do a lot of activities, with a lot of free time every day. Overall, I think this experience is totally worth it, especially if you find people who are willing to only speak german with you.

What would you improve about this program?
Having space to put away clothes, eating better food
9 people found this review helpful.
Helpful 

Well, where to start? Having been back in the US for the past month, I've had time to reflect on the program: what I liked, how it shaped me, what I now miss. I'll just start with the facts, things I didn't know before stepping off the plane that I think any potential traveler should know.

1) Get ready for lots of German!
Before arriving, I lamented that I was traveling over 5,000 miles just to speak English with other Americans. I was proven wrong on all counts. I was able to speak German literally from when I arrived, jetlagged and all, in Berlin, where a representative of the DID Deutsch Institut met with me. From there I proceeded to speak German with the DID transport driver, then the staff as they checked me in, then even more during our presentation that night. While it takes some getting used to, this is an absolutely invaluable opportunity to practice around the clock and the entire focus of the program, from classes to excursions, are primarily conducted in German. Obviously, they will speak English for you if need be, but I recommend speaking as much as possible with the program staff! I made it my goal to only communicate with the DID staff in German, and barring a few slip ups, I did!

2) There won't be many Americans there. Embrace it!
Following the language point, I was equally shocked to discover that I was only one of three Americans out of 70 individuals at the program! This was likely the best aspect of the program for me, as I was able to make friends from countless countries and learn about their cultures as well as I practiced German. For example, I had a Ukranian, an Estonian and a Slovenian as my roommates, and we still talk frequently to this day! You'll make friends across multiple continents and dozens of countries, and if you're like me, even get to practice your French and Spanish with the other students while you're there!

3) Know Greenheart Travel's role in the program.
Greenheart Travel does a fantastic job coordinating the program, but only the DID Institut runs the program. Don't expect anyone from Greenheart Travel running the program while you're at the program, the DID Deutsch Institut has a team of qualified teachers and counselors that handle all aspects of the program. Personally, coming off the plane with my Greenheart Travel T-shirt, I expected that they would have a bigger role there than they did. However, this is not a problem at all, and several times a representative of the company checked in with me to make sure everything was alright and that I was acclimating to my new environment. Think of them as a facilitator, not an organizer, and you'll be right on track.

Those were the main points that I didn't know before arriving. I'll go into some specifics now I know you're dying to hear about. I was too, so I'll do my best.

How are the classes?

In german, and heavily focused on speaking. Don't come expecting to do intensive grammar. Rather, be prepared to develop your speaking skills for more informal/ natural settings. They're also quite flexible level wise. I was able to advance to the most advance class after the first week, and this level (comparable to a B2 or upper intermediate) challenged me and made me think in new ways. You also get a certificate at the end, which is nice. But honestly, I learned the most German by speaking to counselors and other Germans I encountered. Speak as much as you can!

How's the living space?
Here's another thing I didn't know before coming. You're not going to a specific school per say. There is no campus. Rather, you stay in a hotel/ hostel that DID has reserved the top floor for to have classes in small settings of 12-18 people. There's also a great rooftop hangout spot we always went to every night.

How's the activities?
Very structured, and fun. The program is not designed to give you much freetime, with about an hour and a half being the most I had to go off with my friends unsupervised. However, all activities are exciting, very well organized, and informative. Examples include the zoo, former Statsi prisons, and a tour of Berlin's most famous monuments. Check with a Greenheart representative to get the current schedule from a DID representative, as it changes week by week. You also have the option to choose between 3 separate excursions, both in the afternoon and in the evening, so that is quite nice as well.

How's the social scene?
Very fun, but don't expect a crazy time. Each friday, the camp has a party. My first friday was an oscar themed party in the hotel. But the week after that we went to a nightclub, which was one of my all time favorites parts of the program. Don't expect to drink alcohol, even if it is legal there! They make sure you have fun responsibly.

How's security?
Extremely safe. Their set of rules and guidelines ensure no one goes off on their own, or leaves the premises without permission. Even in the wake of unfortunate terror attacks through europe in the past few months, Berlin also felt like a very safe city with a strong police presence. Greenheart also does a good job of assuaging any anxieties you may have; they sent my father well developed emails and sat through on phone calls with him to assure him of safety after the attacks in broader Germany the week before I arrived.

That's all I can think of so far, I hope this does a good job of giving you an idea of what the program was for me. I can truly say it was a transformative time for me, having experienced a range of unique snapshots of this larger city from lectures in German at the Anti-War Museum to traveling out to a lakeside beach located in the Berlin area. I would highly recommend this trip for any other interested students who have a passion for German and other cultures, and want to have an exciting time you can't find in the states. If this review didn't cover something you wished you knew, just shoot Greenheart an email and they'll get back to you with the info! Thanks so much, and happy travels!

What would you improve about this program?
I touch on a few improvements in my general review above, but I'll quickly restate some points.

1) More transparency about what the program involves.
Like I said, I was one of three Americans out of 70. Perhaps it was just me, but I felt like Greenheart didn't prep me for that element of the program. A welcome surprise all the same, but I'd encourage you to be proactive in terms of what kind of information you want Greenheart to provide.

2) Don't expect a three course meal every night. This program is incredibly cost effective, so the quality of food there is not particularly of note. I found myself enjoying a good amount of meals, but often had the same three choices for breakfast and tired of the choices by the end. The good thing though is that you can go out during the lunch and dinner periods with two other friends, and try and find some other options there. I'd recommend Doner Kebab!

3) Like I said, not much freetime.
The majority of participants are 16 or 17. Yet there are a handful of younger students there, and the program plans accordingly. Their high safety rating comes from a high level of control, including silence in the dorms at 11. (That rule was especially hard for my group to follow) Just be aware of this, and you should be fine. I still had a lot of fun during activities, and mostly hung out with friends during freetime instead of going out.

That's it! Overall, the positives definitely outweigh the negatives for me, and I think they'll do the same for you.
12 people found this review helpful.
Helpful  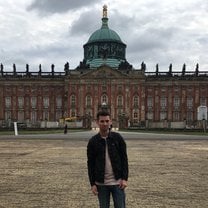 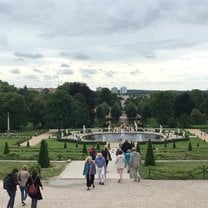 Greenheart Travel is a 501(c)3 non-profit, mission-driven organization based in Chicago, USA. We are passionate about providing immersive cultural experiences for teenagers and adults in countries all over the world. We believe in the power of travel; a power that broadens perspective and turns strangers into family. It’s this belief that motivates... END_OF_DOCUMENT_TOKEN_TO_BE_REPLACED 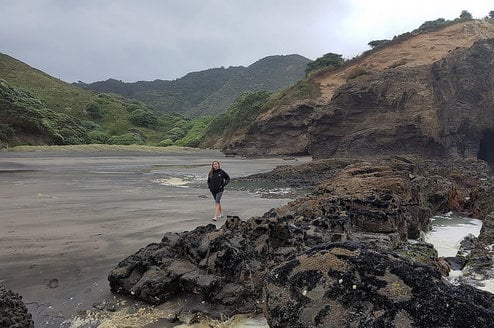 New Zealand
8.50 •2 reviews
Working abroad in New Zealand during your gap year is your chance to...
View Program Multiple Countries
This is your chance to dive into Australia and truly live like a local...
View Program 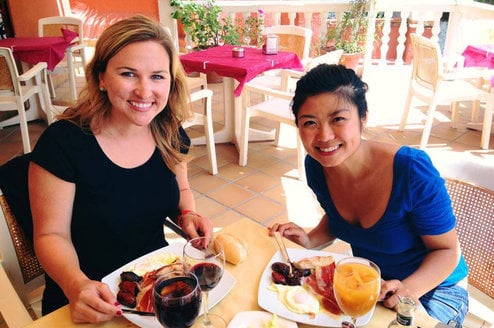