Shoulder-to-shoulder with community members on a conservation project

Camping in an Andean community.

Teaching in a local school

Experience the Peruvian Andes, learn about indigenous cultures and immerse yourself in rural Andean life while exploring the Sacred Valley.

SERVE:
With SStS, you will have the chance to work shoulder-to-shoulder with our trusted NGO partner, the Llama Pack Project. As part of your work, you will teach environmental education classes and support a conservation project.

EXPERIENCE:
You will have the opportunity to learn about the ecology and culture of the Sacred Valley, experience rural Andean life, trek with llamas and visit Machu Picchu.

LEARN:
As part of your experience, you will learn about ethical leadership and global citizenship through SStS's unique Five Lens Curriculum. In addition, you will be immersed in the Spanish language throughout your time in Peru.

My experience in Peru through Students Shoulder to Shoulder was truly incredible. Our journey took us high into the Andean Mountains and into indigenous communities where we were able to work and connect with the locals of all ages. Though the language barrier made communication difficult, I felt I was able to bond with the locals on a deeper level through working, laughing, and simply spending time together. I am forever grateful for the experiences I shared and the connections I made. Even as my time in Peru grows further away, the memories are fresh in my mind as I continue to reflect and learn from my experience. As my journey through life and growth continues, my experience in Peru will forever remain near and dear to my heart.

What would you improve about this program?
I thoroughly enjoyed each aspect of the trip, and have no suggestions for big improvements. However, I do think packing additional cozy clothing like a warm sweatshirt and sweatpants would have been a great thing to have at night.

My trip with Student shoulder to shoulder was life changing. I was able to make relationships with people from all across the states, and experience something so great together. The highlight of my entire trip was our last day in CanchaCancha. When we finished all of our work we had a moment with the community leaders and they said how appreciative they were for the work that we had done. It made me do a lot of reflecting, and made me wish that I could do more. My favorite memory was of our group guide Augustin. One night when we were in CanchaCancha he was in the tent next to mine singing the fresh prince of Bel-air theme song, in three different languages, It was hilarious! One thing i recommend is to take advantage of every opportunity. I got sick one of the days and i was really beaten up by it. I didn't want to miss out!

What would you improve about this program?
This program can be improved by

Since I was very young I have always aspired to travel to Peru. What I did not expect was to travel with forty lamas up to a high Andean community to work alongside community members and to sleep in a tent under the stars. I was so fortunate to have the opportunity to travel to Peru with Student Shoulder to Shoulder to work with the Llama Pack Project. During our first week we spent our time teaching the children of Urubumba about the environment, the impact of lamas versus donkeys/ horses, and the benefits of trees. During the afternoons we improved the playground at the school and played with the children that we taught previously during the day. During the second week, we trekked up to a high Andean community, Chancha Chancha, to construct a tree nursery for a disappearing species of tree native to Peru. On the weekends we spent time touring the ruins of the Sacred Valley and shopping in the markets we encountered along the way. To my surprise, the ruins were not the most memorable experiences that I endured during my time in Peru. The relationships that I formed with the children of Urubumba and the community of Cancha Cancha were truly the highlight of my trip. These relationships lead to my biggest take away from my experience: a new definition of community. I learned through the kindness and hospitality of our hosts that a community can be formed by a group of people who share a common goal or ideology. When we were working alongside the natives of Cancha Cancha, we formed a community in which our background didn't matter, even in the presence of cultural and linguistic barriers. When I returned from Peru, I discovered a new sense of kindness and gratitude for my life at home. To this day I carry the lessons and relationships I encountered in Peru with me as I strive to make a difference in the lives of those around me as my community in Peru did for me.

What would you improve about this program?
I have heard that the ruins of Cuzco are a beautiful sight to see so I would have liked to tour the city of Cuzco and those ruins more but since that was not teh main focus of our trip I really don't mind that we missed them. I was thouroughly happy with the trip leaders, the trip structure, and the organization we worked with and wouln't change anything else about the trip.

Going on the SSTS Peru Course was probably the best decision I have made in my high school career. So many times during the trip I felt inspired, encouraged, supported, and loved by the people not only on the trip, but all of the additional people we met and worked with in Peru. The trip could not have been planned out better. The housing and the food were incredible amongst all of the transportation. I mean I really can't say enough good things about this trip. I think about the trip almost every day of my life and all of the reflection we did before, during, and after the trip really really changed my life and my view on the world.

What would you improve about this program?
Literally nothing, except maybe the packing list could be altered a little. All of us on the trip wish we had brought like more comfy sweatpants and sweatshirts, but it was not on the list so we didn't pack a lot of this kind of stuff.

I chose this particular program because I primarily had always wanted to go to Peru since I was very young. Something had always drawn me to the country. In addition, working with animals (horses) and spending time with the environment have been passions of mine for a long time so I was interested in working with the lamas and the environment in Peru. I also chose this program because I am very passionate about Spanish and therefore I was excited to have the opportunity to practice my Spanish and learn more about the language abroad.

What did your program provider assist you with?

While in Peru, my group was in charge of creating a lesson plan when we taught the children of Urubumba about the environment. We had assistance during this process and it was a rather enjoyable experience to create a lesson plan in a different language for the children. Aside from organizing the lesson plan, Student Shoulder to Shoulder and the Lama Pack Project assisted us with all of out other travel and trip logistics.

SStS essentially began with a question: what can we do? As classroom educators striving to teach our students about many of the pressing problems that exist in the world, as well as potential solutions for addressing them, students were understandably led to ask: what can we do?

SStS was created to provide them with an avenue to explore real...

END_OF_DOCUMENT_TOKEN_TO_BE_REPLACED 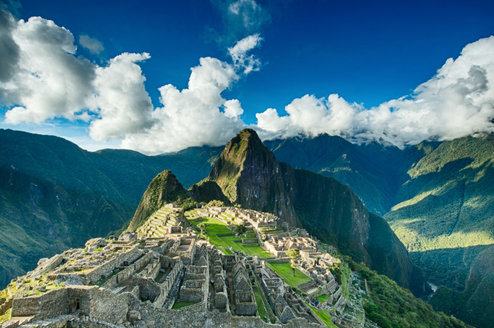 Save to Wishlist
ARCC Programs

Become a Quechua villager in the Peruvian countryside and immerse into...