Skip to main content
Lindsay Conway is from Toronto, Canada and a recent graduate of Environmental Sciences. She enjoys camping, cooking, and playing with and training her 16 dogs. 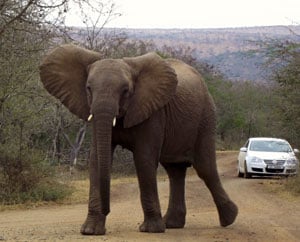 Highlights: In terms of time spent volunteering, it’s hard to narrow down one single highlight. Sleeping out at one of the hides, seeing the painted dogs for the first time, being mock charged by a black rhino, and being only a few metres away from a lion stand out. I was also lucky enough to be part of a collaring and release of the painted dogs, which was incredible to see and help out with. It was great to be so close to the dogs and really feel like we were helping out with some of the conservation efforts to save them.

The overall highlight for me was just time spent with the people – both the volunteers and the monitors were amazing, and it was great to be around such friendly, welcoming, passionate people. My best memory in particular was a day trip to St. Lucia, where we got to swim in the Indian Ocean and relax on the sand dunes discussing the trip.

Morning: We generally woke up and headed out in the back of the truck around 5AM to track the painted dogs via their radio collars. We’d spend the morning driving around to locate the dogs, who were often far away, but we’d always stop to check out other animals on the side of the road as well! Once we either found the dogs, or had an idea of their location, we had the rest of the morning to view other wildlife, perform any important tasks (ie. investigate cheetah sightings), or just head back to camp to relax. 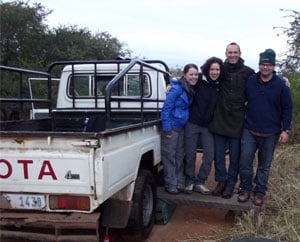 Afternoon: Depending on the reserve, afternoons were spent doing different things. Generally, volunteers had time back at camp to relax, read a book, cook up lunch, and do some chores around the house. This ranged from anything to painting the walls to cutting up firewood. There was plenty of time left over to relax in the sun, or play a round of cards. Occasionally we’d spend an afternoon at a hide overlooking a waterhole, where we always saw plenty of animals and had great photo opportunities. We usually headed back out to do evening monitoring around 3PM, however we would sometimes leave early if something came up (for example, trying to locate a specific pack of painted dogs, or feed the dogs in the boma).

Evening: Evening monitoring was primarily spent locating the painted dogs to ensure their health. We’d also head out once a week to change the batteries and memory cards on the camera traps, and we’d spend the night going through captured photos. We would often stay out to view the sunset, and drive back to camp in the dark, which gave us a great opportunity to see nocturnal animals (leopards, hyenas, and plenty of genets!). Once back at camp around 18:30, everyone pitched in to help prepare dinner. We often sat around the fire talking, or took a night to play poker or other card games.