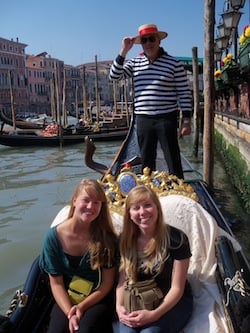 Emily: I was debating between studying with ISA and one other program. I sat down with my mom and all of the brochures and catalogs from both programs. ISA was in the end slightly cheaper. But that was not the only factor. The company had several options for studying in Spain, however, none of them were near the beach. I am from the cornfields of Illinois and I have never seen the ocean so I decided that was a top priority in deciding what option I would ultimately choose.

Emily: Studying with ISA was an amazing experience because of the people. There were several people at ISA’s headquarters who dealt patiently and efficiently with my panicked confusion in regards to preliminary trip preparations. Then when I got to Malaga, the on-site staff members were easy to get along with and excited to help. In my semester abroad, there were about forty Americans who studied in Malaga at the same time that I was there. That meant that not only did I have the safe haven of the ISA staff when I was homesick, but I was able to feel at home with others who spoke English and felt the same way I did. I still count those people as great friends and keep in touch with them through Facebook and texting. 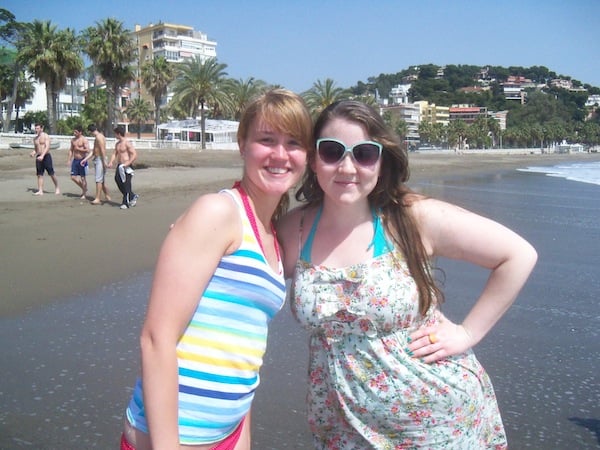 Emily: By studying in Spain, I learned several things about myself that I would otherwise not have discovered. I learned that I am not as independent as I thought I was; I learned that I need people, people I can relate to and talk to on a daily basis. I learned that I love America. Now as I drive through the country here at home, I look across the repetitive corn fields that I always thought were so boring and I recognize their beauty.

Before traveling to Spain, I was set on the idea of spending the rest of my young adulthood in South or Central America with a non-profit organization of some sort. The Peace Corps was one of my main options. However, I am no longer sure that is the path for me. This revelation has made my mom extremely happy, and honestly, I feel like it has made my options after graduation a little less overwhelming. I still would like to spend time in Latin America working as a volunteer and brushing up my Spanish skills. But now I am more aware of my personal time limits.

Highlights: Our first day of school in Malaga was an exam to determine what level of fluency we each had and to then place us into leveled classes accordingly. I was placed in the lower intermediate level. I could barely understand what the instructor was saying to me during the exam. After my first month in Malaga, we were all reassessed and I, along with several of my friends, were brought up to the upper intermediate level. I am proud to say that by the end of my three month stay, I was starting to really be able to understand what the instructors in classes said and I could almost understand what my host mother and her friends would say at the dinner table.

I spent twelve days in Italy during “Spring Break” which was during the Easter holiday. A friend of mine, whom I met through the ISA program, and I decided to independently take the trip. We visited four cities in northern Italy and spent three days in each city. They were the best twelve days of my life. Italy was amazing, the people in Italy are so friendly, the cities are breathtaking and the memories I have from that small trip could fill a novel. My friend and I had agreed to try our best to budget and spend the least amount of money on hostels and food. We went with some of the cheapest hostels and we had really great experiences with each one. For our meals, we had planned to live off of peanut butter and jelly sandwiches for the majority of the twelve days. However, interestingly enough, peanut butter in Europe is a scarcity. Nutella is the European peanut butter. I never liked Nutella before my trip to Italy, now every time I have a spoonful of the chocolatey spread, it takes me back to that adventure.

Morning: Each morning I woke up with the sun shining into the window of my small room. I would quickly prepare myself for school and I had to be at the bus stop around the corner from my host family’s apartment by 7:30am. Several of my friends within the ISA program also lived in my neighborhood and rode the bus with me. It was always fun to ride the bus, it was a city bus and was always full of local people going to work or the grocery stores in the morning. Sometimes the older women would be having boisterous conversations that were interesting to try to piece together with my lacking Spanish vocabulary. The bus dropped us off less than a block away from our school and classes would start at eight. My class schedule went from eight to one with several breaks.

Afternoon: After class, three of my closest friends from the ISA program and I would all walk home together for lunch. Those walks were one of the best parts of being in Spain. Almost every day on the southern coast is sunny, meaning we had pretty good tans and sun bleached hair by the end of the semester. More importantly though, we were able to walk and really explore the city. For the most part we walked along the beach, some days we would cut through different neighborhoods and find other routes home. I loved being able to get to know the city better and to people watch. After eating lunch with our host families, we would either band together for another walk and further exploration of the city, or we would simply go to the beach to lie in the sun.

Evening: My host mother was the best cook ever! She would make dinner and we would all sit around and eat, she made some really great foods that were native to Spain, but she was from Argentina originally so she made Argentinean food as well. After dinner I usually took a shower and either Skyped with family and friends back home or on the weekends I went out with friends. I will never forget on my first Friday in Malaga I came home close to midnight and my house madre asked why I was home so early. I was a little confused; I did not realize that in Spain, it is customary to stay out with friends at the discotecas until four or five in the morning. Even my host mother stayed out that late some weekends!

Looking for a new and exciting study abroad program? Why not join ISA and study abroad in Málaga, Spain! Located on the southern coast of Spain, Málaga is considered to be the gateway to the Costa del Sol, one of the most popular holiday destinations in the world. It boasts some of the best fish and...