Why did you decide to intern abroad with Connect-123 in Shanghai? 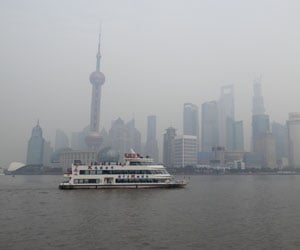 Tommi: Connect-123 was listed as trusted internship company by university as a company that could provide me with an international internship. I chose Shanghai as I have taken some courses in Mandarin at the University as electives out of curiosity. I felt that spending in China was the next logical step in improving my language skills. Connect 123 was well reviewed from many third party sources, particularly their services in setting you up in the country of interest, and as well as finding a job that was directly within your field of study. I found the services they offered compared to other intern companies much more satisfying. While many internship companies simply act a middle man between you and the company you work for, Connect 123 goes further in setting up a local contact who provides me with local housing, a cell phone, taxi from the airport, travel routes to work, and acts as a cultural bridge and emergency contact for while I’m in the country. It really avoids the headaches and the stress when working in a new country, particularly for someone such as myself who has never lived outside their home country.

What made this intern abroad experience so unique and special?

Tommi: I have never lived for an extended period of time outside of Canada. Canada has many immigrants and students from many countries. Many of my friends come from different countries or have came to Canada to study abroad from their home country. This experience allows me to understand some of the stress they themselves experienced when coming to a foreign land, where even slight misunderstandings in culture can be very embarrassing. As such, living outside of Canada for the first time, I feel that I can become more of a global citizen. As for why this particular internship is special, I get to be in China for the Chinese new year, one of the largest cultural celebrations in the world and experience it first hand, as well as exploring the country itself. While in China, I will be traveling to places like Hangzhou and Harbin during the ice festival. I also get to work with a diverse group of individuals at my work placement doing Climate Change Adaptation research in China. A field I have great interest in, and plan on making an academic career in. 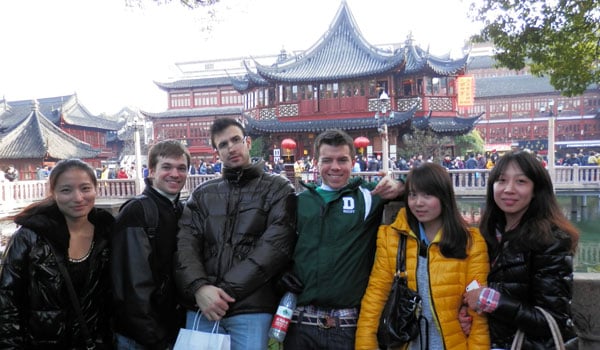 Tommi: The largest impacts this experience has had on me is living in both a foreign country, and a major city. While I grew up in a mid sized city by Canadian standards, living in a large city such as Shanghai has provided me with just as much culture shock as the Chinese culture itself. I had to learn quickly of the cities fast paced lifestyle, its huge subway systems, busy streets full of cars, pedestrians and bikes. However I learned a few things about my self here as well. I learned that I can quickly adapt to different lifestyles. It only took me a week to get really accustomed to the city and its busy lifestyle and only a few more weeks to get accustomed to Chinese culture. While I still have much to learn about Chinese culture, I did learn from myself that I am a much more flexible individual and can easily adapt to different lifestyles and cultures.

What is one piece of advice you would give someone considering interning abroad in Shanghai?

Tommi: I would recommend to bring all medication from your own home country when going into China, even simple cold, stomach and flu medication as well as pain killers, and bring enough for your entire stay. Drugs and medication in China are expensive and difficult to obtain. Hospitals here are sub par, and due to corruption, doctors will often over prescribe and over charge on medication, particularly to foreigners. It is not uncommon to get sick in Shanghai, due to the smog and food safety. Having your own medication can save you an expensive trip to the hospital.