Skip to main content
Kelly McKeon is originally from Westchester, New York and currently attends school at Northeastern University in Boston. She is 19 years old and a full time student studying Environmental Science. She enjoys nature and traveling. Kelly volunteered at Legodimo from August-September 2011. 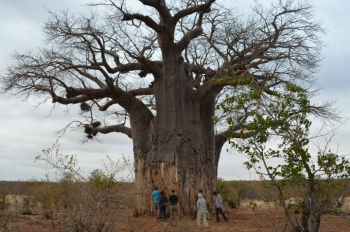 Why did you decide to volunteer abroad with Legodimo Wilderness in Botswana?

Kelly: I originally decided to volunteer with Legodimo because I really liked elephants. I had just finished high school and wanted to take a gap year before starting university. I did not really know much about what field I wanted to study or what I wanted to do on my gap year, and elephants had always been my favorite animal so after doing some research on the internet I decided to give Legodimo a try, they guaranteed elephants after all. Legodimo ended up meaning so much more to me than just elephants. I learned so much at Legodimo about the environment and about conservation that I have chosen to study environmental science in university.

Kelly: If I could go back and do one thing different it would be to stay longer at Legodimo, and in the spring time. I was only at Legodimo for a month. A month may seem like a long time, but it goes by so fast when you are there. It seemed like as soon as I arrived it was time for me to leave, but at the same time I felt like I had been there forever. I also went during the winter season, which was beautiful, but I left just as the spring season was starting, and I wish I had gotten to see the rainy season. I have seen pictures of the plants and animals at Legodimo in spring and it seems absolutely gorgeous.

Kelly: The most interesting cultural experience of Legodimo and probably my life was when we got to spend a night in a local Botswana village. One of the staff members took the seven volunteers that were in camp to his house in Mathathane where we attended a going away party for his cousin. There was dancing, traditional music, and we got to see them skin and prepare an entire goat for the party. All the people we met at the party were welcoming and friendly and forced us to dance with them. It was definitely one of the best and strangest parties I have ever been to in my life. 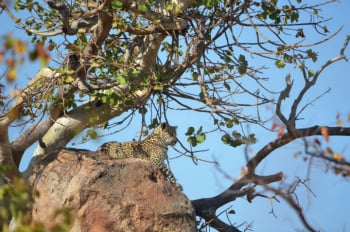 Kelly: It's hard to say what was the best moment of the trip, but I can narrow it down to a few. Partying in Mathathane was definitely one of the best moments. Another great moment was when we were digging a watering hole for the elephants and the entire group of us ended up getting into a giant mud/elephant poop fight in the hole. And the moment that was tied for third would probably have to be when we went cheetah tracking and I got to stand literally a meter away from a cheetah.

What was the hardest or most challenging part of your experience?

Kelly: The most challenging part of my experience, as silly as it sounds, was probably not having internet or cell phone service. I went to Legodimo by myself when I was seventeen years old and at first it was very difficult for me not to have contact with my family. But by the end of the trip it didn't bother me at all. Everyone at Legodimo was kind and friendly, and the small group of volunteers that I worked with became like my family.

Volunteers get involved with hands on habitat rehabilitation, the reintroduction of indigenous tree species, biodiversity research and elephant observation. Legodimo Wilderness is situated in a wilderness area which is home to over 1500 elephants. As cities and towns grow and humans keep developing...