Skip to main content
Stephanie studied at IAU during the Fall 2012 semester in the French Honors Program. Growing up in New York, studying abroad was never a question of “if,” just “when and where.” When she went to college at the University of Denver, she found IAU and it was a perfect fit. Stephanie will graduate with a BA in Strategic Communications and French, and a minor in Marketing from DU in June 2014. After that, she hopes to keep the travel fever hot and visit as many places as possible. You can read more about her time in France at thecolourscape.wordpress.com or follow her on Twitter @heycaruso. 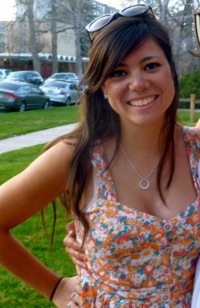 Stephanie: In high school, I participated in a student exchange program to France so I thought I didn’t want to do it again. But knowing that there is no better way to become fluent in a language, France was the best option for me again in college. The University of Denver made it super easy for me since over 72% of students study abroad. It was always a dream of mine to study abroad and all my college friends were going, too, so I just had to pick where to go. Paris felt too cliché for me, and when I heard about Aix (the South of France sounded sweet), I decided to apply. My neighbour from high school had also been to IAU and my family friends spoke very highly of it. With these encouraging words, I dove blindly into my study abroad experience and never looked back.

Stephaine: Okay, this one’s hard. Being immersed in another culture is impossible to do at home, and Aix certainly gives you a lot at once. There’s French, but all kinds of “French” like: old men who smile at you, old women who disapprove of you, young students, farmers, boutique owners, artists, teachers, tourists, Arab-French, families with babies, and families with teenagers roaming the streets. There’s also Italian and Spanish influence in the South of France, which is cool to learn about.

I asked my friends for some help. One girl said that becoming fluent in another language was the most amazing part. Another friend said partying until 5am. Yet another said becoming more independent. For me, I think the perspective of being an American in a foreign country was very humbling. Hey, U.S.A. all the way! But not everyone in the world feels that way. My hostmom gave me a lot of insight into how American politics influence the rest of the world (it was Election 2012 when I studied in Aix). My classes showed me how little I know about the rest of the world, even though the rest of the world knows a lot about America.

Still, most of my learning happened outside the classroom. Speaking French in cafés was much more helpful in learning the daily nuances of a language than practicing in a classroom. And travelling to nearby countries showed me just how tight-knit the European community needs to be. Overall, it was a cultural experience above all else, but enlightening even for someone who has travelled a bunch. I’m proud to say that I lived in Aix and I hope I get to go back someday. 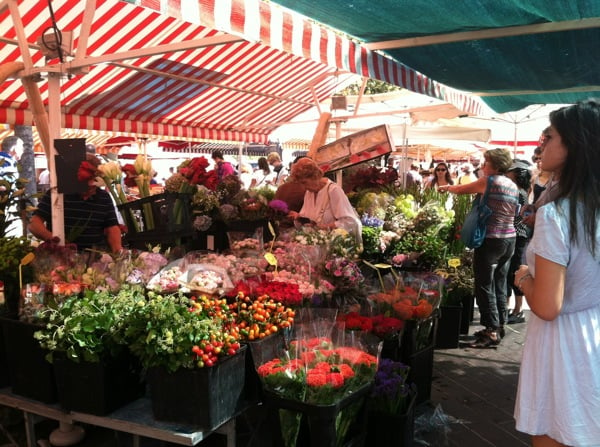 What is one piece of advice you'd give future IAU students?

Stephanie: Savor every minute; the time really does fly. Get to know Aix better than your hometown, because who knows the next time you’ll be back. Write down how you’re feeling about everything, all the time: start a blog, even if it’s only for you to read in two months time. Go with an open mind and say yes to everything...

Stephaine: Favorite must-have food? Hmmm… Well the coffee, obviously. Also, don’t let anyone try and tell you that there’s anything better than a pain au chocolat fresh out of the oven. You have to time it just right in the morning. In short: gooey, melty, warm, chocolatey buttery goodness.