Skip to main content
Katie just graduated from Susquehanna University with a BA in Theatre. She's originally from Highland Mills, New York and is now 21 years old. Katie attended a semester long program at IAU College in Spring 2011 and returned again for a 3-week French intensive language program in Summer 2013. Katie will be attending Cardiff University in Cardiff, Wales next year to earn a Master's degree as a result of the love of traveling she gained from her time in Aix-en-Provence. 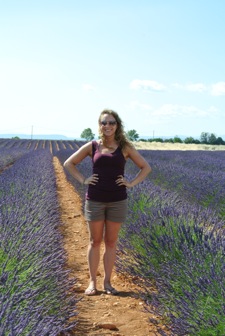 Katie: I decided to study abroad with IAU College because I had been to Aix-en-Provence once before when I was in the 8th grade for one day on a cruise and absolutely fell in love with it. I knew I wanted to go back, so I approached the Director of Cross-Cultural Programs at Susquehanna to see if he knew of any programs in Aix. It turned out that he had lived in Aix for a while and was very familiar with IAU College and had sent students there before, so it was a done deal right away for me!

Describe your program socially and academically

Katie: When I went to IAU in the Spring, there were about 100 students studying with the college. I thought that this was the perfect size because I knew pretty much everyone on the trip, but I was also able to form groups of really good friends and meet other international and French students in the city as well. The size of the program was by no means overwhelming, and felt very much like a family. The summer program was just a little bit smaller, but had the same family feel and allowed me the same opportunities.

Academically, I absolutely love IAU's approach. I think that studying abroad gives students a unique opportunity to learn experientially, which is something that they can rarely do in the United States. For example, my French professor would take us to the markets to speak with local people to improve our conversation skills which is something that could never happen in an American classroom. My history professor took us to a deportation camp from World War II right outside of Marseille, which is something that I probably never would have seen if I wouldn't have studied abroad, and it only further emphasized the points he was making in class. We were also taken on other excursions by our professors and by IAU, and those are some of my best memories! 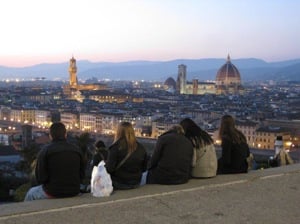 Katie: I absolutely love French and Aixoise culture. There are a lot of really unfortunate stereotypes about France and French people; the people there are rude, they hate Americans, etc. The reality is that French people want people to come to France and respect their culture, which is similar to the way Americans treat tourists in the United States. When people visit the U.S. we expect them to speak English and act the way we do, and the French expect the same of their tourists, although I don't believe they're rude about it. In Aix-en-Provence, the Aixoise are extremely friendly to everyone, and they're always willing to help. They believe in their niceties- for instance, if you walk into a store, the very first thing you need to do is say, "Bonjour" even before you see someone, and then the people working there will be more than willing to help you. Please's and Thank you's are also extremely important. I never minded these things, though, I think it's nice to be this pleasant to everyone!

Katie: If I could do one thing over, I would work a little harder on learning French language and speaking it to everyone whether I knew they spoke English or not. It's easy to just switch over to English if you realize the person you're speaking to will understand, but if you do that then you'll never learn French! It's never easier to learn a language than when you're surrounded by it, so take the opportunity to learn it while you're in a country full of people willing to help you learn.