Skip to main content
Gary, age 24, is a recent Finance and Entrepreneurship graduate of Drexel University in Philadelphia, PA. He is currently studying in Shijiazhuang China 2 hours south of Beijing. He is originally from Bellevue, Washington but has experience living in 3 other countries before he moved to the States at age 12.

Why did you decide to study abroad with KCE? 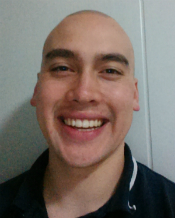 Gary: I chose KCE to study abroad in China because it simply just made a lot of sense. When you come to study Mandarin in China there are a lot of locals who have different accents as they come to the main cities to work whether it be from north or south. After some research Shijiazhuang was ideal for study for three main reasons:

Their PuTongHua (Mandarin Chinese) has the "correct" accent; meaning after learning here, no matter where you go in China, people will have no problem understanding you, given you speak the right tones.

Secondly, because very few (if any) people speak English in Shijiazhuang you are FORCED to use your Chinese. Just from hearing other student's experiences in the big cities such as Beijing or Shanghai it is easy to find expat friends. You will often rely on them to order food, buy essentials, get around etc. I have a friend who actually left a Shanghai school to come here and he raves about how much easier it is to learn here.

Last of all, this is a tutor based school system and they are very flexible in your learning and schedule. Some students already have a good base of Mandarin, some know characters but need work on grammar and others (like me) start from 0. Just to give you some perspective I managed to have my first Chinese dream after 6 months of study starting from 0!

Gary: This experience has been unbelievably rewarding. Since coming to Shijiazhuang I have learned how to adapt to Chinese culture, food and traffic! I have met a lot of expats and other well-rounded people while being at KCE and have kept in contact for future hiring opportunities.

I am currently taking the HSK course study at KCE which means I will be taking the level 5 HSK test for fluency at the end of my 10 months. The HSK is the Mandarin fluency test for non-native speakers and is widely recognized in China. After talking with some expats, all of them have agreed that this way of learning Mandarin is one of the best they've heard of. 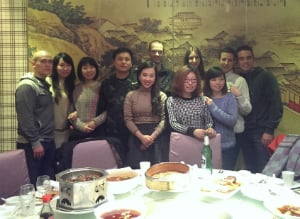 Gary: A lot of the Chinese food you get is fried so you have to get used to the amount of oil sometimes. The one food that I can simply not stop eating is called a Jian Bing. It's basically a Chinese version of a savory French crepe. They first use a hot iron skillet to make a thin pancake, throw an egg or two on it, put brown sauce, spices, and pickled veggies and top it off with a few deep fried oil squares and a leaf of lettuce. Chinese people usually eat it for breakfast. It was so good that I honestly thought about opening my own restaurant of this stuff in the States.

Gary: One of the goals I set early in my Chinese learning career was to have a 15 min conversation with a taxi driver. I was able to do this after the first 3 months of study. The taxi drivers are usually very curious as to why you are in Shijiazhuang because the amount of actual foreigners are quite small.

If you are learning at this school a lot of the grammar is learned within the first 3 months so having a basic conversation can be easier than learning other languages where grammar is more complicated or harder to learn. There isn't a real secret to learning Chinese. Just practice using your tones otherwise no one can understand you!