Skip to main content
Liz Purvis studied in London in the spring of 2013. She completed her B.A. in Literature and Creative Writing at Elon University and currently lives in Raleigh, where she is an M.F.A. candidate studying poetry. 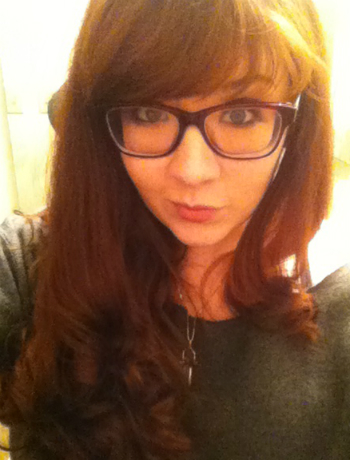 Liz: I ran into the language barrier more while traveling than in London, but seeing as most people who study abroad in Europe do a fair bit of traveling to other places, it’s not a bad idea to carry some kind of little translation dictionary (or app, because yay technology).

I did keep a phrasebook with me while in Paris and, though I can’t say I had an easy time of it there, having that with me did make communication a little easier. Even in London, there will be plenty of people speaking languages that aren’t English, but I was never in a situation there in which I needed another language.

Liz: I’ve always been a sort of self-sufficient person, but studying abroad was a whole new level of independence. It did make me realize how much I could do on my own. I also learned more about myself—living in the Manson Place flats was great, and I’m still close to some of my flatmates, but it turns out that I really desperately need solitude sometimes.

And I had fun going out on my own, exploring museums or the parks by myself; there are other people around but they aren’t interested in you, and so you’re alone in that way. That was pretty thrilling for me, to find that out, and to comfortably lose myself in a city.

Liz: Florence, Italy. Italy as a whole was pretty amazing (the food in the South is also way better, particularly the pizza), but Florence was my favorite place. After London, it felt so small; there are buses there but no Tube, and you can walk from city centre to a different town in a few hours, or take a short bus. Florence felt so manageable. And the people were so nice! Especially here, it was okay not to know Italian.

They were really nice about whatever you tried to say in Italian, but were eager to speak English to you, to learn it themselves, and it just made interactions very stress-free. And of course, there’s the Duomo, this insanely gorgeous cathedral; the Uffizi, with its statue of the David; and a million other nooks and crannies of the city filled with beauty. 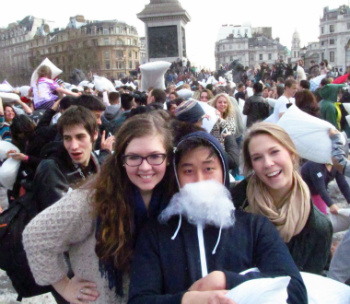 Liz: London gets a bad rap for having bad food (well, England in general gets this a lot), but in my experience it was actually pretty great. You need to have a curry somewhere on Brick Lane, as the Indian and Bangledeshi food there is fantastic.

Experiencing China Town and the Chinese food there (so NOT like American Chinese food, at least where I’m from) is also pretty neat. And for foodies, the Borough Market has the best grilled cheeses and different sandwiches, not to mention other fun things you wouldn’t see every day.

As a leading global center for arts, commerce, education, and entertainment, London offers endless potential for study abroad! FIE students use the entire city as a classroom, giving you the opportunity to explore museums, parks, and cultural centers to bring your academic coursework to life. FIE...