Skip to main content
I am actually a theatre performance major. My go to dance move is without a doubt the worm, though I'm significantly better at it moving backwards than forwards. I really like chocolate milkshakes, I think the inventor of the milkshake should be given a lifetime achievement award. 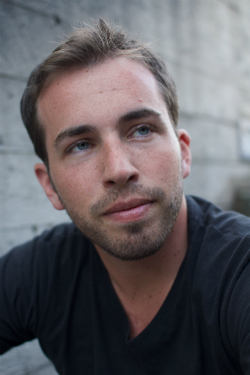 Nate: A few reasons. I wanted a program that was immersive, off the beaten path, and had a lot of opportunity for hands-on work. The clinic I worked at treated an average of about 55 patients a day while I was there, so I was really able to just dive headfirst into the work.

I also was really excited about working in Africa, and so Uganda was a huge draw for me. This is also a bit funny, but I really hate snakes, and while Uganda has a ton of snakes the area the clinic was in is a little too high and gets too chilly for there to be many snakes living there. So that was a plus. I can do snakes if I have to, but not having to is definitely better.

Nate: Protein bars. The diet in region of Uganda I was in is fairly limited as far as protein sources, and the primary one was definitely beans. I was never a huge fan of beans to begin with, but after 2 1/2 months of eating them every day I really could not stand them any more.

My mother ended up shipping me a huge box of cliff bars (one of those like 200 count variety packs). A lot of them got stolen in the mail, but enough arrived for me to eat one every day for the rest of my trip and it was glorious. So yeah, I would say pack a lot of that kind of thing and ration them well. I may have been permanently turned off of beans. 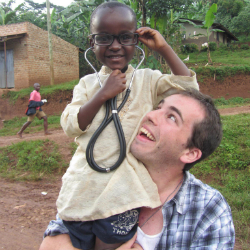 Nate: Give over to the experience. It took awhile to adjust to the new environment, new routine, new culture, etc. but rather than attempting to foist your own expectations onto the people/place/etc. You have to just let it be what it is. You will get so much more out of it that way.

Nate: DO IT! It's cliché to say it's life-changing, but that doesn't in any way make it wrong. The world is a big place and we only get to experience one small, very privileged part of it. Get out there, do the thing, soak it up.

Nate: For me it was definitely adjusting to being a minority. There were only 4 non-Ugandans living in our community of close to 150,000 people, and of those 4 of us I was the only American man. You live most of your day in a fish-bowl in that way, and it was really revealing about how I treat people who are different from me.

It was sometimes really fun and exciting, but a lot of the time it would get frustrating or aggravating. I wanted to be able to go into a bar and drink a beer without being an object of fascination, and that wasn't always possible. 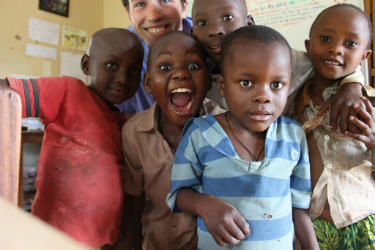 Nate: Ooooooh man. Depends on what kind of favorite. Favorite funny story would be about a case we had during my second week at the clinic. A young boy (maybe 3) had broken his arm, and we were setting it and getting him put in a splint so he would be alright for the 3 hour ride to the hospital.

As he was leaving, one of the other medical staffers suggested we give him some pain killer. We had a special pediatric dose, but it had to be injected, so we set the kid on a chair and Rogers (one of the nurses) went to inject the medicine into the kids butt.

He stuck the needle in and the kid turned around reeeeally slowly, looked down at the needle, looked up at Rogers, back down at the needle, and then let out this wail and went sprinting out of the clinic butt naked screaming bloody mary. Rogers took off after him and had to chase him all the way down the hill because the rest of us were laughing too hard to stop the boy.

Nate: The people. The community (Buwalukani, Bududa District, Uganda) was so vibrant and alive. It was a way of living and being that was entirely new and unique for me and getting to throw myself into it for months was extraordinary.

The work was also really great, we just treated patients all day long. There was a kind of rhythmic catharsis to it. We'd see 40 people in a row and then have one crazy emergency and then see 40 people, go home, have a drink, watch a movie, go to bed, wake up, go for a run, make breakfast and do it all over again. It was a kind of focus and work that I've never experienced before . 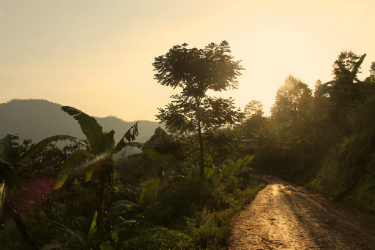 Nate: All of it haha. In all seriousness though the community had so few people working in it on the medical side that I really became an integral part of the process and the community. They have all the same health concerns we do in the US (and many we don't), but vastly less in the way of resources, and with a whole different set of social stigmas. Navigating those things, and solving problems within those constraints, was one of the most challenging and rewarding experiences of my life.

Nate: Seriously with the protein bars. Also bring a good flashlight with some batteries. The power would sometimes go out for weeks at a time. We'd ration our laptops (one for work, one for movies) and there were usually lanterns, but once it hits week three of no power and everything electric is dead and you're out of lantern oil, having a flashlight so you can read at night is a godsend.

Also don't worry about clothes. Everything is gonna get muddy and dirty after about a month, so just bring things that are comfortable and durable. Maybe bring one set of really soft pjs and a t-shirt for wearing around the house

Nate: I think I've said most of the things about that, but I had so many opportunities that changed the way I move through the world. And the connections with people I made there were amazing.

What is it about the protein bars?

Nate: SERIOUSLY BRING SO MANY PROTEIN BARS. Some of the food is great, but it's nice a ) to have something you can count on nutrition wise, and b) a little taste of home. I actually almost cried the first time I ate one after I'd been overseas for 4 months.

FIMRC's Project Bududa is located 150 miles east of the capital city of Kampala. Through our own clinic, we provide high quality medical services and health education resources to a catchment area of over 40,000 individuals. Many issues plaguing the population are readily treatable with preventative...