Skip to main content
Hello! My name is Tara Brand, I am 19 years old, I work at a magazine, and will soon be going to university for a Bachelor of Arts. I'm from Calgary in Canada and I love to travel, sing, dance, surf, meditate, and learn new languages. I had been struggling immensely with external and internal pressure to chose a path in life; I was completely stuck, or so I thought. I recalled a presentation I had seen in school about volunteering abroad, so I looked online for a good program. Almost all of the programs I found were thousands of dollars for a few weeks, until I found IVHQ.

They were by far the cheapest option on the market. As I read through their website I realized how good of a program it seemed to be as well as what they offered. I choose Guatemala because I knew it had a rich history and beautiful countryside. It also wasn't as far away from home as some of the other options. I booked it and within 3 months I was off to the most remarkable adventure of my life! 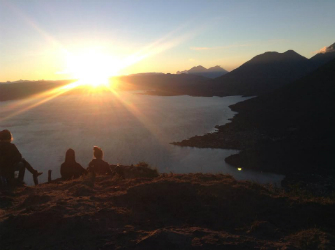 wish someone would have told me not to stress so much. I was worried about safety, about making friends, and about not being able to make a difference.

Safety was hardly a problem, I felt safer in Antigua than I do in Calgary. You hear so many horror stories about Guatemala, but what most people don't realize is that the violence mainly only exists in the capital: Guatemala City. In Antigua and the surrounding villages the biggest concern is petty theft, but as long as you practice common sense (such as not carrying around large wads of cash or flashing you expensive camera around) you won't have any troubles.

As for making friends, it is quite easy in the provided conditions. Whether you are staying in the volunteer house or a homestay there are many options for meeting other volunteers or locals. The people I met while participating in IVHQ are some of the most incredible friends I've had in my whole life time.

While it is true that if you volunteer with construction you are able to physically see the impact you've made, working with children or animals however is completely different.

I learned so many things abroad that school could never be able to teach you. It's really hard to narrow it down to one thing. Certainly one of the most interesting things I learned was Spanish. I find it to be an immensely beautiful language. I love being able to communicate with people in Spanish. It isn't even that difficult to pick up. Whether or not you decide to take the Spanish classes offered, you will learn Spanish simply through daily interactions with locals. 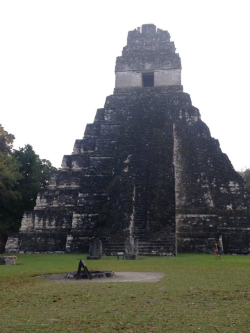 For me the hardest part of going abroad was having to come back at the end. I thought 3 months would be sufficient time, but time works strangely while in Guatemala. At the end 3 months seemed like a whole lifetime, and like a few weeks at the same time.

It flew by, but I changed so much and learned so much that it seemed strange how little time had actually passed. I wasn't ready to leave the warm weather, the friendly locals, my Guatemamza, the puppies I had been working with at that time, or even the volunteer house.

I learned what I wanted to do in life. I learned how so many more options available to pursue these days, and that traveling around the world by working is very possible. I now am going to travel around South America for 7 months, working at hostels and obtaining my TEFL certification (teaching English as a foreign language.)

Afterwards I will return to school receive my Bachelor of Arts in languages. Now that I've finally found something I'm passionate about, it doesn't seem so daunting. Just knowing that I'll be able to teach English anywhere I want will give me the motivation I need.