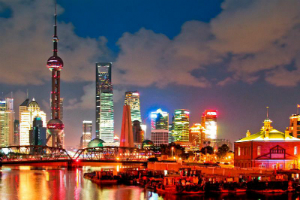 Trip to Yunnan, Lugu Lake. There is a divine lake on the plateau, where I experienced the diversity of different ethnic groups in China as well as their hospitality. Lulgu Lake still has the matriarchal clan. Amazing!

China as a tourist destination is somewhat underrated. With its vast territory of so many ethnic groups living in the same country, it is not well known by the overseas world. Some people visited some big cites and tourist attractions, and then form a general idea about China. However, the wealth gap as well as cultural differences can be huge domestically. There are so many intriguing cultural aspects to explore. It is possible that you've lived in China for 2 years, and only experience 1/10 of its culture and fascinating landscapes.

As for the overrated tourist destination, I think Thailand is somewhat overrated.

I believe the biggest factor in being a successful company is about helping people. Helping everyone follow the flow, grow, glow through inspirational experiences.

Multiple factors are all crucial:

I set up the organization by following my flow, later on I was lucky to discover a more sacred mission: committing our effort in helping planetary earth citizens make the transition from Civilization 0 to Civilization 1.

When you have a firm belief in your mind, nothing has the power to stop you from doing the right thing. You have to constantly remind yourself "May the force be with me!"

In the book "Physics of The Impossible" written by Michil Kaku, he mentioned three levels of civilization grouped by Russian astrophysicist Nikolai Kardashev:

"They freely roam the space lanes of the galaxy. He discussed that our own civilization qualifies to Type 0 civilization. We utilize only a tiny fraction of the sun's energy that falls on our planet. But already we see the beginning of a Type I civilization emerging on the Earth: the Internet is connecting the entire planet; the rise of the European Union; English is the number one second language on the Earth; Local cultures and customs will continue to thrive in thousands of varieties on the Earth, but there will be a planetary culture dominate the mosaics of people. The most dangerous transition may be between a Type 0 and Type 1 civilization. A Type 0 civilization is still wracked with the sectarianism, fundamentalism, and racism that typified its rise. Through this intercultural experience, we hope you will truly gain a better understanding of the world as well as yourselves, with more leniency, understanding and appreciation, with a more broadened mind and inspired heart."