Study Arabic in Germany is designed for people who would like to learn the Arabic language in interactive ways and through cultural immersion at the Excellence Center in Europe in the city of Halle, Saale, Germany. The Center provides Arabic language courses by native speakers for German and international people from all over the world. Students of Arabic can freely choose what they would like to study, spoken Palestinian, Syrian, North African or standard Arabic. The Center also provides individual courses. Internationals, who are between 18 and 75 years of age can come whenever it suits them; they can stay from 1-12 weeks.

Coming to Germany to study Arabic is a great opportunity for students, who would like to meet and engage in a variety of activities with new people from all over the world including Arabs, refugees, Germans and internationals. So, it is not only a language course but also an immersion program which features engagement in the daily life 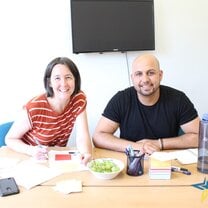 Join Our Family in Palestine and Germany

Welcome to the Excellence Center: People who are between 18 – 75 years old are eligible to participate in all of our programs in Palestine and Germany. All nationalities and majors are welcome! You do not have to have any degree to join us. The Excellence Center hosts internationals year-round. Participants decide when they would like to start and end their programs. We are very flexible when it comes to starting and ending dates.

I have spent 1 week studying in the intensive Arabic course at the Excellence Center. It has been a wonderful experience. The teaching was very effective, one on one, so I got to learn at the exact level that I needed. The teacher was very friendly, attentive and adaptive to my learning needs. Amongst other activities in Center was the common breakfast, that was a great way to start the day together and build a strong sense of community. The Center has also offered a possibility to meet with many Arabic speakers, including arranging my stay with a native Arabic speaker. All that contributed a lot to my learning, and in spite of the very short time I feel that I made a big advance. I truly recommend the Excellence Center for learning, networking and volunteering. 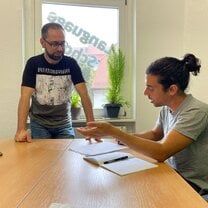 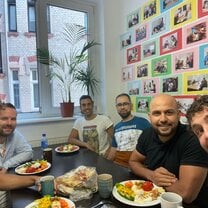 My time in Halle and with the Excellence Center was a truly unique and enriching experience. I spent five weeks in Halle and those same five weeks studying Arabic at the Center. Prior to studying in Germany, I had five semesters of Arabic instruction as an undergraduate student and no experience whatsoever with German. I had completed a short study abroad program before in Amman, Jordan for a month in 2019, which was my only previous international academic experience with which to build my expectations for Halle. Armed with a little Arabic, no German, and a strong dose of curiosity, I came to the Center in the summer of 2021. My experience was divided across four major facets: academic, linguistic, cultural, and relational. I would like to address them all in turn.
Academically, my program at the Excellence Center was the most rigorous Arabic program I have ever partaken, and it was more than worth it. Fifteen hours per week of one-on-one instruction with a native Arabic speaker was incredibly beneficial for my ability and confidence listening to and understanding the language. Not sharing any language fully with my instructor made understanding some of the more intricate grammar topics difficult. However, having an instructor who could not use English as a crutch forced us both to use much more Arabic. I felt as though I knew just enough Arabic to benefit from having an instructor who spoke essentially in nothing but Arabic. It was particularly difficult for the first week as I got more comfortable and as my instructor learned what I did and did not know. Once we became more experienced communicating, our lessons became much smoother and more effective. In the end, I would not have wanted it any other way. Using English in the classroom would have made it a lesser experience. Also, at the center Rafat created an incredibly welcoming environment that placed an obvious emphasis on student well-being and comfort as the foundation for learning well. I always felt welcome, supported, and appreciated at the Center.
Linguistically, of course, I learned quite a bit of Arabic. Outside of the classroom and out in town, however, I found myself with another challenge. Halle’s history and economic profile have together made English far more rare to find than in other German cities. While I was able to enjoy the city fully while in Halle, I had to be very observant and willing to struggle against the language barrier as I became more comfortable. Though I had not anticipated such a language barrier with local Germans as English can be common in other areas, it all got better with time.
Culturally, I found myself at the crossroads of different worlds. At the Center I found myself surrounded by other American students, my Palestinian/Syrian refugee instructor, Rafat as a Palestinian, a Moroccan student who lives in Spain, and a British language teacher. Of course, all of these worlds were colliding in a surrounding German culture, adding another layer to the mix. It was eye-opening and fascinating to learn about each person’s story, their passions, their struggles, and their aspirations for the future. I have always believed in travel as a medium for personal growth, and my experiences in the Excellence Center only confirmed and strengthened my belief in the value of engaging with people from different parts of the world.
Relationally, I made several great new friends with backgrounds quite different from my own, as I discussed above. The relationships I made highlighted the reality that the only divisions between peoples are those we choose to create. Nationality, language, socioeconomics, religion, and all other reasons for resentment or prejudices are merely manifestations of ignorance and impatience. For example, one of the most remarkable examples of hospitality and kindness I experienced in Halle was from my host. He was of a similar age and had immigrated from Syria. We shared little culturally, including only just enough English to communicate, but he made me feel very welcome as I shared his apartment with him. That experience, just like the rest of my time in Halle, demonstrated that any divisions we create as people ignore our shared basic humanity.
Studying in Halle at the Excellence Center is not for those looking to remain within their comfort zone. The Excellence Center and the surrounding city are those looking to learn, to grow, and to experience the new.

If you did this all over again, what's one thing you would change?
I would have attempted to learn a small bit of German before arriving in Halle. I only knew English and Arabic when I arrived, and neither of the two are common in Halle. The vast majority of local residents only speak German, which was a unique and exciting challenge but could be quite a headache at times. Becoming familiar with basic German phrases before arriving will make a world of difference!
7 people found this review helpful.
Helpful 

I took a 2-week intensive course in the Levantine dialect of Arabic, and have improved a lot in my time at the Excellence Center. There is a real sense of community in the center, which is a great opportunity to practice more. Everybody is very welcoming and very helpful, which helped me settle into the community very easily! My lessons were very well paced, and I was constantly challenged with new material, while reviewing material I had already learned. I lived with Abboud during my stay, he was incredibly hospitable and gave me an opportunity to practice my Arabic when I was not in the Center, and Rafat very helpfully organised this for me. I would highly recommend this course to anybody who wants to learn Arabic in a supportive environment. 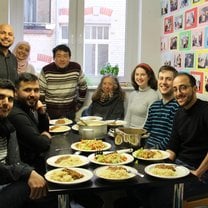 I work full-time and was not able to take a regular course so I opted for private instruction. This worked out best for me and I recommend this to those with inflexible schedules. Rafat, the center director and founder, is one of the nicest people you'll ever meet. I had some basic Arabic and he was able to construct lessons that suited my progress. Because I came during the New Year's holiday there weren't other students to interact with, but Halle is a very nice city with great cafes and a good arts movie theatre.
I lived with a refugee family so the accommodations were fine but if you are looking for a 5-star hotel this isn't it. I had my own room in a small apartment in which a mom and her 17 year old son were living. Shared bathroom. There were ample times to interact with them and over the holidays she had many refugee friends over and that was quite interesting. Rafat also organizes cultural programs in the afternoon where you can interact with other Arab speakers.

What would you improve about this program?
I think it would be interesting if Rafat offered a lecture or a talk with a local Imam or someone else who knows about the Islamic religion. Many refugees I met were fairly religious but most folks from non-Muslim countries - myself included - know very little about Islam. I would be interested in learning about the origins of wearing a hijab, burka or other clothing rituals. Why do Muslims follow certain traditions etc...? Maybe others would find this interesting too.
8 people found this review helpful.
Helpful 
Location:
Germany
Currency:
Euro
Weather:
Jan-Mar
52 F / 9 F
Apr-Jun
73 F / 14 F
Jul-Sep
79 F / 28 F
Oct-Dec
59 F / 10 F
Airports:
Frankfurt
( FRA )
Munich
( MUC )
Düsseldorf
( DUS ) 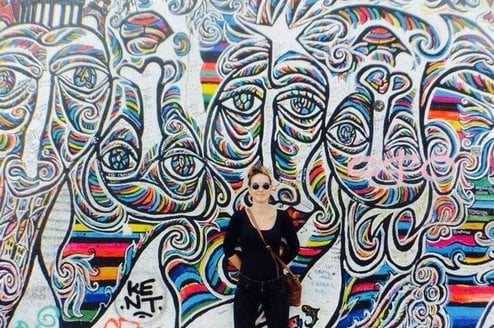 Germany
The Berliner Beat is not your usual regimented language trip, its a...
View Program 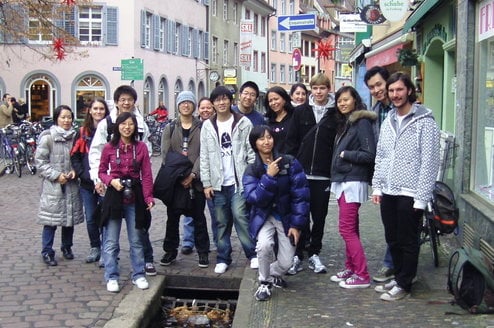 Germany
Our experienced team in Radolfzell on Lake Constance specializes in...
View Program 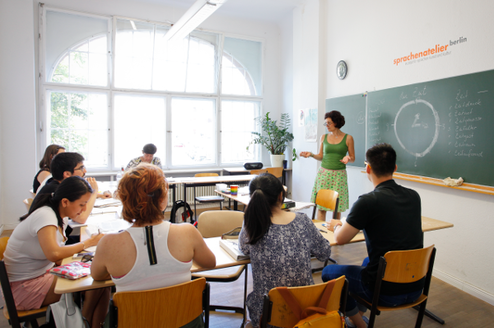