Berridge offers gap year and summer high school arts programs in the US and France. We build creative communities in inspiring settings that empower our students with an expanded sense of self, passion for art and a wider perspective on the world. Our Creative Semester offers the unique opportunity to combine cultural immersion, artistic practice, arts internship, community service and optional French language learning. Live in an 18th century chateau in the heart of Normandy, France, learn from professional artists and experience life in beautiful, rural Normandy. Each program offers an extensive itinerary of excursions including the D-Day Landing Beaches, medieval Bayeux, Mont St Michel and Paris. Discover where your creativity can take you! Berridge offers the perfect blend of study abroad, cultural enrichment and experiential learning, all in the most stunning locations you could ever imagine.

Berridge is pleased to announce we have expanded our scholarship offerings across all programs for 2022. For more information visit our website at www.berridgeprograms.com/apply

US residents ages 14-25 are eligible to apply for our USA Gap Year Fairs Scholarship, due Apr 15th. The winner can apply the funds towards this organization's programs.

I still talk about this summer in Normandy, almost 10 years after the fact. The core classes are incredibly in-depth and rightfully challenging, and the sense of community and camaraderie among me and my classmates was unlike anything I've ever experienced! The teachers and staff are so supportive and earnest, and they are truly invested in each and every individual student. Every class was a delight. Not to mention the surrounding countryside is so overwhelmingly beautiful!! (Please go on bike rides around the area when you attend — I wish I had explored a bit more when I was there!) Spending a month in a chateau in Normandy, while receiving a conservatory-style theatre education and making excursions around the north of France, is an experience I will never forget.

I attended Berridge for three summers, from 2012 to 2014, and it was one of the best decisions I have ever made. The first summer, I was only 15 years old, and was traveling overseas by myself for the first time. I had a history of homesickness at other programs, but at Berridge the staff was so welcoming and made sure to seek me out right away to help me feel more at home.

Compared to other theater programs, Berridge is unique in that the faculty and students are truly excellent while also fostering a completely supportive and non-competitive environment. There are no cast lists or cattiness, and the teachers truly believe that everybody is talented and deserve to express themselves. (This is not always true at other high-level theater conservatories!) They also work with you on your own projects and goals. For example, before attending Berridge, people had told me that I was a good actor, but all my characters tended to have very high voices. My voice was high in real life, and it got even higher when I projected my voice as I performed. I acted in a lot of plays in high school, but a busy rehearsal schedule doesn't leave time to work on larger problems like that, and I thought I would have to wait until I could take a voice class in college to figure out how to lower my voice. On the first day of classes at Berridge, one of my teachers gently pointed out that my voice was high because I wasn't breathing enough. Another teacher taught me about five different places I could allow my voice to reverberate from (head, nose, mouth, chest, and belly) and taught me exercises to help me access the chest and belly voices, which had previously been totally inaccessible. I still use those exercises as a warm up every time I act or do any kind of public speaking. As a result, I was able to play a much greater variety of roles in high school and college.

In my third summer at Berridge, I was an artist-in-residence, and got to create my own project. I acted in my favorite play, Proof by David Auburn, alongside a fellow classmate and three of my teachers, one of whom also directed us. It taught me so much and was such a joy to get to act opposite professional actors.

I also was introduced to improv comedy at Berridge and encouraged for the first time to feel like I was good at it. I ended up performing in an award-winning improv group at Yale. I am now in medical school and will likely be teaching medical improv next year.

It is hard for me to express how important attending Berridge was for my growth, both as a performer and a human being. From performing cue-script Shakespeare on the heart-shaped lawn to Saturday talent nights in the barn to twilight walks in the Normandy countryside, my memories of Berridge are still tinged with a warm glow 7-9 years later. It was a time when I felt extremely supported, engaged in my craft, and free to express myself without judgement. I hope to go back someday and I could not recommend it more highly.

The five core classes (On Camera, Shakespeare, Acting Techniques, Contemporary Performance and Movement) were extremely engaging, and I learned a great deal working with a specialist in each subject. The Musical Theatre elective was fun, thorough, and wide-ranging, and, like the electives, it helped me to prepare for productions in the coming year. The community at Berridge is incredibly warm and cooperative, fostered through open mics, campfires, and excursions to Mont St Michel, Omaha Beach, and the Bayeux Festival. This helped to make these classes as enjoyable and instructive as they were, and to make my time with the program so memorable. I'd very highly recommend the program to anyone with an interest in the performing arts.

I have thought about this program everyday since I got home 5 years ago. It is so scary to move overseas for a summer, but the reward is priceless. Not only was I introduced to conservatory-style theatre education, I also made friends that mean so much to me. Also, the staff is the most supportive and loving group. I left Berridge feeling more confident in my ability as an actor and as a person; it was one of the most important experiences of my life. If this program is an option for you, definitely go!

Join this program if you want to come out with powerful cinematic skills. Don't think about it twice. Literally. There are programs out there that have purely technical classes, others that are just theory, etc. This program will teach you how to THINK, WRITE, and DIRECT, like a true filmmaker. They teach you the importance of imagery and emotion, while getting hands-on experience at the same time. You are dealing with genuine industry professionals that will teach you how to behave on set and ways to be successful in this industry. Completely worth it. 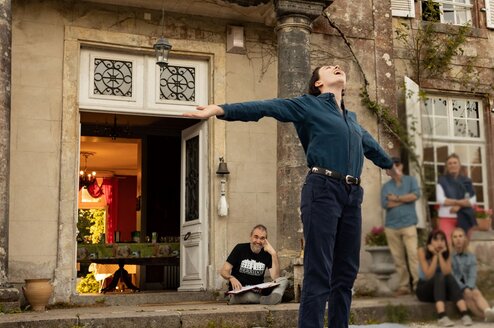 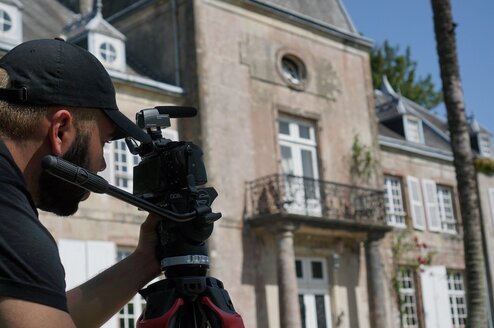