KIVU Gap Year is a facilitated gap year to internships at multiple global destinations. Students customize their travel to include both domestic and international experiences. You will spend up to 900 hours at internships while being hosted in local home stays. Weekend excursions and guided weekly discussions are built into the program to support student growth and enrichment. 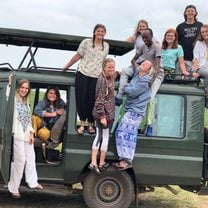 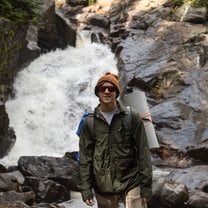 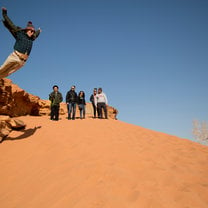 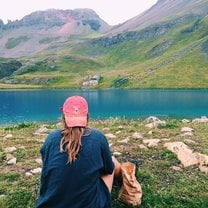 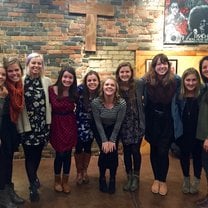 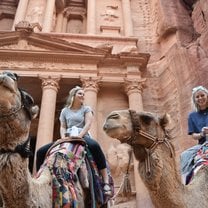 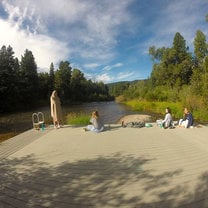 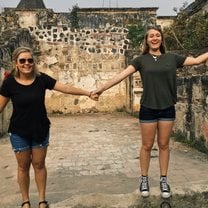 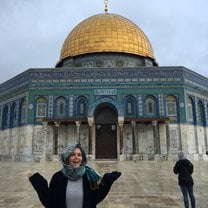 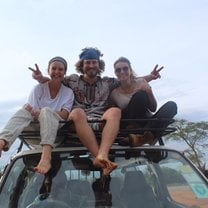 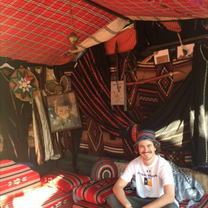 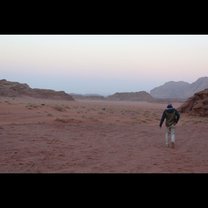 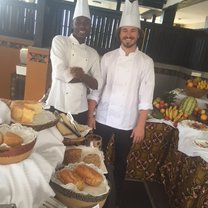 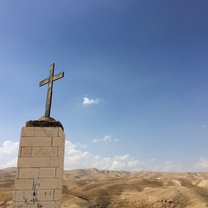 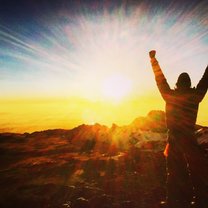 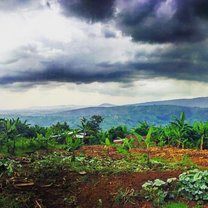 KIVU offers a unique experience filled with cross cultural opportunities you cannot get anywhere else. From home stays to less common destinations and rewarding internships, you are equally challenged and provided with safe engaging fun and growth. This program is not always glamorous but is always rewarding and exciting while growing you in a way other travel experiences will not. I would highly recommend this program to anyone looking to learn more about themselves and humanity and to gain a stronger global perspective about the world.

Kivu Gap year was one of the best decisions I’ve made in my life. I would highly recommend this program to anyone. My first destination was Denver Colorado. And yeah it doesn’t sound to glamorous or adventurous on the surface but it was place I experienced the most growth on Kivu Gap Year. The staff they sorround you with in Denver are amazing, they go above and beyond and I still keep contact with them today.
My second destination was The Holy Land/Jordan. The Middle East changed my view of the world completely. Being there taught me what forces drive human behavior. Also it was a ton of fun. I would go again just to dive off the sand dunes of Wadi Rum.
Last destination was Africa. First we went to Rwanda. This country is beautiful and misunderstood. The people are amazing at forming community and if you go, you will become a part of it. It was hard at first being in a completely different environment but looking back now I think it really opened my eyes to the world. We also spent two weeks in Uganda and 1 week climbing Kilimanjaro! Kilimanjaro was a top experience of my life time and Kivu gap year put us with the right people not just on Kili but the entire time while over seas.

There are Gap years where you go more places but I would pick Kivu anyways. They put you with the right people and focus so much on personal growth, which at the ages of 17-21 I think people really need. Such a great program.

I participated in the KIVU Gap year program after one year of undergraduate study. I entered college as a science major and quickly realized that I wanted to change my area of study...but I had no idea what to pursue. My time away from the classroom and in the real world with KIVU gave me a strong sense of direction. The program has changed a bit structurally since I participated but generally, the lessons and main ideas have stayed the same. While in Rwanda, I lived with a local family and worked at a community development organization. Overcoming cultural barriers was difficult, but the Kivu staff provided support and advise throughout it all. The host family I was placed in was very kind and hospitable. I stay in touch with them to this day. My experiences abroad showed me the value of mastering a foreign language. Consequently, I changed my major when I returned to college. I continually recall my gap year experiences as a source of motivation when the classroom becomes boring and seemingly pointless.

What would you improve about this program?
Like I mentioned, the program has changed a bit since I participated, but I think the internship placements could be better suited to the students interests. Some of my fellow gap year friends were placed in volunteer/intern positions that didn’t match their skills. If the program tried to create more ties with local organizations, there could be more options for students to choose from.

Taking a gap year with the KIVU gap year was the best decision I ever made. I had never been more stretched to grow then I had while I was on KIVU gap year. The friends I made through the program I still keep in touch with today and our bond hasn't weakened. Taking the KIVU gap year opened my eyes to what the world is like without traveling in luxury. You meet real people who live in the country that you're visiting, form relationships with them and learn more about the culture, it's an amazing experience and I would recommend it to everyone.

Most amazing gap year!!! I decided to take a gap year because socially I wasn't ready for the college environment. I was in Denver first semester, and I would say this was the best part of gap year for me. I grew so much personally- believing that I was loved and beautiful. We focused on a personality test called the Enneagram. We were able to see our strengths and weaknesses, but also see how we can best relate to other people in our group. We lived in a house about a mile from downtown Denver and we got to explore so much.
The abroad portion was defiantly not easy. I was uncomfortable, scared sometimes, missing home, but it was so worth it. I was able to expand my worldview and challenge my beliefs more than I ever had. I learned so much about other cultures and also how I handle uncomfortable situations. Throughout all gap year, we were pushed to be uncomfortable, but we were surrounded by an encouraging community. Our leaders were so encouraging and supportive when I was struggling or just needed to verbally process what I was experiencing. In addition, I made the best friendships with every person on gap year. I'm closer to them and still keep in touch. In each destination, we stayed with host families and living with my host families were the best way to learn about each culture. I still keep up with all my host families and I hope to visit them again! The Middle East was my favorite part because we learned so much about the conflict and were able to see both sides equally.
This was the best decision I've made and I miss it every day!

View All Reviews
This organization no longer has any active programs. Visit our homepage to continue your search. Why did you decide to do a gap year with KIVU Gap Year?

After traveling to the Philippines in 2010 with Camp KIVU, I knew I had a heart to love people and live life through hard times with them, so I decided to do the gap year to explore the many different options within the non-profit/ "helping professions" world to narrow my options down. I wanted to see where my greatest passions came alive and where God was drawing me. I also had been going to the same private school for 13 years with rigorous academics, and I needed a break before I went on to college.

What was one of the most memorable days/experiences of the trip?

There were so many moments that I could list because the year was filled with them. The first one that pops into my head is climbing Kilimanjaro. I can't even describe how hard but incredible it was. It was a 7-day trek up to 19,341ft, and seeing the sunrise over Africa will be a moment that I will never forget.

Others include the many adventures we got to experience in each country including the one day we hiked up a river in Haiti, making each waterfall a slide. We met some local children at this river, and they spent the entire day with us- swimming, sliding, and jumping into the river. It was a blast! Many of the other incredible memories just include the time we (the gap year family) got to spend together and living together. He worked with Peace Corps in 2012 as a language and cross-culture facilitator. From 2013 to 2014, he worked as an academic program officer with a study abroad program in Rwanda. From 2014 to 2016, Justin was the training lead with One Acre Fund while hosting Kivu Gap Year students in Kigali, Rwanda. He is very passionate about helping young people reach their full potential through mentoring, training and shared life experience.

My favorite travel memory was in April 2017 when I took Kivu Gap Year students to Queen Elisabeth National Park in Uganda. We got a flat tire while driving through the park, got lost in the park two times, and drove two hours in the dark in the middle of the park without a tour guide. We almost hit an elephant and we were both excited but also very afraid. We slept in the park and hypos grazed around the hostel all through the night.