It's Your Future. Make Summer Count.

For over 30 years, Summerfuel has been offering innovative and engaging summer opportunities in the US and Europe. Students who join our challenging pre-college programs, or our authentic study abroad and language programs, develop essential skills that put them ahead of the game. All of our programs are designed to broaden academic and personal horizons, and we work thoughtfully to create opportunities for a truly diverse student population. We have been offering the best, most comprehensive student adventures since 1984, and we still know what students want from their summers today. 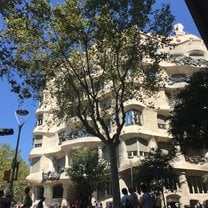 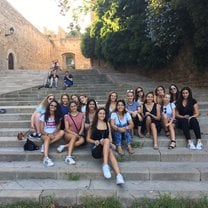 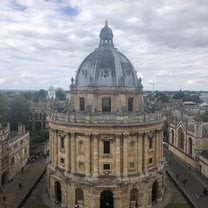 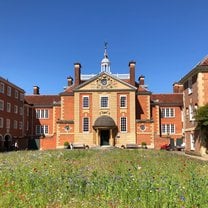 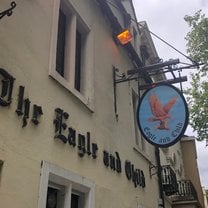 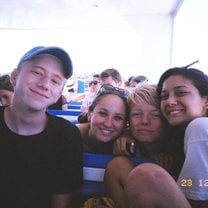 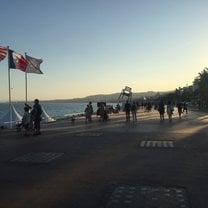 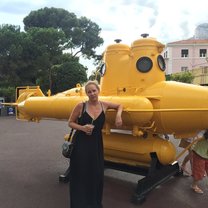 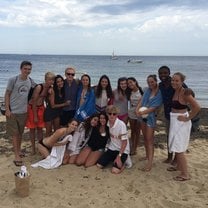 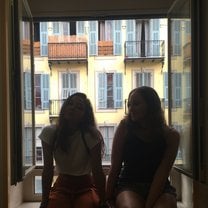 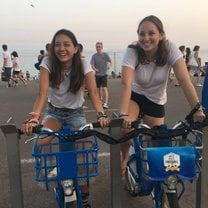 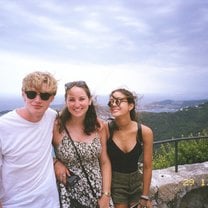 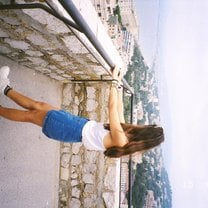 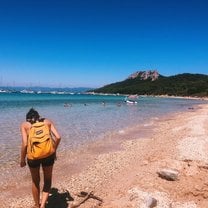 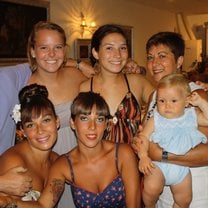 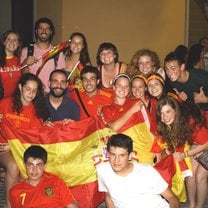 I had a lot of fun meeting all the kids and staff in the program, everybody was likable, and the time we all spent together helped us get really close. In addition to the people, everything we did was a lot of fun. I felt that during the time spent in ESADE business school I learned very valuable information, and the teachers were very nice as well. All the activities we did were a lot of fun, and I got to experience a lot of things that I'm glad I had the opportunity to experience. Some days were very long, with early mornings, walking all day, and not getting back until late, but it was usually for a good experience that I didn't regret. One thing I would mention is that a lot of the tours of churches and museums seemed very repetitive. They were all famous places that were nice to go to, but they were very similar and I felt we could've been doing something else we hadn't done before yet. All in all, I think it was a fantastic experience, and I will definitely be back in the future.

What would you improve about this program?
The one thing I would improve would be the activity planning.

One of the best parts of the Oxford trip was when they took us to a castle on a weekend excursion. I had never visited a castle before; it was a great experience. I met kids from around the world and we continue to be friends today. Most importantly the classes were very interesting. I took developmental psychology and entrepreneurship. The classes were taught by actual Oxford professors. This trip opened my eyes to different cultures and renewed my confidence in my ability to challenge myself. I highly recommend this trip, I learned about the world and myself. The best experience of my life thus far.

What was your funniest moment?
The water pressure is very strong and quite shocking till you get used to it.

I really enjoyed my three weeks in Barcelona. I had been to Spain before but this program really allowed me to improve my Spanish and get to know Barcelona. The program was a good balance between classes and plenty of options to explore the city with the group and with friends. The classes take place at a university and we were treated like special guests and had access to the facilities. The classes were fun and helped me to be more confident about speaking Spanish and I noticed a big improvement bu the time I left. The other students came from different places which was good as not many people knew each other and it was easy to make friends. The residence was very nice and we all got double rooms with air conditioning and a big cinema and games room. My favorite part was that we got to see every part of Barcelona from museums to different areas and the beach. I miss it and will definitely go back.

What would you improve about this program?
Barcelona is a late night city so sometimes I felt the curfew was a little early. They extended the curfew on weekends though which was good.

So much fun!! My Spanish definitely improved and I had an amazing time doing it. Filled with surfing, cooking, swimming and more there was never a dull moment. My family was welcoming and always made me feel at home. You were left to do what you wanted to do and there was always your choice involved with decisions. There was freedom so you could explore the town on your own with your friends but there was guidance when needed. The classes are fun and enjoyable. I Highly recommend this program!!!!!

I had always dreamed of studying abroad, so I began researching opportunities for summer travel and stumbled upon Summerfuel. They had everything I could ever have wanted- from countless locations, incredible room and board, and activities and courses that I fell in love with before I even took them. I had the absolute time of my life and wish I was back in Oxford every day. I decided to pursue a place at a University overseas because I enjoyed my time so much! I hope one day I'll be able to return to the city of dreaming spires.

What was the most surprising thing you saw or did?
I have never been one for heights or climbing precarious flights of stairs. However, I found myself in that very situation. One weekend, we traveled into London for sightseeing and adventure. My group started off at Saint Paul's Cathedral. Inside, there was the opportunity to climb some 500 plus stairs to reach the top of the cathedral. I stumbled a few times and my calves were on fire, but I have never seen such an incredible sight, nor would I have had that opportunity without Summerfuel 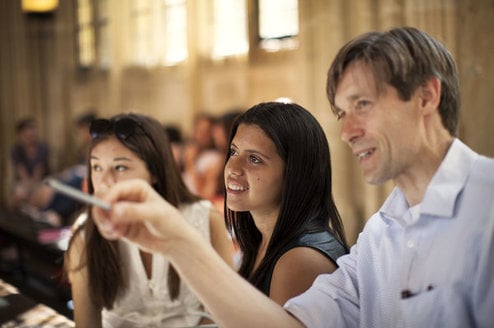 England
9.89 •9 reviews
Oxford is a magical place, loved not just for its longstanding...
View Program 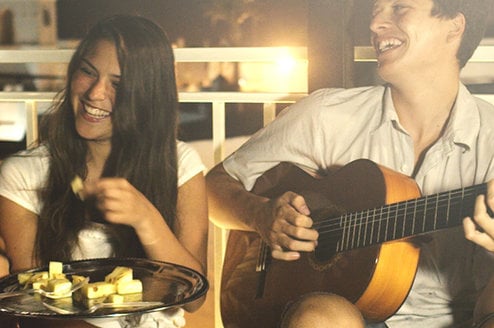 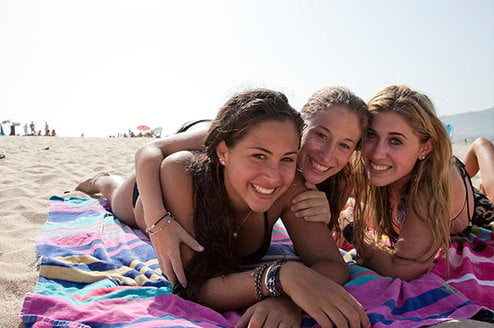 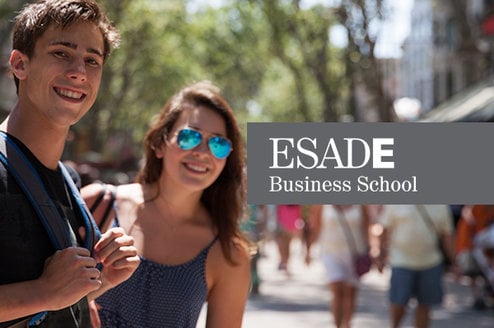 Ever since I was young, I have always been in love with the United Kingdom, most likely stemming from a Doctor Who obsession and a plethora of period dramas. I dreamed of meandering the streets of London, like Shakespeare, or sitting in the many gardens of Oxford, daydreaming in the gardens of Oxford, wondering what it must have been like in Tolkien's time.

During my sophomore year of high school, I became tired of the doldrums of school and feeling like I was missing out on opportunities. I wanted to be able to learn in other ways, outside of a tiny desk and stuffy classroom. As cheesy as it sounds, I read a novel about a girl who had spent a year abroad in Europe. As soon as I closed the book, I grabbed my laptop and began researching study abroad opportunities.

Realizing shortly, that I had neither the funds for a year abroad, nor the ability to be away from home for that long, I began looking more short term options. I figured that summer would be the perfect time to try it out. When I found Summerfuel's website, I instantly knew that I had found the program for me.
I was in awe of all of the locations and activities offered. I had decided that I wanted to spend my time in England, more specifically Oxford. There, I would be able to enjoy courses, rigorous without being overwhelming, countless trips to museums, activities galore, and an opportunity to explore a new world.

The people at Summerfuel were so friendly and eager to help me with paperwork and getting me ready for my trip.

It's rather daunting putting yourself in a new environment as a newly independent teenager, yet I knew that I would be looked after, while not feeling smothered.

As soon as I submitted all of my paperwork, I began to dream of the City of Spires.

Summerfuel provided all of the paperwork and an outline for the documents I would need. They explained how to gather all of the information and even had blog posts about what to expect and how to prepare. A reference from a teacher or other adults was needed to enter the program as well. The application process rather painless, though I knew that there were still standards of who was accepted.

When it came to living arrangements, I was told that I would be staying in Lady Margaret Hall, while in Oxford. As per the website, I knew that linens would be included in my dorm and that my basic necessities, like food, would be provided. All I had to do was pack my personal items such as toiletries, clothes, and other odds and ends. What position do you hold at Summerfuel? What has been your career path so far?

I am the Program Director at Summerfuel Nice. I joined Summerfuel in 2008 after spending a year living in France because I wanted to share my experiences, and my love of French language and culture, with students.

As a former high school French teacher, I believe that cultural immersion is one of the best ways to learn any language, a concept central to Summerfuel's mission.

What do you enjoy most about your role?

Nice is a magical place, and I really enjoy seeing how enthusiastic the students become when they are experiencing everything Nice has to offer.

Being able to share my cultural knowledge with students, and showing them that learning French is more than just looking at a textbook, are great perks as well.