UCEAP has sent over 13,000 students abroad to study or intern, creating a community of globally informed students and alumni. Plenty of options are available such as countries like Japan, Portugal, and many others! 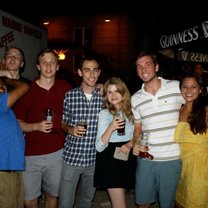 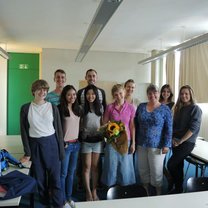 This was my second time studying abroad, and it had a lot to live up to. Granted the first program was a year and this one was 4 weeks, but it actually impressed me. I figured the short school term would make it easier, but I found myself with more schoolwork than I was used to at home. I actually learned a lot from it and got credit back home which let me graduate a quarter early. Regardless, the program was fun and definitely worth it. It was overwhelmingly UC students at the summer school, and since everyone spoke English it wasn't hard to make friends. Highlights for me included Dönnerkebabs, German beer, peaceful runs (and occasional swims) around busy lakes, and great public transportation. Fun program!

What would you improve about this program?
A little less work so that we have more time for exploring, but overall I loved it.

Berlin is an amazing city that has a lot to offer students. The University has great networking and support connections. It's a little on the outskirts of Berlin, but near the lakes. Perfectly manageable to arrive by bike.

What would you improve about this program?
nothing

If you aren't prepared to learn about these things, then you're barking up the wrong study abroad program. And if you are, then prepare for an unforgettable semester abroad in the beautiful city of Rome. You'll be eating tons of great food, easy access to other Italian cities, and be immersed in one of the best cities in Europe.

The program is strict on attendance, so you will not be traveling on weekdays. So make sure you take classed with Paolo or Crispin Corrado. Best professors there, hands down. And their course have the best/most field trips. Crispin is super knowledgeable and has a great upbeat personality. Paolo is challenging, but he's worth it. Will completely change your perception of Rome and its beauty.

If I had one critique, I would recommend not using the dorm housing provided by the school. We actually did not interact with each other as much as I imagined we would. And plus, the location at Trastevere was a lot smaller than some of the apartments other students received.

What would you improve about this program?
They should integrate more events that allow people on the program to mingle and interact.

To be honest, studying in Taiwan is not for everyone. One of the most important aspects about Taiwan that foreigners must understand is that the percentage of the population that can understand English is much lower compared to other areas in Asia such as Hong Kong, Singapore and Japan. In fact, pretty much the only locals you will meet who can speak a capable amount of English are other NTU students and professors. This issue becomes irrelevant if you have taken or decide to take language courses, although even proficiency in Mandarin may not be sufficient to communicate with people of the older generation, especially those outside of Taipei, as they tend to instead use Taiwanese.

That being said, studying in Taiwan was by far the greatest experience of my undergraduate career. The people of Taiwan are among the friendliest and most polite you are ever bound to meet. Food is a fraction of what it costs in America, and worlds more delicious and diverse. Culture there is a blend of native Taiwanese, Chinese, Japanese and a hint of Western that you are unlikely to find anywhere else in the world. Anyone who has heard of Taipei's many nightclubs knows that the nightlife speaks for itself. Although Taipei has done its fair share of modernizing in recent years, there is still a sense of the traditional lifestyle, especially preserved in several "old streets" scattered around the city and throughout the island as a whole. Suffice it to say, all these factors combine to make Taiwan one of the most unique places on earth.

The few difficulties I encountered during my stay were all related to the weather. Having lived my entire life in the San Francisco Bay Area, I was unprepared for the brutal heat and humidity that is apparently commonplace in Taiwan during Fall Semester and likely towards the end of Spring Semester. With the heat comes a scourge of mosquitos, which will make a feast out of you if you don't take care in avoiding them. Compared to all the positives Taiwan has to offer, though, these are just minor troubles.

In summary, I strongly recommend this Study Abroad program to everyone. A truly life-changing look at one of the newest of Asia's great powers in its prime.

Doing the Chile study abroad program through EAP at Berkeley was amazing! Chile overall is just amazing and if I could I would go there in a heartbeat. One of the things that had the most impact on me was my internship in which I had the honor to teach two classes. I also had classes at the University only two days a week which allowed me to explore the city, travel outside of Santiago and meet many people who I now consider my true family.

View All Reviews
This organization no longer has any active programs. Visit our homepage to continue your search. Why did you decide to study abroad with EAP in China?

I had Chinese language courses at my school for 4 semesters, and really wanted to learn the language in depth in China. My first time travelling to China was in 2008, and I loved it! I love the culture, language and history there, but at the time, I went as a part of a tour group, and visited only the famous sites. However, I wanted to experience how it would feel to live there long-term, living among the locals and living like a native. The six weeks in China allowed me to stay in the part of Beijing I did not see during my 2008 tour. I still feel that 6 weeks was too short and hope to return soon!

Made made studying in Beijing a unique and special experience?

I would have to say the people I met in Beijing made my experience the best it could be. I made so many life-long friends in China, and learned a lot about Chinese local culture through them. Just spending time with them and doing ordinary things that local Chinese college students do, such as going KTV-ing(karaoke), going out to eat freshly grilled Chinese lamb kebabs or Hot Pot, taking afternoon strolls around campus, and exploring Chinese residential neighborhoods, make my memories of Beijing all the more fonder! I know I will keep in touch with these friends, and will be sure to value these relationships!