Come study abroad with the Kyoto Center for Japanese Studies (KCJS) based at Doshisha University. With KCJS, undergraduate students study for 2 semesters taking advanced classes in the Japanese language and Japanese studies. The combination of intensive language classes and interaction with members of the local community, as well as assigned host families, helps to strengthen participant's Japanese language proficiency more efficiently than any class ever could by itself. Check out more details right now by visiting the KCJS website! 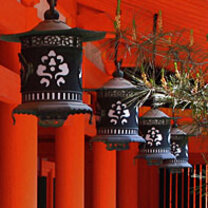 Japan Across the Eras with Edu-Odyssey KCJS was really a holistic program-- the classes, which are taught in Japanese for the language courses, and Japanese or English (depending on if you want to take a Doshisha or Ritsumeikan class or if you want to take a class with mostly foreign students). The best part, though, was the events they scheduled for outside of the classroom (they brought in professional kimono dressers, and we all rode around in rikushas one day around the gardens in Heianjingu, and we spent a day doing a winter hike to a mountain temple and had a meditation practice with a Zen Buddist monk, etc.). And of course I adored my home-stay, who were just such giving people and forgiving of my busted Japanese. Why did you decide to study abroad with KCJS at Doshish University?

When I studied abroad with KCJS, it wasn’t actually at Doshisha University—it was a program affiliated with Ritsumeikan (another well-known university in Kyoto), and housed in a small off-campus building near Heian Jingu, behind the zoo (you could sometimes hear the animals over the fence, it was so close).

However, I chose to study with KCJS because it came so highly recommended. I attended Washington University in St. Louis for my undergraduate, and WashU happened to be one of the members of the Consortium that is headed by Columbia University that makes up the “C” in KCJS. Most of my classmates were also from Consortium schools (Columbia, Princeton, UPenn, Harvard, Cornell, Stanford, University of Michigan, Emory, and a few others), but you don’t have to be a Consortium student in order to apply or be accepted.

My Japanese professor said that it was the best program she knew of to go to academically, and she strongly encouraged I should go. (As an additional bonus, my scholarships from my university still applied, because of the billing arrangement with WashU and KCJS). My older brother had also studied abroad there 3 years prior, and could not say enough good things about the staff and the services provided.

I think it was the opportunities provided outside of the classroom, to be honest. I had the most wonderful host family, who worked closely with my program to ensure that my transition went smoothly. The housing staff also worked in the capacity of acting as go-between as needed (thankfully, this wasn’t needed in my case, but some cross-cultural miscommunications did take place between other students and their homestays, and it was great to have someone mutually invested in both sides to explain the situation to and see that it was resolved).

Also, the staff was fabulous. They knew where all the fun community events were happening (calligraphy classes, traditional archery instruction, Judo dojos that would take on foreign students, religious ceremonies, etc.) and they planned wonderful field experiences (including but not limited to arranging for professional kimono dressers to doll up anyone who wanted to go for a rikusha ride in style, going to a Zen temple to practice meditation and drink tea with the monks, traveling to Okayama and later Hiroshima/Miyajima as a group, and providing students with assistance in planning personal trips, in my case to Okinawa and Sapporo).

If you end up attending KCJS, I would strongly recommend asking for advice on activities to join, particularly if you have a specific cultural interest that is not addressed in the academic offerings available. They are a wealth of knowledge, and looking back, I regret that I didn’t take more advantage of the resources available.

Study abroad with the Kyoto Consortium for Japanese Studies (KCJS)! KCJS is based out of Doshisha University in Kyoto, Japan. The program focuses on intensive Japanese language courses along with other Japanese studies, including religion, culture, history, writing, and more. Students must have an intermediate grasp on the Japanese language before... END_OF_DOCUMENT_TOKEN_TO_BE_REPLACED 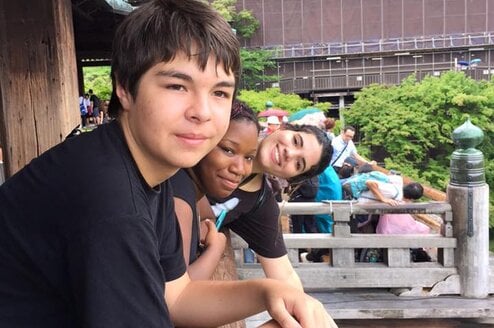 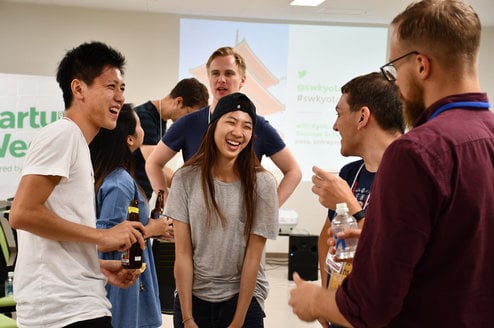