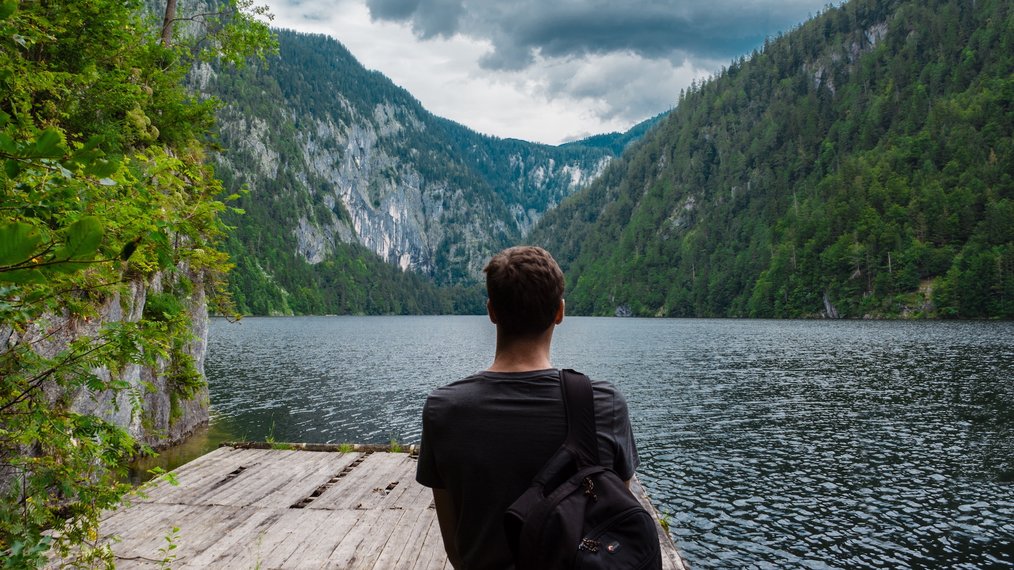 Known for its dense, guttural sounds and hard consonants, the German language can sound somewhat intimidating at first. That’s part of the reason I was drawn to learning German abroad during my university studies. When compared to other European languages, such as the more lyrical Italian or seemingly sophisticated French, German seemed to have an almost cheeky bravado built into it.

There were other reasons why learning German appealed to me, and why it may to you, too. Within the European Union (EU, pre-Brexit), German is the most widely spoken native tongue at 16%, followed by Italian and English at 13% each. Equally swaying, German was the language of great composers, thinkers and artists, from Ludwig van Beethoven to Wolfgang Amadeus Mozart to Sigmund Freud and others.

I spent two years studying German at my university in preparation for spending a semester immersing myself in the language in Vienna, Austria. While I felt like my general understanding of the language would allow me to get around without much difficulty, my goal in living in the Austrian capital was to become conversationally fluent by the end of my time there.

What surprised me -- and I suspect may offer a steep learning curve for others as well -- was how different Austrian German was from the Germany-based German I’d learned in my textbooks and from instructors at school. That said, learning German in Austria helped me navigate those nuances and build up my vocabulary while getting to know the people, culture, and history of Austria.

If you’re thinking of venturing to Austria to build up your German skills, here’s a few ideas to keep in mind.

Live with Native Speakers vs. On Your Own

You’ll be more likely to try out your German-speaking skills if you’re living with native speakers. It will also help you learn colloquialisms faster.

Whether you’re headed to Austria with a university program or on your own, look into apartment-sharing opportunities with Austrian roommates. And don’t worry if you feel like your German speaking skills are somewhat lacking -- most Austrians are familiar with, or even fluent in other languages, like English.

Interestingly, in a survey of EU countries’ language skills Austria came out on top with regards to the percentage of the population who are able to speak at least one foreign language at 78%. 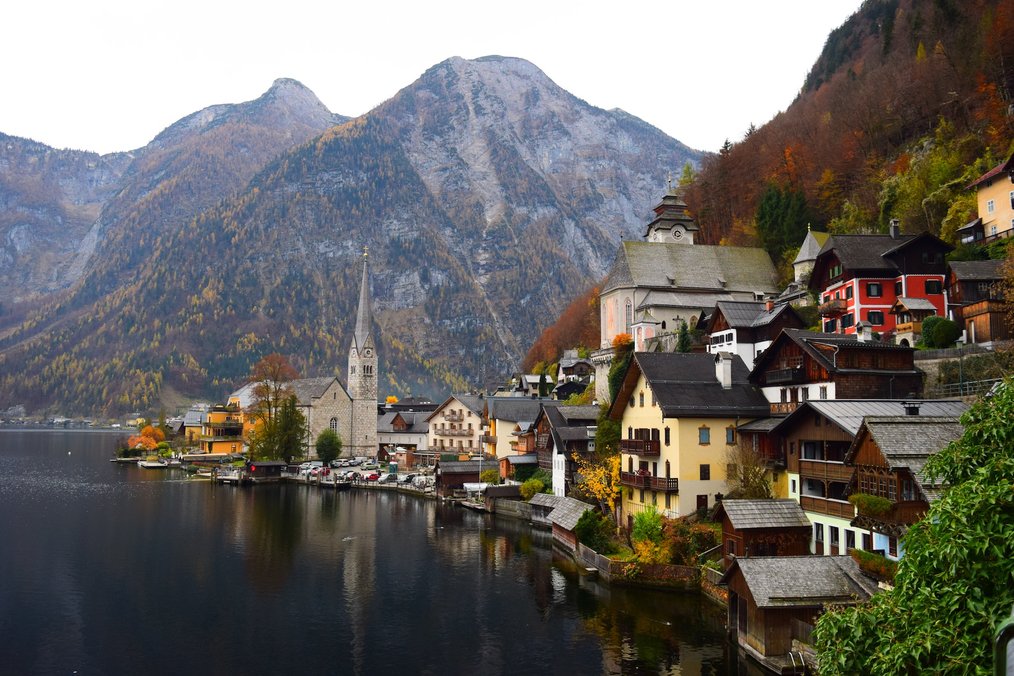 Music in English tends to be popular throughout German-speaking countries. Try to find (and listen to) native Austrian bands and music, where possible. Don’t shortcut and just listen to music in German; try to find music from the particular region you’re living in, as opposed to simply in the same language. Berlin German is far different than Austrian German.

I found one favorite before living in Austria that I continued to listen to while I was there -- the theatrical musical, Elisabeth, that charts the rise and fall of the show’s namesake, the popular last empress of the Austro-Hungarian empire. Looping the music endlessly on my way to and from classes not only helped me pick up on some of the particulars of pronunciation but also Austrian history.

During my time in Vienna I was able to see Elisabeth on stage -- it had far more meaning than seeing an American Broadway show simply translated into German. Many of the songs I can still recite word-for-word today, even as some of my other speaking skills have begun to slide.

Practice Your Skills at Restaurants, Hotels & Other Service-Driven Spots

Austrians tend to be very patient and encouraging with your language efforts. I discovered Austrians consider German to be an extremely difficult language to learn, so when I’d attempt to speak it, they’d wait as I stumbled through, “Which way to St. Stephen’s Cathedral?”

At restaurants, I’d try to ask my server about each dish, figuring I had some frame of reference for what I was ordering. Through these simple interactions, I was able to gain confidence in my speaking skills.

Find a Social Organization or Club to Join

Again, stepping out of your comfort zone will help you pick up the language faster. I opted to go to services and weekly activities with a church group. The group had regular outings to museums, sporting events, and restaurants. By interacting with the group, I began feeling more comfortable speaking and my fluency improved.

Attending school at the University of Vienna also helped me tap into a new group of friends and experiences. From talking to students on campus, I learned about how to find inexpensive tickets to the Vienna State Opera (a longtime dream of mine to attend) and special concerts at the various cathedrals that dot the city.

Go to the Movies & Watch TV

Many Hollywood movies are dubbed into German at the cinemas, along with popular TV shows. I found that already having some familiarity with the characters and plotlines helped me focus in on the language and build up my vocabulary.

Beyond American-based entertainment, I sought out Austrian-produced shows to help me to pick up even more of the language -- especially conversational German, versus the formal German I was learning at the university. One note: I found it much more difficult to find Austrian-based entertainment options. It seemed like the majority of German-language entertainment was produced in Germany, so the accent was different.

Give Yourself Time to Improve 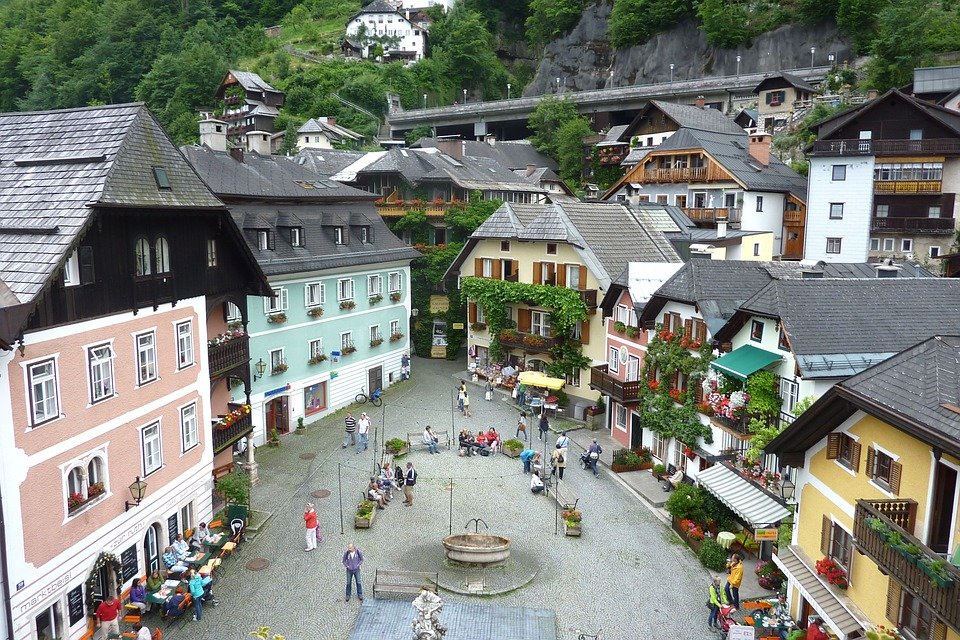 Even living in the country, I found there were days where my speaking skills sharpened, and other days where I felt overwhelmed.

As I was patient with myself, and discovered that those around me were patient -- and even encouraging, my fluency improved. Learning German takes time, but the results can help you discover new cultures and ideas that are well worth the effort.

As with any different culture, there are certain faux pas you’ll want to avoid. Here are just a few to keep in mind when staying in Austria’s capital city, Vienna.

While it can be challenging at first to try out your burgeoning language skills while learning German in Austria, remember that Austrians tend to be welcoming to visitors, especially those who are trying to speak their native tongue. As you keep trying to speak German -- along with listening closely to the intonations of the Austrians you interact with -- you’ll be able to build confidence in your skills and speak more fluently.