Did you know that although Italy is roughly the size of Arizona, Italian is the fourth most studied language in the world? Si! Not only do 30 other countries speak Italian, but four of them have even identified it as their official language!

One of the most effective and valuable ways to learn Italian, or any new language, is to study that language where it is spoken natively. Being surrounded by native speakers, acquiring their customs and taking part in their society propels language learning in a way that studying in your home country cannot.

From private classes to group classes, month intensives to cultural immersion, courses exist for every kind of language learner.

There are also classes that focus on cultural activities as a way of boosting conversational Italian. Love cooking? Absorb the language of love while swirling a forkful of ragu alla Bolognese. If tennis is your passion, serve an ace while mastering la lingua Italiana 1-on-1 with the instructor.

Most universities have the option for their students to study abroad for a semester or a year. This is a great option for students who want to learn Italian while receiving credit that they can apply to their degrees. Most of the time you will be not only be learning Italian, but other university subjects you may need to complete your degree. In addition to formal education, universities usually organize cultural experiences for the cohort to enjoy together.

Since every person has a slightly different learning style, tutoring may be a good option for you. Tutoring allows individualized attention to the strengths and weaknesses of the student’s language abilities. As a student, you can be in control of what you want to learn or where you struggle and get help in that area. In addition, a one-on-one tutoring session may be a less intimidating environment to practice language skills than in front of a 30-person classroom.

There is no better place to learn Italian than from the country that holds a population of 61 million, 93% of which are native Italian speakers. With only 30% of the population speaking English, every interaction from ordering a cappuccino to wandering around the Uffizi Gallery requires full immersion in the Italian language.

Whether you choose Rome for its architecture, Milan for its fashion, or Florence for its art, each place holds a vast amount of treasures awaiting exploration. It doesn’t have the most UNESCO sites for nothing!

Bordering Italy on its south side, it’s no wonder one of Switzerland’s official languages is Italian. Southern Switzerland’s canton of Ticino has the highest concentration of Italian speakers with a population just over 500,000.

Many are drawn to learn Italian in this area due to its charming towns, lush mountains and breathtaking Lago di Lugano! Popular outdoor activities such as hiking, skiing, and kayaking are available for students on top of their studies. Keep in mind that although you will learn traditional Italian in your course, regional differences exist between Switzerland and Italy. Due to French and German influence, the vocabulary of Swiss Italians varies from traditional Italian.

As one of the largest islands in the Mediterranean Sea, Sicily provides an escape from the touristy hustle and bustle of bigger cities such as Rome and Florence. It also has one of the lowest costs of living which allows a smaller financial commitment on top of the course fee. Take note that when studying Italian in Sicily, the prominent regional dialect of Sicilian may affect accent and vocabulary.

Since there are so many different language programs catering to all levels, you do not need to have prior knowledge of Italian. If you are a beginner and worried about communication, pick a language school in a bigger city where people are familiar with English. Regardless, it is always good to learn basic phrases for when you land in the country!

If you’re planning to study in Europe with a program that is less than 90 days, USA citizens don’t need a visa. If your language program is longer than 90 days, you will need to apply for a short or long stay visa. Whether you’re a USA citizen or not, you can find more information on how to apply for a visa at your nearest Italian consulate or embassy. 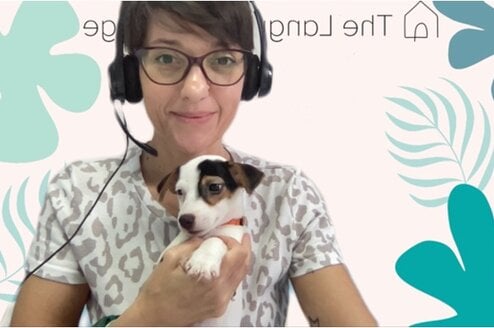 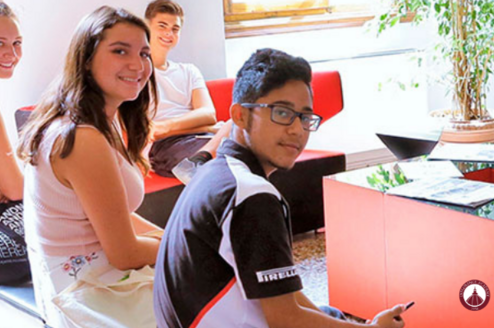 In InFlorence Academy you can choose between many different kind of...
5.00 •3 reviews 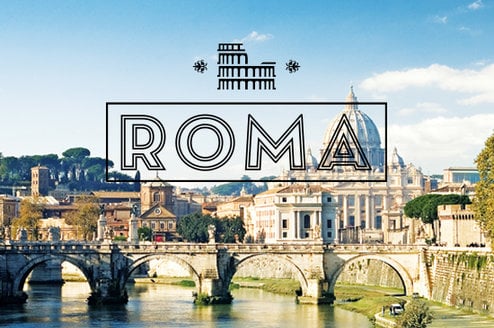 Explore the magic and mystery of the Eternal City – from the ancient...
5.00 •9 reviews
 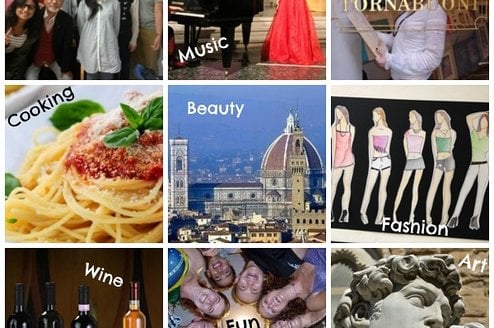 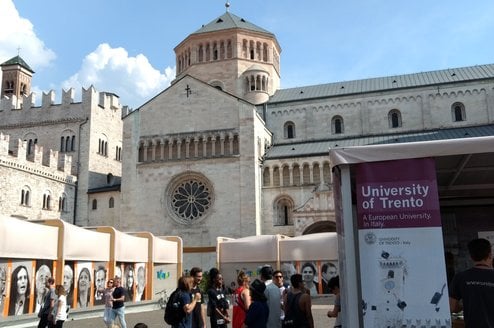 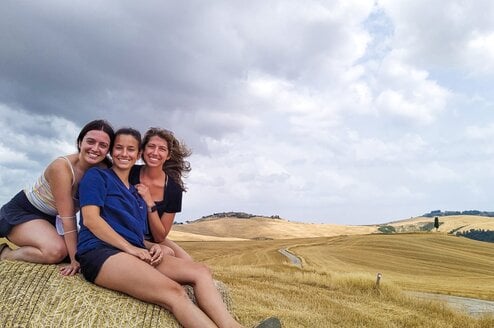 For those students that can’t leave their home campus for a semester...
5.00 •1 review 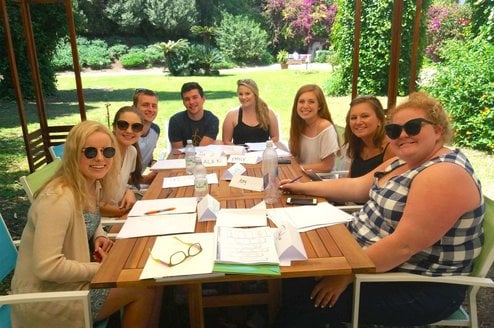 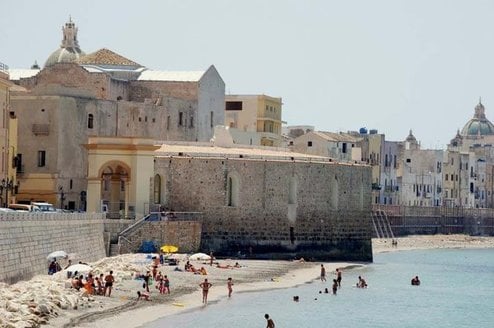 The general intensive Italian course is the core of an Italian study...
4.75 •4 reviews 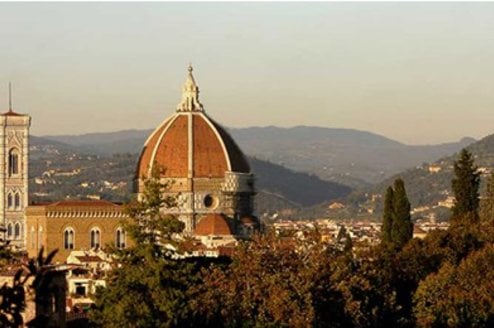 LinguaViva has been offering international students the opportunity to...
5.00 •2 reviews 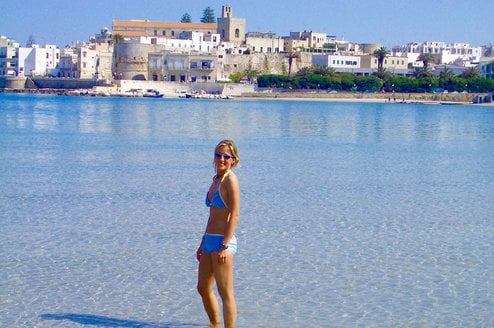 If you are not simply looking for an Italian language school in Italy...
5.00 •3 reviews 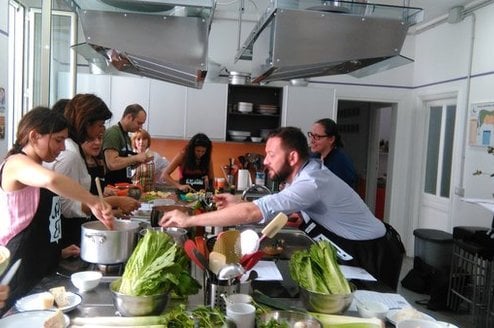 Through our courses of Italian for Foreigners we help spread the love...
5.00 •1 review 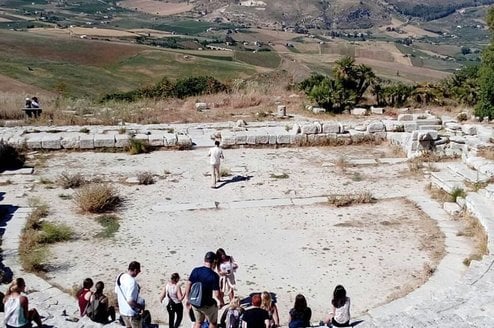 SCIE CENTER offers to all who are interested to learn Italian language...
5.00 •2 reviews