You want a Gap Session that increases your environmental literacy; greater understanding of the Planet. You dream of working in the outdoors with animals in the natural world. You don't envision an office or desk job. You want to develop your confidence through building communication and leadership skills. You want to feel empowered. Whatever the mind can conceive and believe, it can achieve.

You are interested in learning about environmental sciences, physical geography, fitness and wellness. You want to lead a healthy and active lifestyle.  Ultimately, you want to strengthen skill sets which help you become a steward of the environment regardless of your future career.

You're not intimidated to step outside your comfort zone to accomplish tasks. You want to listen, seek out answers and be a positive influence. You want to have fun and contribute to summer activities and events. 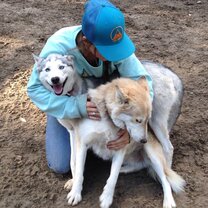 I've now spent somewhere over 4 months with the incredible Cushing family, and I've loved every minute of it. I went in the fall of 2013 as a gap year student, in January-February 2014 as an intern, and back again for last summer. I've learned so many things from my time at Earth Studies - about the environment, communication, natural horsemanship, work ethic, kennel management, primitive survival skills, trail management, animal rehab, and so much more. My time at Earth Studies has shown me the importance of a human connection to Mother Earth and given me opportunities for a deep connection with animals that's impossible to find anywhere else. It has allowed me the tools and the time for some serious introspection, and gifted me with a true second family. Earth Studies is an incredible and unique place that will teach you things you've never imagined that you'd be able to learn, it will challenge you to develop, give you wonderful memories, and inspire you to grow. 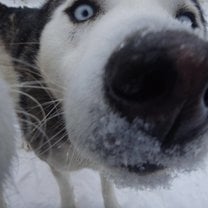 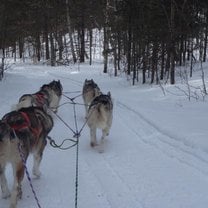 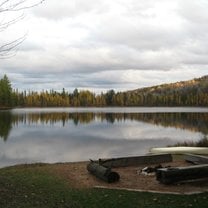 We were on our way up to the top of a 10,000 foot summit in Waterton, Alberta and we came across a glacier lake surrounded by massive snowbanks. We were walking alongside the base of a snowbank when we saw a small hole large enough for us to crawl into. Once inside it opened up to a vast snow cave with icy walls, shimmering with the small amount of light that was glowing through the snow. It had a small river fed by a waterfall from all the ice melt and was something out of a fairytale. I felt like an explorer hired by National Geographic. It's Amazing what mother nature can hide from you. All it takes to find it is a little curiosity.

What would you improve about this program?
Maybe an anonymous suggestion box for students who are too shy to take part in the program meetings. Other than that the program is perfect!
33 people found this review helpful.
Helpful 

On August 24, 2015, I embarked upon a journey that has not ended, and hopefully never will. After much anticipation and complaining (I hate being away from home), I boarded a plane that flew me out of Philadelphia and arrived in Ottawa approximately one hour later. Once through customs, I came across a sign with a symbol that looked familiar. I whipped out my phone and quickly looked up the International School for Earth Studies logo, and there it was: an oak leaf with the head of an eagle embedded in the grooves. I tentatively walked over, and soon exited with three other young ladies. An older, but young-looking lady (Jo Ellen) drove a massive truck to where we were standing, and we all piled in. My adventure had just begun.

After a few minutes in the truck, it was apparent that Jo Ellen was one of the coolest women I had ever met. When we arrived on site, the other student greeted us, along with the rest of the Cushing family: Goeffrey, Derek, Kirk, Corie Jo (CJ), and Janna Lee. For the next week, we hiked, or did something outdoorsy, every day. It was awesome. I learned how to make a fire, and tips to survive should I ever be stranded in the wilderness. I spent more time "in the bush" than I had in my entire life. When that first week-ish was over, the other four students left with Geoffrey and CJ for their cross-country Canadian road trip. I stayed behind with Kirk, Janna Lee, and Jo Ellen. (Derek was in university in Ottawa and came home on weekends). By the time they left, I was enjoying the budding friendships I had with both the other students and our hosts, but I was excited to see what the last two-ish weeks had in store for me. I was not to be disappointed.

Kirk and I were already best buds, but Jo Ellen became my second mom, Janna Lee my sister, and Derek my brother in less than a week. From working with the twenty huskies (plus three house dogs and three house cats), to riding the horses Parelli-style (only a back pad and a rope halter), to playing with the rescued raccoons, to feeding the fawns, to taking out the rowboat on the lake, to simply hanging out at the house and the lodge, I could not get enough. I photographed almost every moment and almost every animal. We worked with the huskies pretty much every day, and that soon became my favorite activity. It was so rewarding; it was easy to identify how much progress I was making with these twenty incredible dogs because I was able to tell all twenty of them apart, and they started responding to my cues and body language. I quickly bonded with the shyest dog in the pack, to everyone's surprise. No matter whether I was cleaning kennels or mucking the stables, I had a purpose. Everything I did was valued, and everything I did was fun. Friends of the family came for a few days at a time, and I soon became very well acquainted with them as well. From swimming in the water to swimming in the mud, these people, in addition to the Cushings, became my favorite people in the world.

After a whirlwind two weeks filled with love and sweat, the tears came when I departed. I never wanted to leave this place, this pseudo-farm that had become my second home. Prior to this experience, I had never had a place at which I felt I could stay forever. I had always not been able to wait to go home, but this was different: this time I could not wait to go back. 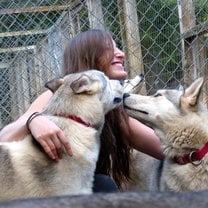 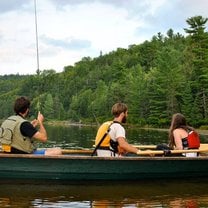 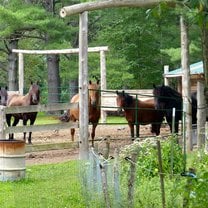 During the summer of 2015, I visited a gap year counselor at my university and shared a few of my interests with her: Canada, the cold, hockey, animals...and that was it. She recommended a program called the International School for Earth Studies, put me in touch with the director, and the rest is history.

Do it. The new experiences will open your eyes to a whole new way of living life. Not only will you be more mature and experienced, but you will also have once-in-a-lifetime adventures and create lasting and meaningful relationships. Last year, we travelled from Quebec to Alberta and the town of Waterton Lakes National Park. We usually see lots of black bear and wildlife. I was with a group of 4 students who were exploring the park with the GMC Yukon. I called the main campus in Quebec to file a complaint.

"We haven't seen any wildlife, particularly bears. Could you please ask Mama Bear (Jo Ellen) to send us a cub or two..." as we turned the corner, we got our wish. The students were totally amazed, talk about great timing.

I have developed purpose in my life and meaningful direction. My family takes great pride in helping to foster greater self-awareness and potential, so it wasn't difficult for me to follow my passion for becoming a dog behavior consultant.

The International School for Earth Studies is a family-owned, lifestyle driven outdoor education school based in Canada dedicated to teaching environmental literacy, outdoor preparedness, animal connection and self-defense. Their mission is to help individuals connect to nature while acquiring skills that serve people, animals and the environment... END_OF_DOCUMENT_TOKEN_TO_BE_REPLACED 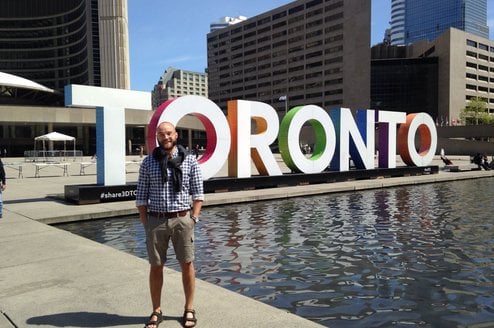 Canada
Welcome to our latest overseas adventure for residents of the UK...
View Program