Join our efforts in Cotui to organize a summer camp for kids from the poorest neighborhoods and help build much-needed schools for them!

Aside of giving some of your time to these children, you'll be able to spend your off-hours in classic Caribbean styled activities (distanced)—socializing, dancing, laughing, telling stories, speaking Spanish and watching baseball with new friends.

Finally, what a better way to complement this experience with excursions to the Zona Colonial, artisan markets, beaches, caves and the majestic Dominican Alps! 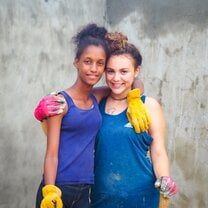 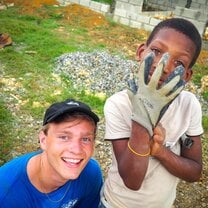 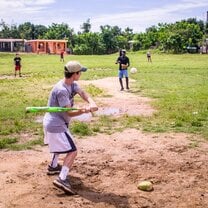 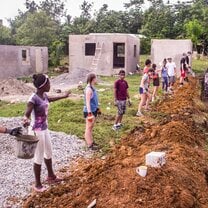 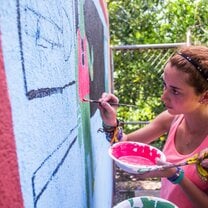 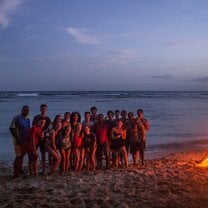 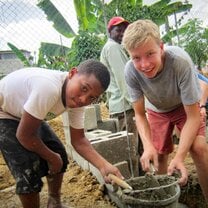 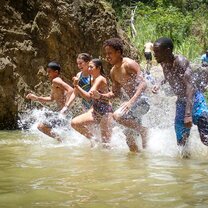 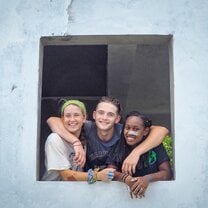 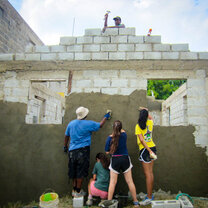 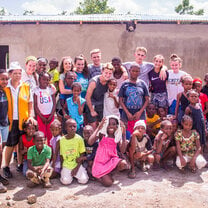 It was was easier to make friends than I thought. It was so easy to find someone who shared the same interests as you and it is really is a place where you can open up and be yourself. As well as a full cultural émersion we were still able to connect with the other volunteers and make plans to see each other and keep in touch after the program. The staff were wonderful and we really came together as a family. We overcame some minor difficulties stronger than before and it will always be one of my favorite summers.

What was the most nerve-racking moment and how did you overcome it?
Probably the plane ride. It was a little stressful to coordinate but it’s over soon and then you get to enjoy your stay.
16 people found this review helpful.
Helpful 

I had such a great time on this trip. Not only did I partake in community service but also had lots of fun. I met lots of new people and made friends that will last a lifetime. We went all around the capital city and explored around the country. The locals were nice and our housing was great. I have never felt so safe in a foreign country before. I was not expecting this trip to be as impactful on me as it was. I thing about it everyday.lne thing I really loved was the food it was amazing. We had different local foods every nite cooked by the directors wife. My favorite was the empanadas we had twice in the trip for dinner. If I was not out of high school I would 100% do this trip again it built me as a person and matured me into a young adult.

What would you improve about this program?
This program could not be improved at all. I loved everything about it and would not change anything at all.
15 people found this review helpful.
Helpful 

As a staff member in the Dominican Republic I have grown as a individual and professional while seeing an even more intensified growth for the participants. For housing nearly 30 individuals the house held up well, but was far from perfec but very reflective of the normal Dominican living experience. This program is great in the realm of immersion, there is always a Dominican to talk to or play a game with. The communities we work in quickly become a family and really make the experience one of a kind.

What would you improve about this program?
The amount of travel to the work site.
13 people found this review helpful.
Helpful 

I had been in this neighborhood before and loved it, so I wanted to have a more extended stay. Gave me the opportunity to truly experience the culture of this beautiful place. For me it was great. I would go to the worksite or kids camp ready to work, then at night have a cultural experience. The best by far for me is just hanging out with the dominican friends I made, while getting a coke at the corner store. If you go to the community with open arms, they will take gladly. Then you will be part of a community you have never seen anything like before, and will never forget it.

What would you improve about this program?
Let the kids have a little more freedom, with just a tiny bit less restriction. I know most of those rules are from safety precautions and things from the past, but that is to the individuals decision. One of the best parts of the trip is experiencing the culture, so at times I wanted to just only be with Dominicans, and truly be submerged by myself.
13 people found this review helpful.
Helpful  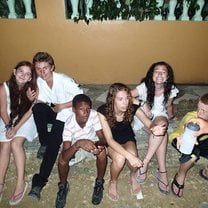 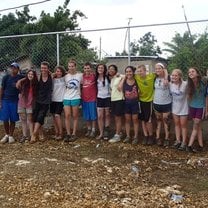 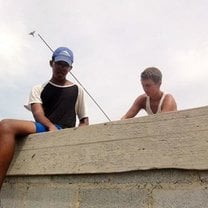 I had such a great trip with Visions to the Dominican Republic! Everyone on the trip was great and I thought there was a really good balance between working and doing other activities! I would love to go back!

Program
VISIONS: Dominican Republic High School Service Program
Zoe Kibbelaar lives in Curacao, an island in the Dutch Caribbean. Her four grandparents are from four different places: Switzerland, Italy, the Netherlands and Curacao. She enjoys playing the piano and the saxophone, participating in Model United Nations, learning about new cultures, and writing poetry.

Why did you decide to volunteer with VISIONS in the Dominican Republic? 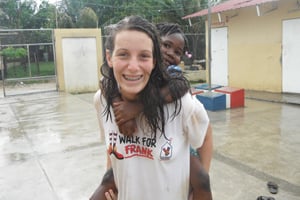 Zoe: I decided to volunteer with VISIONS because I wanted to experience something completely different from anything I had ever done before. My family history, much like the history of the island that I live on and the international school that I go to, is really a melting pot of cultures, ethnicities and nationalities, making culture something that I have always greatly valued. I really appreciated the emphasis that VISIONS puts on immersing yourself in the culture, language and traditions of a new place, rather than simply working there.

I chose to work in the Dominican Republic specifically because it was relatively close to home, and not because I didn’t want to be too far from home and become homesick or anything of the like, but because I wanted to contribute to the Caribbean community that I have always lived in, yet only really began to appreciate after my VISIONS experience.

Zoe: I would wake up and go eat breakfast (or wake up early and prepare breakfast if I was on home base crew). Once we arrived in San Luis, I would either be on the worksite or at the campamento (day camp). The day camp had four classes: English, Art, Sports and “Clase Divertido” (fun). The people on the worksite would work, guided by Dominican maestros, on the construction of a community center: leveling dirt for a parking lot, mixing cement, building a stairway, etc. At around noon, everybody would have lunch together. Afterwards, the people who were at the day camp would work on the worksite, and the people who were on the worksite would do something else: painting rebar for windows, designing a mural, or painting desks and chairs. In the afternoon, we would have some sort of activity: visiting the tres ojos caves was my favorite. Three or four times a week, we would have communidad, a sort of “sharing circle”.

Zoe: All of the wonderful people I met are by far what made my VISIONS experience special. Curacao is so small that it isn’t on most maps, and the size of its population matches. The social bubble that I live in can sometimes be rather restricting, and meeting interesting, new, open-minded people through VISIONS was really incredible. In the seemingly short period of one month, I have made friends that I am sure will last a lifetime. Even when we were doing something seemingly boring, like riding the bus (or the gua-gua, as the Dominicans would say), everybody found a way of making it interesting. We would often just sit all together and talk about anything that came to mind, sing songs, play the guitar, and make jokes. I honestly felt, and still feel like I could tell any of my VISIONS peers, staff, and members of the Dominican community anything at all and that they will be supportive, friendly and helpful. 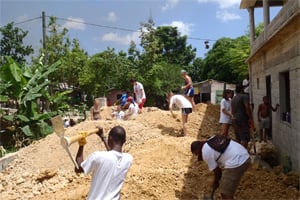 Zoe: I used to be rather self-conscious about my poetry. I never read it to anybody, until VISIONS. One day, we were all just having fun, one of my friends played guitar and sang a song she wrote, and somebody else read us one of her short stories out loud. I decided to share one of my poems. Their reactions were incredibly supportive, and since then, I have become more confident, and have been published online and at my school. Although this is a very specific example, I feel like it is a perfect illustration of everything I love about the VISIONS community and how it affected my life.

As cliché as it sounds, my experience at VISIONS was incredibly moving. I came back from the Dominican Republic with a completely different view of the world, a new appreciation for what I have, and a clearer vision of who I want to be.

The Dominican Republic shares the island Hispaniola with Haiti (the DR is to the right, Haiti to the left), and is a hot spot for beaching, staying at resorts, and living a Caribbean lifestyle. Close to Miami, with a diverse population and Creole cuisine, this island is a popular tourist destination filled with all sorts of adventures.

We believe that stepping outside of ourselves and encountering new perspectives fosters profound and positive change. We know that students who engage in meaningful service work in new environments gain exceptional insight—it’s been our program model for more than three decades. Our teen participants settle into the daily life of the host community... END_OF_DOCUMENT_TOKEN_TO_BE_REPLACED 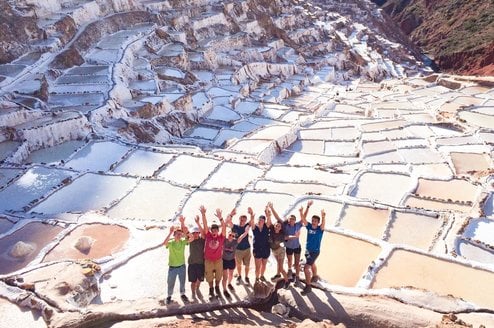 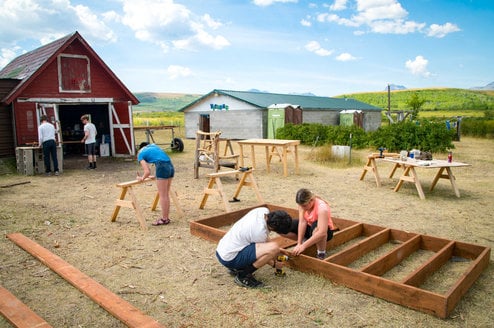 United States of America
9.62 •13 reviews
Live on a ranch amid the rolling grasslands of the Blackfeet...
View Program 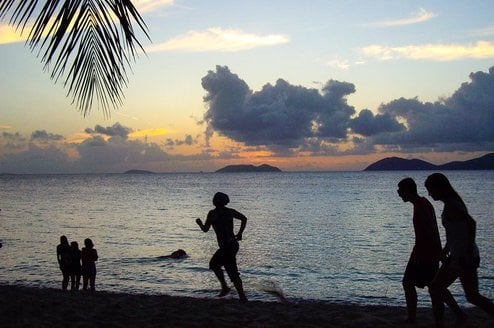