Year & Gap: As one of Latin America's most environmentally diverse countries, you will have the chance to experience mountains, volcanoes, rainforest and ocean, along with the famous Galapagos Islands. Through full immersion into local community life, you will be able to skyrocket your Spanish speaking skills and live the life of a local. School begins around 7am and ends at 2pm. Unlike in the US, most classes are given in the same room so students stay in the same classroom all day and teachers move from class to class. Students will have about seven classes per day plus a 30-minute lunch break.

This program is currently not being promoted on Go Overseas by its provider. Check with AFS-USA for the most up-to-date information regarding the status of this program. 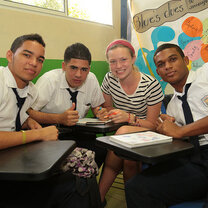 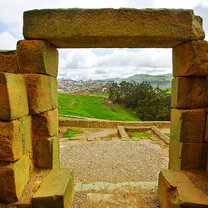 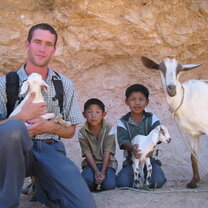 The opportunity to study abroad should be available to everyone, regardless of their financial means. Annually, we award scholarships to about half of our study abroad students.

I spent an entire summer in Cuenca, Ecuador with American Field Service. It was after my senior year of high school and before I went off to college. While all of my high school friends were enjoying a typical American summer of drive-ins and theme parks, saying teary good-bye to their besties from high school, I was in “The Land of Eternal Springtime”, which is what the Cuencans call their beautiful colonial town.

Cuenca was not nearly as developed back then as it is now, and the town was fascinating. The architecture, the culture, the people….it was all so engaging. AFS did a fantastic job in our pre-orientaion in Miami with thousands of students going to South America for the summer. After our pre-orientation, we flew to Quito and had an in-country orientating for a few days. Quito was also fascinating and Cuenca is similar on a smaller scale.

Mid-way through the summer, AFS arranged an in-country exchange where the students who lived in the mountains (as we did in Cuenca) traveled and lived on the ocean and vice versa. Our group from Cuenca lived in Guayaquil for a week and the diversity from Cuenca was staggering. The mid-stay exchange gave a wonderful contrast to what we were used to.

Whilst in Cuenca, AFS arranged activities on almost a weekly basis. Even though it was winter in Cuenca, we still were not in school and the students had a tremendous amount of free time. We were quite autonomous but the weekly or bi-monthly activities kept us in touch with the group.

The family I stayed with was wonderful and the lessons I learned about myself living there were in valuable. While no one can repeat the individual experience of an AFS aboard program, we all share the basic outcomes of knowing ourselves better, having our mettle tested, and growing up in ways that our high school friends back home will never have. So typical of this is that I could not relate to my high school best friends after being gone for a mere 2 ½ months. Even to this day, many years later, I remain iconoclast in relation to the old high school gang. In my adulthood I have not been afraid to move to a different city, take a distant job, re-invent myself. By contrast, all of my high school friends still live in the same town. While there is nothing wrong with that, it just isn’t me.

What you learn from an AFS experience is that no one can take you away from yourself and you are able to live life on your own terms. That is how l have lived my life since living abroad for the first time when I was 18 with AFS. Since then I have lived aboard again, have traveled extensively both internationally and domestically, and have lived in some of the most exciting cities in the US. I run my won successful business and know that I am not afraid of anyone or anything. That is how I have raised my family and live my life. If I never would have gone abroad with AFS at 18, I perish the thought that I would still be livng in the same small town in which I grew up. AFS gave me the opportunity to expand my own mind, spirit, and self, and the rest of my life was built on that experience. I will always be grateful for AFS for accepting me into their program.

After graduating high school, I went to Ecuador for ten months through AFS. I lived in a small city high up in the Andes mountains, near to one of the countries largest volcanoes, and went to one of the local high schools. I lived with a wonderful and caring host family and made good friends with both my fellow AFS students and my classmates at school. Despite the hard parts of the year, like being homesick and experiencing culture shock, mt AFS year was the best year of my life thus far. I learned so much about not only myself and Ecuadorian culture, but also about culture in the US. I gained fluency in Spanish, self confidence, and a host of other things that made me grow.

During my year, I spent most of my time being a student and a part of my host family. Many of my days were pretty similar, just going to school and then spending time with family or friends. Sometimes I got bored, but I also appreciated it, because I knew it meant that I was getting to experience what life was like for regular Ecuadorians.Ecuadorians are some of the friendliest and most caring people you'll ever meet. I always felt welcome and cared for.

I also got to travel quite a bit, mostly on the weekends and over some breaks from school. Ecuador is a awe-inspiring country, because of its natural diversity. I took trips to the Amazon rain forest, the Galapagos Islands, went to beautiful beaches, massive volcanoes, along with so many other breathtaking places.

The only draw back that I saw with my program was the local AFS support staff. AFS USA did an excellent job of preparing me for exchange before I left, but support in-country was pretty lax. Part of that was just a cultural thing. I was used to orientations and events being planned out and scheduled way in advance, a trait that's very prominent in US culture, but Ecuadorians have a less strict sense of time, so many things AFS related came together at the last minute and weren't as well organized as they would have been in the US. Also, AFS Ecuador volunteers are spread pretty thin. There was only one AFS volunteer in my city, and he was responsible for 12 students. This meant that I didn't get much one-on-one support from her, but I knew that I could go to her if any serious problems came up.

All in all, I would definitely recommend AFS to anyone looking to go on exchange. It's a wonderful program that has a focus on cultural understanding, which I believe is immensely important.

What would you improve about this program?
This program needs more and better in-country support for its exchange students. AFS volunteers in Ecuador are spread too thin, they are each responsible for too many students and can't direct as much attention to each student as they should.
6 people found this review helpful.
Helpful  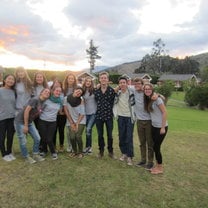 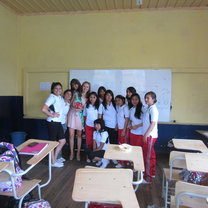 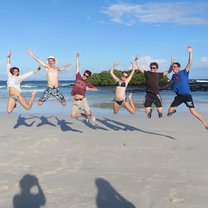 Ecuador hugs the equator on the west coast of South America, and holds Amazonian jungle, Andean highlands, and the Galapagos islands off the coast. Needless to say it is one of the most environmentally diverse countries in the world.

AFS-USA (formerly the American Field Service), a 501(c)(3) nonprofit organization, is a leader in intercultural learning and offers international exchange programs in more than 40 countries around the world through independent, nonprofit AFS Organizations, each with a network of volunteers, a professionally staffed office, and headed up by a... END_OF_DOCUMENT_TOKEN_TO_BE_REPLACED 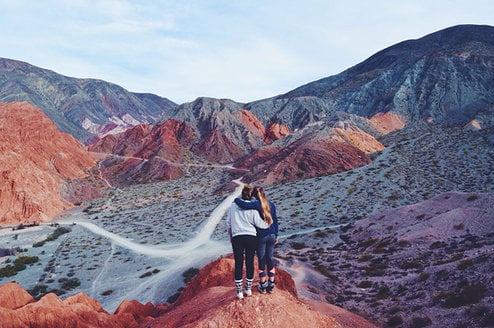 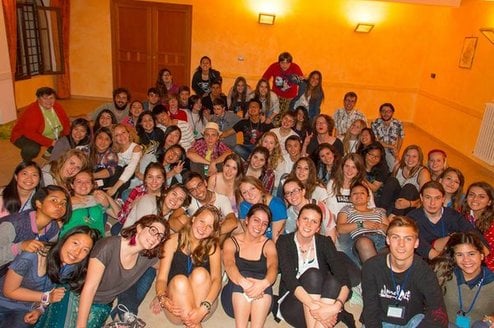 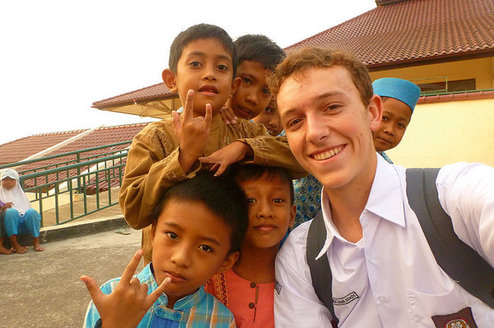