student on a stead train in York

Students walking in the city of Edinburgh

Students at University of Glasgow

Travel through the ancient lands of kings and queens, Celts and Druids, Harry Potter and Dumbledore, and along the path of Vikings through Scotland, England, and Ireland.

Enjoy unique Scottish flavours like Irn-Bru pop and haggis and be awed by Edinburgh Castle overlooking the streets below! Board a steam train for an unforgettable journey through the rolling hills of the North York Moors, including a stop at Goathland, also known as Hogsmeade in the Harry Potter films! Explore the bustling city of London and stroll along the Thames to spot the famous Big Ben, Tower Bridge, and Tate Modern.

Use your Dublin Pass to join a hop-on, hop-off bus tour and choose which of the top attractions to visit, including the Guinness Storehouse, the Dublin Zoo, the Viking museum, and trendy Grafton Street, where you can shop for the perfect souvenir to bring home.

Does this program offer scholarships for folks who need financial support?

Hi, thanks for stopping by! Unfortunately we don't have the resources to answer your question! We did find this helpful link for you that has tons of info on financial aid for this program: https://blythsummers.ca/financial-aid/.

This was an amazing experience and I strongly encourage anyone on the fence to check it out. Both my brother and my sister have also attended these programs and have had an equally compelling expirience. I’ve never been away from home for so long before and I was a little worried, but everyone makes you feel at home right away (even though you’re constantly travelling!). The friends I made on that trip are still my friends and we travel to see each other a couple time a year. I do feel that taking a photography credit was a good choice for me becasue it gave helped me discover the passion I had for it. Since that trip, I’ve entered and won a few different contests using things I learned while abroad. All in all I think it was well worth the money for me and I would suggest that if you’re uncertain to go to an info session for more information. For me it was 10/10!

What was the most nerve-racking moment and how did you overcome it?
The first day, when you don’t know anybody and it’s all travelling and jet lag. However, people warm up to you pretty quickly and by the third or fourth day any awkwardness at the beginning was long gone.

Shot from outside the bar in Dublin.

I travelled with Blyth Summers for the first time during the summer between grade 9 and 10. I absolutely loved the experience. The staff were kind and helpful, and truly made the trip one of the best academic experiences of my high school career. I studied photography, which was incredible - our teacher was very knowledgeable and found us extra class excursions, including a pinhole photography workshop! Our lessons were always interesting, and had a great focus on experience and learning concrete skills.
Over the course of the trip, I made so many amazing friends, many of whom I am still in contact with and have travelled with since.
I would recommend this program to any student looking for an exciting and interesting learning opportunity.

Photo of Stonehenge from a class excursion.

Pinhole photo of the River Liffy from a class excursion.

Photo of a canon overlooking Glasgow.

Blyth Academy is the leading private school in Canada by enrolment, with fourteen campuses across Ontario. Additionally, we offer over 30 academic summer programs in more than 30 countries across the world where students can earn credits towards a high school diploma. Blyth Academy has four international academies: Qatar, Florence, Prato, and... 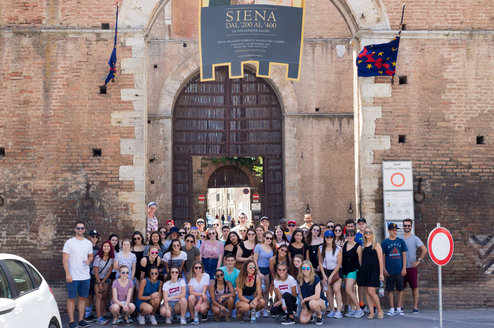 Spend your summer in Italy with Blyth Academy International Summers... 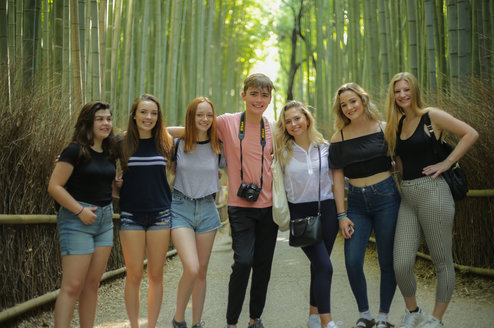 Study abroad in Japan with Blyth Academy International Summers and...