Ready to advance in a career, learn new skills, and get in on the ground floor of the Start-Up Nation? Launch your career with an international internship in Israel with Masa Israel Journey. Interns get the opportunity to learn from the most innovative leaders in their fields and gain invaluable professional experience while working in the hi-tech, financial, journalism, marketing, and public relations, government, nonprofit, environmental, engineering, or art sectors.

(Don't see your field here? Let us know about an internship you want and customize your own journey!)

With Masa Israel Journey there's no one way to do Israel. There's only your way - doing what you love.

In August of 2015, during Operation Protective Edge, I traveled to Israel for the first time on Taglit. We were there for seven days (it was a shorter trip designed for those who worked full time and couldn't take extended time off from work). However, those seven days were more than enough to leave a lasting impression on me. Upon returning to the states once Birthright came to an end, I felt a strong pull that I couldn't ignore. I needed to get back to Israel, and immediately began researching ways I could do so.

After extensive examination of the multitude of options, I landed on “Real Life Israel”; a five month internship program in the city of Jerusalem. To make a long story short, I made the decision to quit the full time job I’d had for five years, take time off from graduate school, pack up my belongings and venture to Israel as a participant of RLI through MASA.

The internship I had while in Israel was at the Israel Center for Treatment of Psychotrauma. I was able to work amongst fascinating, driven, and incredibly innovative minds in the field of trauma. After interning there for several months, I was invited to stay in order to assist with their two-week summer course at the Rothberg International School. I enthusiastically accepted, and during this time I learned a tremendous amount more about resilience and trauma in Israel, and worldwide from the students who participated in the course.

RLI was truly an invaluable experience that impacted my life in ways that I can only hit the very surface level when it comes to comprehension and verbalization. I was able to see so many sights that define Israel, and contribute to its beautiful yet tumultuous history. We traveled to Sderot and looked across the border unto Gaza. We swam amongst the most stunning fish in the Red Sea. We hiked in the north and feasted on some of the most delicious fruit I’ve ever tasted. On Yom Hazikaron we were at Yad Vashem to hear Bibi speak about the fallen soldiers and days later on Yom Haatzmaut we displayed our most festive attire and marched on the streets of Jerusalem in celebration of Israeli Independence.

Briefly reviewing the specific internship program I was apart of through Masa is an arduous task, because there is nothing brief about it. As I stated earlier, it has impacted my life in such a massive way, and has significantly contributed to my decision to make Aliyah (which I will be doing in July, 2016). Yet if I were going to tell one specific story about the time spent in Israel, it would have to be the following. On a Friday night, Shabbat, in the city of Jerusalem, I became ill. So ill that I walked (public transportation shuts down on Shabbat) to the urgent care center in order to get some sort of help. The urgent care center was kind, but advised me that they didn’t have the proper devices needed to treat me, and that I would have to go to the hospital. The center called me a cab, and advised I wait outside for the cab to arrive. I walked down the five flights of stairs and waited on the sidewalk for the cab. Ten minutes passed, twenty minutes passed, thirty minutes passed, the streets were deserted and there was still no cab. I called the care center and there was no answer. I called a few cab companies and there was no answer. My pain was becoming unbearable. I couldn’t stand, let alone walk back up the five flights of stairs to the urgent care center. I felt completely helpless curled into a ball on the sidewalk, writhing in pain, and then I heard a woman’s voice asking if I was okay. I explained that I wasn’t feeling well and was waiting for a cab to take me to the hospital. She looked around and said that there were no cabs, and yelled at her husband to find me one. Then she said, never mind, that it was impossible to find one, that they had a car and they’d bring me to the hospital themselves. I was so overwhelmed by her hospitality, and by the pain of course, that I was in tears. She picked me up in her arms, wiped away my tears, and told me that they had me now and I was going to be okay. They drove me to the hospital, and the woman held me the entire way. When we reached the hospital, I felt even more ill, and so I quickly thanked them and jumped out of the car. The woman came after me, and helped me in through the emergency room and shouted for someone to assist me. My friends were waiting at the hospital and said that they hardly recognized me in my state of disarray. I passed out shortly after entering the emergency room, and when I woke the woman was gone, but luckily my friends had obtained her name and phone number. I had never experienced such kindness from a complete stranger, and I am forever thankful to her and her husband. When I told this story to people at home in the states they were equally as astonished as I was. Yet when I tell it to people in Israel they say, of course, this is Israel, this is how we are here. To me this particular story conveys how incredible the people of Israel are, and is one of the many reasons why I am so thrilled to have been able to intern in Israel, and in the future, to be a part of this unbelievable country.

Masa Israel Journey offers offers 2-12 month immersive Israel experiences - think internships, entry level positions, volunteering, academics, and teaching - where you can live like a local and develop both professionally and personally. Choose from any number of life-changing programs designed for Jewish young adults from around the world looking...

END_OF_DOCUMENT_TOKEN_TO_BE_REPLACED 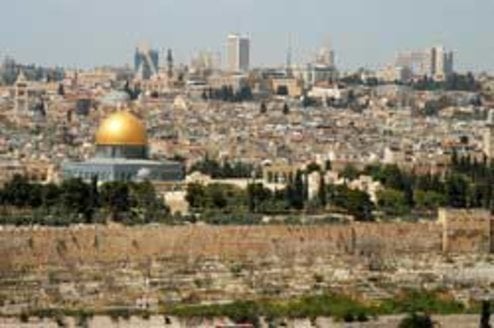 9 reviews
Save to Wishlist
Israel Experience 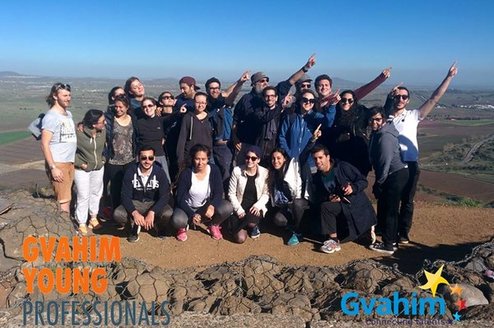 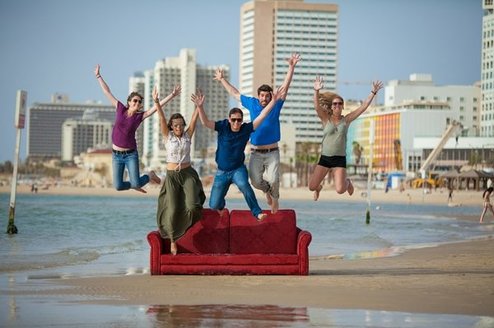