Skip to main content
Kenzie is a student at the University of Waterloo in Ontario, Canada, pursuing a degree in environment and business. She is passionate about conservation and sustainability and hopes to pursue this as a career path after graduation. In her spare time she loves hiking, reading, and spending time with friends. 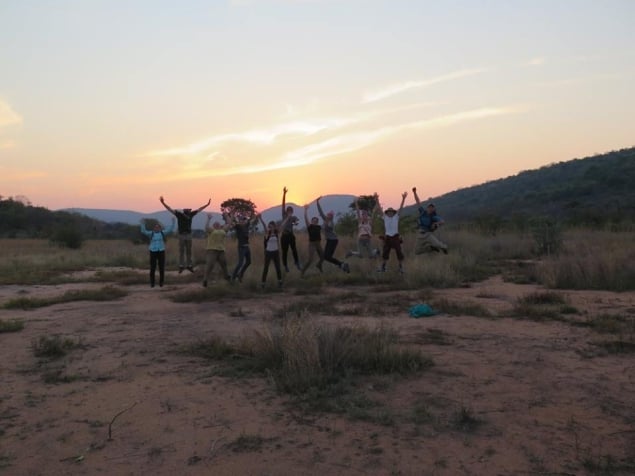 I have wanted to go to Africa since I was little, and the idea of living and traveling there for five weeks was something I could not pass up. I looked into many volunteer programs prior to choosing ISV, but what really appealed to me about the ISV experience was that I would be able to see more than just my volunteer site. The two weeks of travel that followed volunteering really stood out to me!

I was looking forward to the hands on experience and work, but was not leaving without doing some exploring in the continent that I had been so anxious to see for most of my life. Also, as someone who has never traveled on my own, I was looking for an organized experience where I knew I was going to see and do as much as possible in a short period of time. I could leave all concerns of timelines and transport aside and just enjoy!

Before I left for South Africa, I had to have all of my travel documents in place (travel insurance, travel visas, and passport), I had to look into all medical requirements (vaccinations and medications) and book my flight. ISV gives you the option to join the group flight, which is organized through their travel agent, so all I had to do was pay!

Apart from that I did not have to worry about anything! They provided transportation, an itinerary, packing lists, tons of information about my host country and volunteer project, most meals, accommodation, and entry to parks and other venues. They were really easy to work with!

My one piece of advice is to take on the entire experience with an open mind. Upon arriving I found myself living in some pretty adventurous accommodations, and eating some crazy foods. I met locals that told me about norms in their countries that were so different from my life at home and learned about cultures that are unheard of in my small town. But I found that by being open minded about everything that came my way, I was able to enjoy the experience so much more!

I did not pass up any opportunity to see or do something I wouldn't have otherwise had the chance to do. It led me to making friends all over the world; to scuba diving in the Indian Ocean (something that terrifies me to no end); to dancing with Swaziland children in traditional wraps; to bungee jumping off Victoria Falls Bridge. I never lived so much until I did it with an open mind.

Every day we would wake up to the sound of the "handy-daas" birds in the trees above our hut. We would roll out of bed, still half asleep, and get ready for the day ahead. We packed the trucks, grabbed some snacks for the day and headed out to the reserve as the sun was rising. The first part of our morning routine would be 'bird-point-counts'. We learned to recognize a variety of birds both by sight and sound and we would watch and record the birds in the area. After completing this we would move onto 'Veld Condition Assessments' or VCA's.

In teams, we would assess random plots of land for grazing levels, insect and fire damage and species identification. As the temperature rose we would head back to camp for lunch and some free time. We often had lectures in this time as well. Our leaders, all extremely educated in the field, led us in discussions about poaching, hunting, conservations and sustainability. The topics were usually controversial, so we were able to get perspective from other students interested in the topics. We would head back to the reserve when the heat became bearable and finish one or two more VCA's before dinner.

Our other duty on the reserve was giraffe IDing. Whenever we saw a giraffe we would record its location and other unique information. All of the work we did was put toward maintaining the reserve. This work would otherwise be paid or not done at all, so it was extremely important for the surrounding communities to have our volunteer group there. In an area of Africa where extra money can be put toward bettering the lives of the locals, it made all the difference for us to be there. After work came dinner, followed by a fire to end the night. We would sit and talk about our lives at home, our interests, our friends and our adventures to come.

Weekends were a time off. We spent these days doing game drives, exploring the reserve, hiking and visiting the neighboring communities. I really loved how our ISV leaders understood that even though we had come there with the purpose of volunteering, we also wanted to experience South Africa. They filled our free time with activities that allowed us to learn about the cultures and the natural aspects of the area.

My biggest fear was that Africa would not be what I expected. In reality, this should have made me even more excited. I was worried that after so many years of wanting to see the land and the animals I would be disappointed by what I found. What a crazy concern! It was much different than what I envisioned, but this made me eager to see more. Every place we stopped was distinctly different from the one before.

Would you recommend staying the optional two or three weeks, after two weeks of volunteering?

After two weeks of volunteering, ISV offers an optional two or three weeks of travel. Very few people leave after two weeks and I am so glad I was not one of them. Most students choose to stay four weeks, but I went all in and decided on five. So, after two weeks on the reserve we traveled around South Africa, Swaziland and Mozambique, then boarded a plane bound for Zambia for a week, where we also got a taste of Botswana as well. By the end of five weeks it was pretty incredible to look back on everything we had done. None of us would have been satisfied leaving for home without discovering what Africa had to offer.

In five weeks we did more than most people can say they have done in a lifetime.

We saw the Big 5, went scuba diving and surfing, caving, hiked mountains, looked out over God's Window of Blyde Canyon, camped in tents in the middle of Chobe National Park, jumped off cliffs, bungeed off bridges, played volleyball with Swazi children, stargazed, rafted the Zambezi and so much more. Had I decided to stay two weeks I would most definitely have left with a smile on my face and more than a few stories to tell, but I also would have regretted not making the most of my time abroad, and would have been booking a flight back to South Africa faster than you can say "Mufasa".

My experience in Africa was more incredible than can be described in a few short paragraphs. The only way to really know what is like is to get on that plane yourself!

South Africa is renowned for its vigorous culture, sweeping landscapes and remarkable wildlife – but communities, children’s homes and wildlife reserves need the help of volunteers through organizations like International Student Volunteers (ISV) to address disadvantage and environmental concerns...