Why did you decide to volunteer abroad with GVI in Mexico?

Florence: I first found out about GVI, when I went into my local travel agent to plan my round the world trip that I have been taking part in for the last 4 months. I knew that I wanted to take part in a volunteer project; I had a strong aversion to visiting a country and simply acting like a tourist. I wanted to learn about a new culture and contribute to a new surrounding, I just wasn't sure where.

So I picked up a brochure that was titled 'Volunteer' and began flicking through it. I stumbled across a page titled Marine Conservation Expedition in Mexico. The photograph was what captured my attention as it had been taken underwater of a diver with some exotic fish. I had never thought about diving before, or shown much interest in it so it sounded like an exciting new challenge that I was willing to take on board.

Reading through the article in the brochure, GVI seemed like a really well organized company and based on costs, on site support and the amount of programmes they run successfully it seemed like the company for me. Mexico had always been somewhere I wanted to visit and the fact that I had never been anywhere like it really appealed to me. It was the best trip I have ever done. 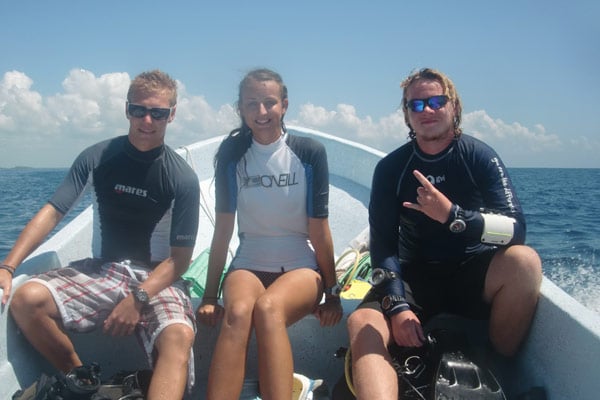 Florence: Each morning we would be up by 7, sometimes 6:30, and each of the four huts would have a job to do: Kitchen duty, raking the grounds, putting the equipment in the boats or keeping the communal area tidy. We would have a board displaying the day's routine. Breakfast would be at 7/7:30, then we would push the boats out into the sea and get the first group of divers out while the rest of us studied our coral and fish or just relaxed on the beach until it was time for our dive.

During the day it was quite likely to have talks from the staff about the reef, how to be environmentally friendly and the creatures of the sea. At around 5 all the dives would be finished for the day, we would bring the boats back in as a big group. Then we had free time until 6:30 when dinner was served. After dinner we would put the dive gear away and then one of the staff members would explain tomorrow's board. Everyone would then hang out in the communal area or on the beach under the stars until bedtime. 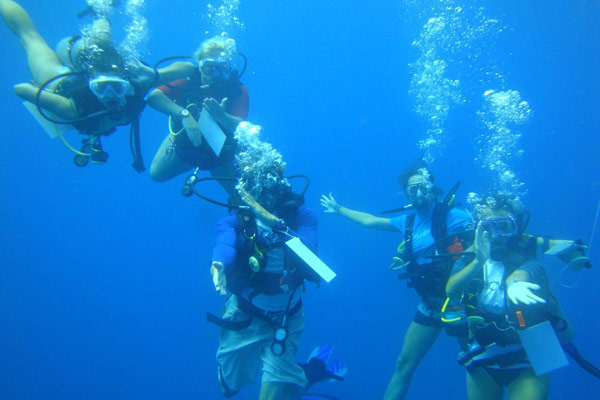 Florence: This experience was one that I won't be forgetting anytime soon. Being able to challenge myself to the extent I did has allowed me to grow as a person. As I am a people person, I learnt how to enjoy my own company and be independant. Being in a country where they didn't speak English has encouraged me to learn another language. The staff in Mexico showed me the importance of respecting the world we live in, and taught me ways to educate others into being environmentally friendly, so it has changed the way I think dramatically. My time with GVI also led me to become an ambassador for the company and work for them in New Zealand to get more people involved with their programmes.

Participate in marine conservation or community development projects in Puerto Morelos, a port city in Mexico. The city is nearby Mayan ruins, mangrove swamps and the Mesoamerican Barrier Reef System – the second-largest reef in the world. You could contribute to the preservation of coral reefs...