Skip to main content
Marisa is a senior at Arizona State University and on the women’s rugby team. She's currently pursuing a double major in Psychology and Sociology. Marisa had the wonderful experience of living in Italy for eight weeks during summer 2014. The first two weeks she spent studying Business, Culture and Italian in Florence and the last six weeks she spent working at a non-governmental social media internship in Milan. 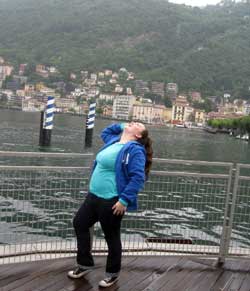 Why did you decide to intern abroad with Global Experiences?

Marisa: When I was choosing to study abroad, I knew I wanted to go to Italy more than any other country, but I did not know which program that I wanted to do. My friend told me how she did the same interning abroad program with Global Experiences and the same teacher when she went to Ireland so I did my research and immediately fell in love with the program and knew I had to do it.

The fact that it was an internship program made it that much better because then I could get a great experience, along with learning a new language, and have something great to put on my resume for my future career as a psychologist.

Marisa: I think after living in Florence for two weeks and taking the Italian language course, the language became a lot easier for me. I was able to communicate more easily, not to mention, the fact that my roommate at lived in Italy for ten months in high school definitely helped too.

I also enrolled myself in an Italian 101 course back at ASU in order to force myself to learn Italian because learning languages have always been my strong suit; however, even when I thought I was doing great with my Italian, I would run into a language barrier at the grocery store. 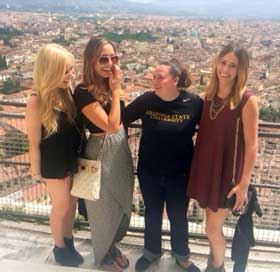 Needing to know the name of everything I needed to buy was really tough and communicating to the employees what I needed was even tougher. I think if I knew more Italian it would have definitely made a difference, but I think that is the same for any country you go to in which you don’t speak the language.

Marisa: I actually think that probably more than most people I got to see the city from a local’s perspective. I did see touristy parts as well because who wouldn’t when it’s your first time in Europe. In Florence, I definitely had a local experience because even though most of the people lived by the Duomo, I lived in the local side of town, about a thirty minute walk away.

I actually really appreciated it because I felt like I was able to live like a true Italian and it was so green by where I lived. When I got to Milan, I visited a few touristy areas, but I mainly took the subway to random areas or just walked. In Florence, I walked everywhere and almost never used public transportation because I feel like you get such a better perspective. I mean I got to witness the presidential election in Florence. How many people get to say that?

In Milan, I just went to a new area everyday, went to the Farmer’s Market, and tried the best orange juice. I was able to travel around Italy on my own or with a group too so I went to Rome, Venice, Lake Como, and Chianti. I went to Rome twice, once at the beginning and once in the middle, and I appreciated it less the area the second time because I learned to have more of an appreciation for the local area than the touristy area.

What made this intern abroad experience unique and special?

Marisa: There were many things that made this intern abroad experience unique and special. For one, I loved the people at my job, each and every one of them. Italians are more laid back than Americans because in Italy it is less of “work, work, work” and more of enjoy your time here.

My job told me to come back whenever I wanted to from my lunch break and to come in and leave the office whenever I wanted to. Living in the same dorms as Italians and other Americans from other schools was awesome too. I made so many friends and tried so many new things. 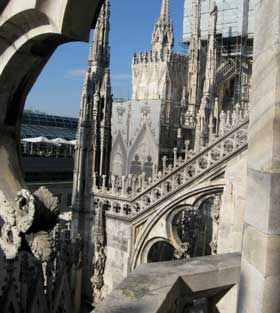 Do you think your experience changed you as a person?

Marisa: I absolutely think it did for many reasons. For one, it has made me want to dress up everywhere I go and not just throw on a t-shirt and shorts or something, which I never did the whole trip even though I always do it back home. I think it has made me open to the possibility of seeing the world more and living outside of the United States. It also gave me a better appreciation for life and the things that I have.

I worked for Reach Italia, a social media internship in which I translated from Italian to English their website blogs as well as lengthy business proposals that were to be presented in front of English-speaking sponsors in order to raise money for kids in Africa. After going through files, editing, and reading everything, it has made me see how much worse life can be in other countries and made me realize that I actually have it good.

I can think now that when I am struggling, that I can make it through and to get over it, because there are kids in other countries going through something ten times worse.

Florence is an incredible city full of history and fantastic internship opportunities. In Florence, there are international internships in nearly every career field. Some of the most popular internships include event planning, journalism, marketing, business administration, and fashion. As an intern...