Skip to main content
Stuenzi is (most recently) from Omaha, Nebraska and currently resides in Seoul, South Korea where she teaches English at an elementary school. She holds a bachelor's degree in English from the University of Nebraska at Omaha and obtained her TEFL certificate from TEFL Worldwide Prague. She enjoys writing, getting out of her comfort zone, and all aspects of international culture.

Highlights: The highlight of my trip was being able to make lifelong friendships as well as being able to live in such a vibrant and beautiful city. It was actually my second time coming to the Czech Republic but I was just as taken by its charm as I was the first time. I met several people in my course who I still talk to on a regular basis. There seems to be a special bond formed between expatriates living abroad and I am lucky to have made such dear friends. Prague is a place with such rich culture, deep heritage, and overwhelming beautiful architecture. I also feel like I gained invaluable teaching experience at a quality school which added to my positive experience in the Czech Republic. 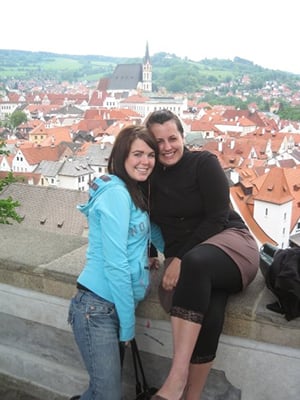 What were your plans after you obtained your TEFL certificate: I didn't have a solid plan prior to coming to Prague and taking the TEFL course. I was not the most conventional of TEFL Worldwide students (or students in general, I suppose) as I was one of the few in my course who was still in college simultaneously working on an undergraduate degree. I didn’t know how long I’d stay in Prague or if the TEFL course I was about to take would really further me in life or not – I just packed my bags and left the States hoping for the best. However, I soon realized that only through the skills I learned via TEFL Worldwide Prague was I able to stay in Europe for another six months. I ended up working near Bratislava, Slovakia teaching private one-on-one English lessons to adults and high school students. I also was able to travel a lot during this time and experience a lot of Europe. I could not have done this without my TEFL certification.

Morning: I really enjoyed the fact that TEFL Worldwide classes didn't start until 10:00am. This allowed for non-morning people, like myself, to have a little bit of time to warm up our brains before starting to work! My apartment was a short fifteen minute walk to the school and I usually stopped at the local potraviny on the way to grab rohliky for that day's lunch. The mornings at school consisted of several classes from our trainers consisting of things such as phonology, grammar, language awareness, teaching methodology as well as several demonstration lessons. We also had several Czech language lessons which allowed us as aspiring language teachers to really experience full language immersion in the classroom. Weekend mornings were more lazy - usually spent catching up on sleep!

Afternoon: Afternoons at school were usually a bit more nerve-racking at first as we usually spent them teaching actual students. There are about eight to ten hours of actual teaching built into the TEFL Worldwide course which I think is a vital part of building confidence and preparing teachers for their actual jobs in ESL teaching. It was intimidating at first but proved to be very effective in training teachers! After teaching and observations, we would usually receive feedback and then have a period of time to plan our lessons for the next day and prepare our supplies, makes copies, etc. Afternoon lunch breaks are one of my fondest memories of the course as us teachers would often spend the hour together eating and de-stressing at the small restaurant next door to the school. 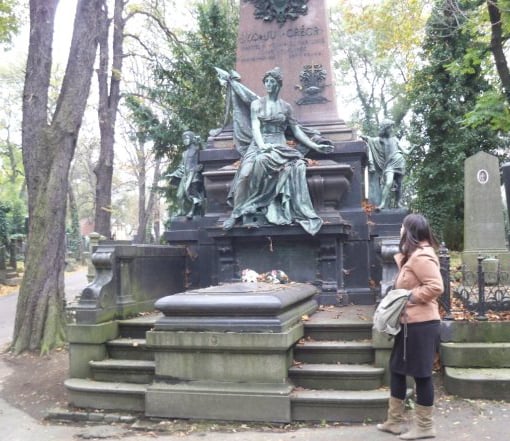 Evening: Often times we'd be at school until around 6:30 or 7:00pm preparing for lessons the next day (if we had them) and I'd usually arrive back to my apartment shortly thereafter. If I had to teach the next day, my evenings were usually spent making detailed lesson plans; if not, evenings were spent getting a pint or two with friends and letting loose for a bit. Friday and Saturday nights allowed much more flexibility and I frequently went to live shows with friends. Fall in Prague is magical and my weekends were spent exploring castles, taking in the breathtaking architecture, or drinking loads of coffee in famous coffee shops like Kavárna Slavia or Cafe Louvre (which boast such former patrons as Franz Kafka and Václav Havel).

Get paid to teach English abroad! In just 4 weeks you can become TEFL certified and begin teaching English here in Prague or all over the world! TEFL Worldwide is a leading TEFL course provider offering an accredited & internationally recognized 130 hour, 4-week TEFL certificate course in the heart...